Home InDepth Columns Fifty Years Of World Bnei Akiva
Share on Facebook
Tweet on Twitter
I recently joined an overflow crowd of more than 1,000 current or former Bnei Akiva members for a reunion at the Jerusalem Theater. We gathered for the concluding session of the 11th World Bnei Akiva Convention: A Salute to Yoske Shapira.

Greeting old friends and acquaintances was a true pleasure, especially for the participants of the first Bnei Akiva Hachshara in Israel, held during 1956-1957 in Kibbutz Yavne. It was the 50th anniversary of our year in Hachshara, and we were happy to celebrate it with the delegates to the 50th year of the World Bnei Akiva Organization.

Bnei Akiva, over 70 years old in many countries, combined its individual branches at its first convention in 1956 to form the world union. Only a few of the original Hachsharaniks were able to show up for the reunion but we were excited to find one or two friends from Hachshara who many of us hadn’t seen in 50 years. Despite the years, it was with a warm feeling of friendship that we reminisced and reacquainted ourselves. In the theater, our group (spouses included) sat in a reserved section and was presented with beautiful roses to mark our golden anniversary.

We were fortunate to be joined in the theater by the 100 Bnei Akiva delegates present. But due to the huge turnout, a large TV screen carrying the program was set up in the lobby to accommodate the guests who were unable to be seated in the theater.

The evening’s highlight was the honoring of Yoske Shapira, who served for 20 years as the first director of World Bnei Akiva. In later years, Yoske was the founder of Tehillah, which assisted new immigrants. He also founded Children, which worked with youth in the Diaspora and was in memory of children murdered in the Holocaust, and Oze, which assists young children in poor neighborhoods. Yoske was also a minister in the Israeli government from 1984-1989. He is credited with initiating the Bnei Akiva Hachshara programs in Israel.

Bnei Akiva played a very important role in my life. Without Hachshara in Israel, my wife, children, grandchildren and I might not be living in Israel today. During my formative years, my religious family was too poor to pay even the minimal tuition in yeshiva and I was forced to attend a public high school. Without Bnei Akiva, I might never have remained religious.

Later, when I entered the computer profession, jobs often required work on Friday evenings and Shabbat. It was only the influence of my Bnei Akiva friends and the religious strength I had gained in my youth that gave me the ability to refuse to work on Shabbat and to raise my children in a wholesome religious environment.

Bnei Akiva is the largest Zionist youth movement in the world. The World Bnei Akiva convention is held every five years to review past accomplishments and to plan for the next five years. At this year’s assembly, Zev Schwartz was confirmed as the new director, replacing Gael Greenwald. He succeeded Yitzchak Stiglitz, who assumed responsibility from Yoske Shapira. They were all honored at this 50th anniversary celebration.

One hundred young delegates from 25 countries of the earth’s four corners were represented, including from the U.S., Canada, South America, Europe, Russia and South Africa. Many plan to settle in Israel in the coming years, while some plan to return to their native countries and serve as future Jewish leaders.

The central theme of the convention was pioneering (chalutziut). In that spirit, each delegate pledged to do their utmost to encourage both Jewish religious practice and the making of aliyah.

During the convention, the young delegates visited Sderot, the city under constant rocket attack, along with the northern cities of Israel. They also spent some time participating in mitzvah projects.

It is very thrilling for the youngsters to gather at a convention with others from around the world who share the same Zionist religious agenda. Please encourage your children to join Bnei Akiva, attend Camp Moshava and come spend a year in Israel on the Bnei Akiva Hachshara. 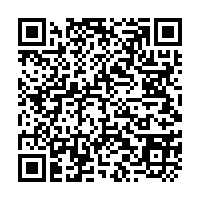