Hirsi Ali’s comments were stark. And bleak. And frightening.

She wrote about how anti-Semitism is instilled into the Somalian community from the youngest age, and how hating Jews is as natural as breathing air. This, despite the fact that almost no Somalian ever encountered a Jew in their lives. Hirsi Ali wrote how she had to unlearn her prejudice, and she wonders whether Ilhan Omar (and presumably all people from Somalia) will ever be able to unlearn the deep Jew-hatred endemic in that society.

Linda Sarsour, a Palestinian-American Muslim woman came to Omar’s defense on the charge of antisemitism and said that “white Jews” tried to characterize Omar as an anti-Semite just because she’s a black Muslim woman – inverting the charge to white Jews being the racists. Sarsour contended that Jews think that Muslims are anti-Semites by default, “guilty until proven innocent.” Sarsour seemed to skip the uncomfortable fact that Omar made anti-Semitic statements again and again and again (let alone black non-Jews like Hirsi Ali pointing out Omar’s antisemitism).

According to the ADL, once a country passes the 95% Muslim population threshold, almost every single man and woman hates Jews. In countries like Somalia (homeland for Omar and Hirsi Ali which was not polled by ADL which is 98% Muslim) including Yemen, Iraq, Algeria and Libya, the adults in those countries are 89%, 92%, 87% and 89% antisemitic, respectively. Sarsour’s Palestinian territories are 92% antisemitic.

For Sarsour, a Jewish organization which shows the antisemitism in Muslim societies must itself be racist, as well as those who read and believe the poll’s findings.

Omar, Sarsour and fellow Muslim woman Rashida Tlaib (D-MI) are proud anti-Zionists who attack Israel with “apartheid” charges, perhaps failing to realize that the “white Jews” who descended from Europe and Russia are a minority in Israel, while the majority of Jews are from Arab, Muslim and African countries, Jews of color. They fully engage in the most liberal country of the entire MENA (Middle East and North Africa) region, making a new life in the Jewish State after they and their families were expelled and forced to flee Muslim lands.

By constantly calling themselves “Muslim women of color”,  combining every minority element in the U.S., these women are directing their bile not just at non-Muslim white people, but men in particular.

Interestingly, the ADL polls of 2014 and 2015 show that in almost every single country and for every question, men are indeed more likely than women to be antisemitic. However, in a few instances, such as in the United States and the United Kingdom, women are more likely than men to believe that: Jews are hated for the way they behave; don’t care about anyone but fellow Jews; are more loyal to Israel than their country; and that they talk about the Holocaust too much. These antisemitic attitudes are in contrast to men who are more focused on perceived Jewish “control” over the financial markets, the media and US government. Omar, Tlaib and Sarsour clearly don’t think much about Holocaust appropriation, and are seemingly leaning in to cover all manner of antisemitic tropes.

And for a moment of clarity, it is worth noting that Hirsi Ali’s conversion from Islam to Christianity is not simply an affront to Muslims, it is an act of apostasy that is illegal throughout the Muslim world. In some societies – like Sarsour’s and Tlaib’s Palestinian Arab community – the majority of people believe that apostates should be subject to the death penalty. It seems that for these intersectional women, there is nothing worse than breaking from the narrow wisdom breast-fed since birth.

With such orientation, it makes the discussion of antisemitism between Muslim women and a former-Muslim woman that much more interesting. Did Hirsi Ali need to leave Islam to purge her prejudice? One data point does not make for a compelling argument.

Muslim women calling “white Jews” in America and Jews of color in Israel racists does not make any of the Jews racists, it simply adds to the long list of antisemitic smears from a handful of anti-Semites who should be given no air. And it leads one to unfortunately conclude that many leading American Muslim women may never unlearn their antisemitism, as much as a leading Dutch apostate might desire.

Republican Scrutiny and Democratic Empowerment of Muslims in Minnesota 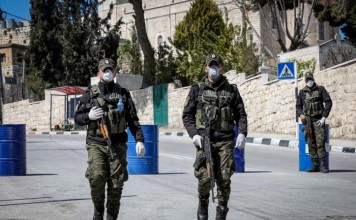 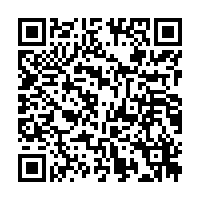