Wild fires broke out in numerous locations around the Jewish State on Wednesday due to extremely high temperatures and dry conditions in the region; however, there is also a possibility that at least some of the fires were deliberately set.

It’s not yet clear whether or not arson terror has played a part in the rash of fires, as was proved in in the past when fires began springing up around the country during hot spells, when small flames can easily catch hold and quickly spread.


But regardless of the cause, the Israel Fire and Rescue Services Department has been forced to declare an emergency situation, canceling all firefighter vacations. All firefighters were asked to report for duty.

At least five people were treated for smoke inhalation by 4 pm Wednesday at various sites around the country.

In an area east of Tel Aviv, near the city of Or Yehuda, residents in the first row of homes in the neighborhood of Ramat Pinkas were also forced to evacuate after flames began to burn at least five buildings in the town. Access to the town was blocked and a 64-year-old man received treatment for smoke inhalation as firefighters battled the blaze.

By mid-afternoon, Israel Police had ordered the evacuation of all homes in the communities of Aderet and Neve Michael, both of them located south of Beit Shemesh. A large forest fire was threatening the communities, officials said. At least 10 firefighting teams and six firefighting aircraft were engaged in battling the blaze, which appeared to be drawing closer to the homes in the area. Fire Department officials said police officers were going from door to door in both communities to ensure that every resident left their homes.

Firefighters gained control of the rapidly-spreading fire that had forced the residents of Shavei Shomron to evacuate their homes earlier in the day. The blaze damaged some of the homes in addition to one commercial building and some of the community’s infrastructure.

At the nearby village of Deir Sharaf, a car park also went up in flames, with damage reported to a number of homes in that community.

In Haifa, firefighters battled a blaze on a hail near the neighborhood of Neve Sha’anan.

Firefighters and firefighting aircraft were working to get control of a large fire near the Arab town of Barta’a in Wadi Ara that forced the evacuation of residents in nearby Ar’ara and Katzir. Four homes were burned down in Ar’ara. Two women were treated for smoke inhalation in that area.

A fire in the Lower Galilee near the Arab town of I’billin also kept firefighters busy in the afternoon hours. Two men were treated for smoke inhalation at that site.

Firefighters were continuing to battle a blaze in a grove along Route 42 near Kfar Aviv. Another grove was also in flames along Highway 444 at Sde Hemed, with three firefighting teams operating to get that fire under control. A grove that went up in flames along Route 40 at the entrance of Moshav Nahalim was reported to be under control, with two firefighting teams at that scene. 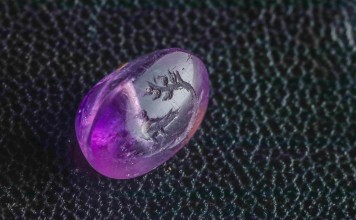 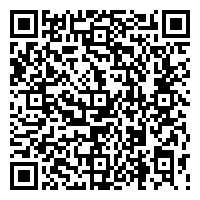