Israel is a country that understands security concerns. Many civil rights have been sacrificed in the name of security and Israelis are used to being checked every time they enter a shopping center, a large store or any public building. Americans recently learned that they, too, are subject to many checks on their most private activities.

When President Obama proclaimed in 2007 that he would put an end to all forms of spying on U.S. citizens not suspected of a crime, he may have thought that it would be possible to change the rules that President Bush had put into effect. Six years later we find that not only has President Obama continued domestic surveillance of citizens, but that he has greatly increased its scope. A recent leak revealed that the NSA is spying, via software systems like PRISM, on almost every American citizen by monitoring their online activities, such as on Facebook and Google.

It seems that the president used lawyer speak when he stated, “No more illegal wire-tapping.” Wire-tapping was made legal under the Patriot Act, therefore it is no longer illegal to monitor every American’s daily activity. Much of this information was revealed by Edward Snowden, a highly talented former technical assistant for the CIA (who is now reportedly hiding in Hong Kong and being offered possible asylum by Russia). Another former government official, William Benney, reported that the government currently intercepts and possesses copies of almost all e-mails sent and received in America. A profile of every person referenced in the e-mail is stored. It is scary.

The question is whether this spying on citizens is good or bad. In Israel we are aware of the overriding importance of security and have learned to accept much of this invasion of our privacy. We love liberty and freedom, but fear terror more. It is not considered politically correct in the U.S. to call it “Arab terror,” but that is what it basically is. Israel’s liberal attitude towards its Arabs requires us to be ever vigilant that the “peace loving” Arab neighbor of today does not strap a bomb under his shirt tomorrow and blow up the bus we are riding on.

With the huge influx of Arabs into the United States, all U.S. citizens are slowly waking up to the great need for the continued curbing of everyone’s basic freedoms. The Arab terrorists use fear as their major weapon and you never know when terror will strike your subway train, bus or aircraft. To maintain our liberal approach to all people, Israelis are willing to suffer the indignities that the American travelling public has also become used to.

On our recent trip to the Unites States, we did not see any passenger in the airport who objected to being x-rayed or strip searched by the clumsy guards. It has become second nature to American citizens to be searched at airports, and they are now learning that all of their e-mails, browsing, shopping, telephone conversations and personal activities are also being monitored daily via the technical advances of backdoor spying methods, and that the data is being stored in Fusion Centers. These centers accumulate the information and turn it into “actionable intelligence” to protect the U.S. from another terror attack. There is no longer any need for a reasonable belief of wrongdoing. Everyone is subject to government monitoring.

Every corporation, from AT&T, Verizon, Facebook, Microsoft and Yahoo, to your local bank, shopping center and credit card company, while not directly cooperating, is aware that its customers are being monitored by the government. Men of principle are opposed while honest men feel they have nothing to hide and may be willing to suffer the indignity of Big Brother watching them. What do you think? 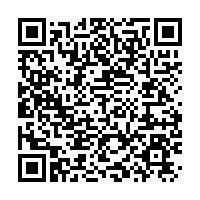