The title above is a lovely thought. Unfortunately, there are too many times when Israeli Orthodox Jews behave in very divisive ways. I have mentioned, on occasion, that it would most probably bring the Mashiach if Orthodox Jews in Israel were ever to unite. We are so divided politically that Sephardi Jews will not support Ashkenazi Jews and Ultra-Orthodox Jews will not work with the Modern Orthodox or with the Zionist Orthodox.

There are even some Orthodox Jews who would rather support the anti-Orthodox Yair Lapid (Yesh Atid Party) or the Labor Party. We are so divided that we cannot expect the non-religious to do anything but laugh at our folly and exploit our “liberals.” If all of the Orthodox candidates would ever join together, we would have the largest Israeli political party and possibly even be able to form a coalition and have an Orthodox prime minister. But, I guess we will have to wait for the Mashiach for that to happen.

We recently celebrated Israel Independence Day, which is also my haredi grandson’s birthday. I went to visit him and his family in the city of Kiryat Sefer. Kiryat Sefer is populated exclusively by Ultra-Orthodox (mostly Ashkenazi) Jews. It is right across the road from Hashmonaim, and, like Hashmonaim, it is across the old Green Line separating pre-1967 Israel from modern Israel, but the two communities are in different worlds.

A visitor to Hashmonaim during the weeks prior to and after Israel Independence Day would see Israeli flags flying from every house, lamp pole and almost every car. Less than five minutes away, also in Judea and Samaria, when you enter Kiryat Sefer, not one Israeli flag flies from any light pole. No windows or balconies have festive lights or flags. It is Sefirah, a time of mourning, and no joy of Israel’s independence is celebrated.

The boys attended school, the stores were open, men and women went to work and no special prayers were said. Some residents were aware that it was Independence Day because they had heard and seen the firework displays from neighboring communities. They heard the siren ending Memorial Day but it meant nothing to them. Their world is insular and they feel no need to be part of the rest of Israel. My grandsons had responses to everything. “It is not our State,” “Israelis hate us,” “We have our own celebrations and we do not need theirs!”

How sad. Less than half a mile separates our two religious communities, yet we cannot celebrate together. Oh, there are many wonderful people and many fantastic acts of chessed in Kiryat Sefer, but we are not united. I know that Kiryat Sefer is a community of mitzvot. Neighbor helps neighbors and the list of gemachim in their community phone book is many pages long. Their Torah study is almost unparalleled and even at recess time the teachers and some students sit with a sefer. Everyone is strict in the observance of mitzvot and the community is warm, caring and mutually supportive.

Celebrations and commemorations of greater Israel, however, is another matter. No Israel Independence Day, no Memorial Day, no Holocaust Day. They isolate themselves from their fellow Jews and some even mock and ridicule what the Zionist and the non-religious Jews do.

When I walked back to my parked car in this religious community, after visiting my children and grandchildren, I noticed that the Israeli flag hanging from my car window had been broken and stolen. It was done, most probably, by a youngster. I guess some are also taught to hate. How sad. 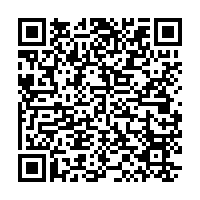