I’ve heard suggestions that Israel should be looking east for allies, rather than toward the U.S. and Europe. Judging by the four point “peace plan” proposed by Chinese President Xi Jinping while both PM Netanyahu and Mahmoud Abbas were in China, maybe that wouldn’t be such a good idea. Do we really need another plan that doesn’t mention recognition of Israel as a Jewish state?

Here are the four points, with a few comments interspersed. You can decide for yourself if this represents a positive breakthrough.

First, the right direction to follow should be an independent Palestinian State and peaceful co-existence of Palestine and Israel. To establish an independent state enjoying full sovereignty on the basis of the 1967 borders and with East Jerusalem as its capital is an inalienable right of the Palestinian people and the key to the settlement of the Palestinian question. At the same time, Israel’s right to exist and its legitimate security concerns should also be fully respected.


Just in case we have any question about whether the Chinese are taking sides, the “Palestinian people” have “inalienable rights” to specific territory while Israel has only a “right to exist.” The word “legitimate” is ambiguous, too — does it mean that Israel’s concerns are legitimate, or does it mean that only “legitimate” concerns should be ‘respected’?

As we know, there are no “1967 borders,” only 1949 armistice lines which neither side accepted as having any permanent significance, and which were understood by the drafters of UNSC resolution 242 as needing to be replaced by “secure and recognized” boundaries. And if “full sovereignty” includes militarization and control of airspace, then that is simply inconsistent with Israel’s security.

Second, negotiation should be taken as the only way to peace between Palestine and Israel. The two sides should follow the trend of the times, pursue peace talks, show mutual understanding and accommodation, and meet each other half way. The immediate priority is to take credible steps to stop settlement activities, end violence against innocent civilians, lift the blockade of the Gaza Strip and properly handle the issue of Palestinian prisoners in order to create the necessary conditions for the resumption of peace talks. Comprehensive internal reconciliation on the part of Palestine will help restart and advance the Palestinian-Israeli peace talks.

Ending violence against innocent civilians, if this means stopping Arab terrorism, would be great. But keep in mind that the PLO promised — when it signed the Oslo accords, and received weapons, money and training for its “police force” — to do just that. PLO-supported terrorism continued, before, during and after the murderous Second Intifada, under Arafat and Abbas, on both sides of the Green Line, and is even increasing today, giving rise to fears of a third intifada. So any agreement must include a way to ensure that the PLO would honor it, as well as a way to restrain Hamas and the other extremist factions.

I recall the ill-fated “Road Map,” whose full name was, “A Performance-Based Road Map to a Permanent Two-State Solution to the Israeli-Palestinian Conflict.” It called for “ending terror and violence” and stopping incitement as part of Phase I. Supposedly there would not be a Phase II if this didn’t happen. Of course it didn’t. Along the way, the idea of conditioning Israeli concessions on Palestinian performance seems to have been given up.

Regarding “settlement activities”: the argument has been that even if a “settler” adds a bedroom onto his house within an existing settlement, then he is somehow creating facts on the ground which prejudice a future agreement with the Palestinians. This is illogical, considering that (a) the settlement blocs where most Jews live are expected to remain part of Israel under any reasonable agreement, and (b) there is established precedent for Israel withdrawing from inhabited settlements.

But more important: Arabs, too, are building “settlements,” especially in Area C, the part of Judea/Samaria that is supposed to be under full Israeli control. Will they agree to stop their “activities” as well? Because they are the ones creating facts on the ground today. 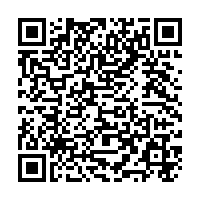