In my last article, I mentioned how divided Orthodox Jewry in Israel is and I would like to expand on that theme.

The Israeli Parliament is usually controlled by a coalition of different political parties because no one party receives enough votes to have a majority. Unlike in the U.S., where there are two major political parties and one of the two political parties commands a majority of the seats in the Senate and/or in the House, in Israel the government is composed of many, many small political parties, each pushing its own agenda. In the recent elections, there were 34 of the 96 registered parties vying for seats in the 120-seat Knesset. Twelve of these parties won seats and the result was that the Likud (Nationalists) and the Russian Coalition won 31 seats. They were the largest party and as such were asked to form a government and find enough partners to control a majority (of at least 61 seats).

The Likud formed a coalition with the Yesh Atid Party of Yair Lapid, which had won 19 seats. They also joined with Habayit Hayehudi (Religious Zionists), which had won 12 seats, and with Tzipi Livni, who had won six seats, etc. thereby achieving a majority. As you may imagine, each of the parties has a different political agenda and governing the country is very difficult when the prime minister has to take the needs and promises of each of the coalition partners to its constituents, into consideration.

As I mentioned in my previous article, one of the amazing aspects of Israeli politics is the animosity between the religious parties. The ultra-religious, Sephardic Shas Party often pushes to exclude the Zionistic Bayit Yehudi Party and does not encourage coalitions with the haredi Ashkenazi Degel Hatorah/Aguda Party. There are also several Orthodox politicians who refuse to join Orthodox Parties and insist on supporting non-religious (Labor and Likud) or even anti-religious (Yesh Atid) parties.

Today, with only about 60% of the population voting and with many Orthodox Jews religiously opposed to voting, the religious parties have thirty seats in the Knesset (almost as many as the Likud/Russian Party, currently the largest party in the Knesset). There are six religious Knesset members in the Likud Party, three in Yesh Atid and one in Tzipi Livni’s party. If just these Knesset members would have joined a United Religious Party, the Likud, the largest party, which was asked to form the government, would have had only 25 members and the URP which would have had forty members would have been asked to form the government. They would have needed only 21 additional coalition members and could join with Labor or Likud, etc. to form a government.

How different Israel would look. There are, of course, those who say that the religious cannot or should not run the Israeli government because they have little experience and there would be many halachic problems. These are not really viable arguments because already today some 53 Knesset members are newcomers with little experience and because people adhering to halacha would have to be capable of running a government. The rabbis would have to find a way to allow a religious prime minister to manage the country. 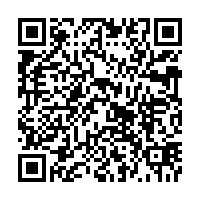