“This area is under Muslim sovereignty,” the senior officer on the Temple Mount said to me.

“I thought that we were in Jerusalem, the capital of Israel,” I answered, as I set out on a series of letter-writing campaigns and meetings with the chief of Israel police, the attorney general and the minister for internal security.


What the officer on the Temple Mount told me was ultimately endorsed by the police chief. For the first time, he admitted that the prohibitions on the Jews who visit the Temple Mount are not due to security considerations. Rather, they exist simply because sovereignty over the Temple Mount was transferred to the Muslims and they are the ones making the rules there.

In the dark, totally against the law, without any Knesset decision or public debate – the Temple Mount, the heart of our nation, was transferred to foreign rule.

When all the public officials to whom I turned were painted into an indefensible legal corner, the prime minister shouldered the responsibility and two weeks ago issued a direct order prohibiting me from visiting the Temple Mount. This completely contradicts the Jerusalem Basic Law, the Knesset Basic Law and the Honor and Liberty Basic Law. It revokes Israeli sovereignty in the heart of Jerusalem and tramples the Knesset’s authority. It crosses a clear, thick red line and rewrites the rules in a way that does not allow me to continue my political activities – as if nothing has happened. I still remember well how, before the Expulsion from Gush Katif, I begged Likud ministers to resign their government positions in protest. “If we resign,” they answered, “the government will not fall. But we will not be able to influence its decisions or help.”

We all know what happened in the end. When a public figure does not know how to identify the red line and plays by the old rules in the new reality, all is lost. Always.

Throughout the years that we have ascended the Temple Mount, we have gotten used to the disgraceful reality whereby a member of the Muslim wakf, accompanied by an Israeli police officer, follows us and spies on our lips – to ensure that no Jew, heaven forbid, moves his lips in prayer at the site of his holy Temple. If a Jew dares pray, the wakf representative will demand the Jew’s arrest – and the Israeli officer will quickly comply. This is an abominable prohibition, more severe than the prohibition that the Muslims imposed on Jewish prayer at the Cave of Machpelah in Hebron. There, in pre-state Hebron, the Muslims allowed the Jews to approach the seventh step leading to the Cave and to pray there. But at the Temple Mount, under Israeli rule, so to speak, the prohibition is all encompassing and strictly enforced.

But we, the visitors to the Mount, got used to it. And habit erases every abomination. In the days of the Hasmoneans, we got used to the fact that before her wedding, every Jewish girl would first have to spend the night with the Greek ruler. Later in history, we got used to the initial decrees of the German conquerors. Today, we get used to the loss of our legitimacy, to the hypocritical Turkish demands that we apologize, and to the Chinese spitting in our faces during Prime Minister Netanyahu’s official visit there. We get used to it and, in the end, pay a very high price.

The same is true for us, the visitors to the Temple Mount. We were so anxious to serenely return the Jews to the Mount. We bit our lips, acquiesced to the abominable prohibition against prayer and, over the years, got used to the humiliating guard at our side.

Now we see that this abomination is not localized to the wakf representative facing the simple Jew visiting the Temple Mount. The abomination is an expression of the situation on the highest levels: the conduct of the Muslim leadership against the Israeli leadership.

There in the upper echelons, instead of the wakf, the Israeli police officer and the Jew who wants to pray on the Mount, we have the king of Jordan, the prime minister of Israel and a member of Knesset who wants to enter Judaism’s holiest site.

This column was translated from Hebrew; it originally appeared in Makor Rishon. 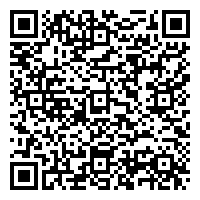