In the summer of 2005, one month before the Gaza Disengagement, I sat in the visitors section of the Israeli Knesset on a tour with my family. Through the glass partition that separated us, I looked down and recognized the face of Ehud Olmert among several Knesset members. I am sure he saw us too.

After a few minutes a security guard approached us and pointed to my purse, which was propped up in front of the glass partition. It had a bright orange ribbon tied to it. “Either you remove your purse,” he demanded, “or you must leave.”

“Because it’s disturbing to the Knesset members below,” he replied.

I don’t remember how long it took for us to leave, but I do remember I had no doubt as to who was so disturbed by the orange ribbon. Olmert, who was then finance minister, had reason to feel uneasy. After all, he had become a champion of withdrawal from Gaza (and would soon follow that up with his “realignment plan” to unilaterally withdraw from most of the West Bank) after years of having opposed withdrawing from any land captured in the Six-Day War.

Olmert had adamantly voted against the Camp David Peace Accords in 1978. In a 2005 confession tinged with irony, he said, “I voted against Menachem Begin, I told him it was a historic mistake, how dangerous it would be…. Now I am sorry he is not alive for me to publicly recognize his wisdom and my mistake. He was right and I was wrong. Thank God we pulled out of the Sinai.”

Perhaps Olmert, currently serving a prison sentence for bribery, can make another confession from his jail cell – admitting that both he and Begin were wrong. Sinai is now overrun with ISIS, a threat to both Israel and Egypt. And the danger of rockets and tunnels from Hamas in Gaza has gone unabated even after the 2014 Gaza War.

What makes Olmert’s ideological malleability so disturbing is that it is not unique. The phenomenon of politicians entering the revolving door of Israeli politics as hawks and exiting as doves is disturbingly commonplace.

Last month brought the ouster of Moshe Ya’alon as Benjamin Netanyahu’s defense minister. For years a reliable hawk (he attributed his initial support of Oslo to “naiveté” and was a vocal critic of the Disengagement – a position that cost him his job as IDF chief of staff), Ya’alon recently charged that “extremist and dangerous elements have overrun Israel as well as the Likud party.”

Ya’alon also rushed to condemn a soldier in Hebron for shooting to death an injured Palestinian terrorist and then rushed to defend IDF deputy chief of staff Yair Golan for comparing Israel to pre-Holocaust Germany at a Yom HaShoah ceremony. Perhaps such behavior is not such a stretch for a defense minister who oversaw Operation Protective Edge two years ago in Gaza by having the IDF retreat after suffering 70 casualties in two months, only to have the tunnels and the rocket attacks return. Maybe Ehud Barak is to be believed when he says Ya’alon thwarted a plan to strike Iran’s nuclear facilities in 2011.

Ya’alon is the latest in a long line of stalwart soldiers-turned-soft-headed politicians. The celebrated war hero Yitzhak Rabin ushered in the devastating intifada with his delusional Oslo Accords. Netanyahu, who vociferously criticized those accords, surrendered Hebron during his first go-round as prime minister in the late ‘90s and endorsed the two-state solution shortly after returning as premier in 2009.

Barak, another highly decorated soldier, ordered the IDF to scurry out of Lebanon in 2000 with its tail between its legs, a move that paved the way for Hizbullah’s ascendance in that country. And had Yasir Arafat accepted Barak’s offer of much of Israel during the 2000 Camp David Summit, there would have been little of the country left for Barak to govern.

And of course there’s no need to rehash in detail the destruction wrought on Israel by the Disengagement brainchild of Ariel Sharon, the once quintessential Israeli tough guy.

So what exactly is in the Knesset’s drinking fountains? Why the prevalence of leftward tilting in higher office?

Perhaps today’s leaders drank from ancient waters infused with historic precedent. Although they cannot rightly be compared to leaders of biblical times, they would do well to remember the famous story of King Saul, who pitied Agag, the king of Amalek, and allowed him to live against God’s will. Saul attributed his behavior, which allowed for perpetuating the generations of Amalek, to that day’s equivalent of political correctness: “I feared the people and I hearkened to their voice.” (Samuel I, 15:24)

Israeli leaders have been too ready to cede to demands undercutting Israel’s sovereignty, thereby ceding their responsibility to protect their citizens. Each capitulation is met with increased terror, threats, and demands. Bending to this kind of pressure only exposes a leader’s weakness and, worse, his devotion to political expediency.

It is difficult to accept Ya’alon’s insistence that he was simply naïve years ago when he believed more in the redeeming qualities of Arafat and his successors than in the overwhelming evidence of the incorrigible nature of terrorists. “Hearkening to the voice” of international pressure or rabble-rousers from within, even at the risk of Israel’s safety, only underscores the self-promoting aspect of such a justification. And it is even more difficult to listen to Ya’alon’s acknowledgment that he’s “not a supporter of ‘Greater Israel’ ” when that ideology is the only guarantor of Israel’s security.

In addition to the scourge of BDS, Israel faces increasingly hostile pressure from abroad to make concessions to an enemy who won’t recognize its right to exist. The recent Paris Initiative, pushed by France because it “felt compelled to act,” was designed with the intention of imposing negotiations on Israel. France invited Secretary of State John Kerry, UN Secretary General Ban Ki-moon, and representatives from the Arab League and the European Union. Israel was conspicuously excluded (as, for that matter, were the Palestinians). Talk of concessions, however, was not. 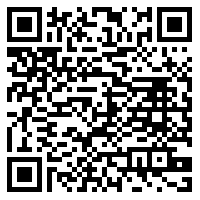