“The most basic question is not what is best, but who shall decide what is best.”–Thomas Sowell

“Moshe Emet VTorato Emet” (Moses is true, and his Torah is true)–Chazal

Like many writers and researchers, I frequently scour the sewer of the web to see what’s out there, and to stay abreast of issues from different perspectives, including the worst expressions of self-hating Jews. Back in the day, I would occasionally pick up a copy of the virulently anti-Semitic NY newspaper, “The Amsterdam News” to stay abreast of what black supremacists of urban America and New York had to say about Jews. It was a mouthpiece for the Khalid Muhammeds, the Louis Farrakhans, the Al Sharptons, and the Jesse Jacksons of the world. After scouring the paper and clipping out any pertinent data, the paper itself was good for cleaning up___(fill in the blank).

Let me be clear: Haaretz is a vile left-wing rag fit. Fortunately, we can read many of these rags online today which saves us from having to purchase such filth. Haaretz offers a window into the twisted brain of the extremist left-wing Jew. I punished myself (for the greater good of course) to read a curious article in Haaretz about the notorious “Hayovel Ministry” and other evangelical missionary groups who contribute so much money and voluntarism in Judea and Samaria.

The import of the Haaretz investigative article, Inside the Evangelical Money Flowing into the West Bank by Judy Maltz, is NOT the author’s leftist biased positions. The bias is nakedly apparent. More interesting were the statements and perspectives of several of the key Jews and gentiles involved in this madness. In large measure the article confirmed many of the troubling things we have been saying for years, both in the candor of responses as well as the lies, distortions, and gross generalizations. After all, Hayovel’s success (along with many other evangelical organizations) in planting roots in Judea and Samaria, could never have happened without an effective campaign of misinformation and outright lies, disseminated to the masses. All with the help of Jew of course.

In this context I present: 10 things learned from the recent Haaretz piece on “Hayovel Ministry” and other evangelical groups

It is equally inaccurate to say that MOST rabbis in the Shomron support such measures. To my knowledge there are only two very prominent personalities who have taken an open position on these issues. Many prominent Rabbis in Israel have issued rulings in opposition to accepting funds or forging relationships with Christians. For an excellent compilation of classic and more recent Torah positions, check out: https://jewishisrael.com/page/halachic-rulings-opinions-and

Ironically, neither of these Israeli born Torah scholars understand the complexity of evangelical issues. They have clearly displayed this over the years. The evidence is simply overwhelming. Furthermore, they and their handlers have denied Jewish activist’s opportunities to present the case to them. This is a critical point. Tommy Waller has a better chance of speaking with Har Bracha’s Rabbi Melamed than good Torah Jews on the scene who were repeatedly denied an audience with him over the years.

FACT: Several of the most knowledgeable experts on the scene are righteous converts to Judaism who lived as evangelicals for years. The attempts to destroy their reputations by certain people is a chillul Hashem and a blatant violation of biblical prohibition.

Nevertheless, it IS true that a terrible normalization has occurred over the years through a savvy campaign of hiding information from the public, abrogating basic halachic/hashkafic mores relating to interfaith dialogue, sanitizing Hayovel and other groups, isolating rabbis from missionary experts, and demonizing the few vocal activists on the scene.

To hear it from (Nir) Lavie, there is no reason to take pity on him or his business.

Asked if the winery was profitable, he responds: “Baruch Hashem” (“Thank God”). He becomes more defensive, though, when asked how much money he saves from all the free help. “And what about the kibbutzim?” he responds angrily. “They didn’t save money with all their volunteers from Holland and Sweden?”

He has a point, of course, except that volunteers on kibbutzim traditionally received room and board in exchange for their work. Hayovel volunteers do not; they are required to cover all their expenses on their own.

This is big business. Many self-appointed leaders, rabbis, and organizations have made lucrative businesses and are earning large salaries courtesy of these obscene relationships with evangelical missionaries. “Lipkin Tours” dominates a peculiar form of Christian tourism, catering largely to some of the most aggressive missionary organizations in the world.

“On Haaretz’s visit to Har Bracha, volunteers from the United States, Sweden, Norway, Hong Kong, Austria and New Zealand could be heard singing Christian hymns as they picked grapes in the vineyards owned by Tura Winery. Some of the women had babies strapped to their backs as they moved up and down the rows.”

In summation, Haaretz may feature an investigative article on Hayovel and other groups from time to time, but it isn’t because they give a damn about the evangelical threat to Jews. As craven lemmings they wish to demonize the Jews who live in our liberated regions. They hate anything that contradicts their socialist model. The irony is that we have three threats exhibited in the article. The biased Jewish Hellenists who don’t like religious Jews or evangelicals because neither has a tolerance for abortion on demand or gay rights, the enabling Jews who flout Halacha and halachic precedent to form forbidden relationships, and the Brother Esau types who play the part of Santa year-round.

I want to reiterate what I’ve been saying for years. Some of us will never cede ground regardless of what they throw at us. Here’s a tasty morsel to throw out: There are some promising upcoming joint endeavors on the horizon to address these critical issues. With Hashem’s help, many more Jews will open their eyes to the missionary contagion infecting our holy soil, as they become more educated.

Chanukah and Purim epitomize the two types of war the Jewish nation faces throughout history. The threat of physical and spiritual extinction. Every G-d fearing Jew knows that missionaries deserves the same fate as the physical Amalekite. This is basic Torah, despite what spokespeople for Israel365 may say on the matter. Evangelicals and Jews are not natural allies. We are the most natural of enemies. They wish to replace us, and when that term became provocative, they developed and evolved the doctrines of restoration (Esav Exposed) to say what they really want to say in nicer cryptic ways.

Chanukah may be over, but as I noted recently, the war for Chanukah is never over. It is a lifelong war until the arrival of the true Jewish Moshiach, who will be a man of flesh, and not some reincarnated composite of ancient pagan religions. Hashem, please give us the will and the wisdom to combat and destroy our enemies. Whether it be the sword wielding crusader, the smiling apostate, or the Ishmaelite fiend with a vest of explosives strapped to his person. Or the grinning “Brother Esau” who wishes to hug us with a deadly embrace. Beware his teeth. 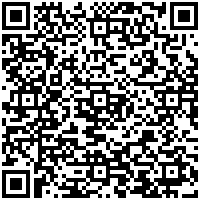