This year, one of America’s leading newsmagazines decided to send a memorable Rosh Hashanah greeting to Jews all over the world.

On the cover of its latest issue, Time magazine placed a large Star of David made of white Gerbera daisies, in the middle of which was superimposed large black text triumphantly declaring: “Why Israel Doesn’t Care About Peace.”


So even as Jews everywhere were gathering in synagogues for the start of the High Holidays to plead with the Almighty for a year of peace, the editors at Time were busy depicting the Jewish state as a rogue, war-mongering entity.

Ironically enough, the issue in question is dated September 13, 2010, which is precisely 17 years to the day since Israel signed the Oslo accords with the Palestinians on the White House Lawn.

Nonetheless, despite nearly two decades of Palestinian terror, violence and rejectionism, it is Israel – and Israel alone! – that is singled out for blame by Time.

But the irony doesn’t end there. Just days before the magazine came out, Israeli Prime Minister Benjamin Netanyahu had succeeded in getting Palestinian Chairman Mahmoud Abbas back to the negotiating table in Washington.

It was of course Netanyahu – not Abbas – who pushed for these talks to take place, and the Palestinian leader was practically hauled yelling and screaming by the Obama administration into this process.

So it is simply astonishing how the learned journalists at Time would choose to lambaste the Jewish state precisely when it is making a monumental effort to achieve peace with a Palestinian “partner” who could not possibly care less.

Indeed, the PLO propaganda department couldn’t have asked for more.

It would be easy, of course, to dismiss this as just another example of the mainstream media’s callous and methodical bias toward Israel. After all, hardly a week seems to go by without someone blasting Israel for having the nerve to continue to exist.

But this is different – both quantitatively and qualitatively.

Think about it. In every train station and airport, every newsstand and corner store where Time is sold, millions of passersby who glance at the cover will quickly take in the nefarious message that Israel is the obstacle to peace.

They don’t even need to open the magazine to come away with the idea that those pesky Jews are at it again, blocking any hope of reconciliation in the Middle East.

But that is just what’s on the cover. If you bother to read the article inside – and I strongly suggest that you don’t – it will leave your bottom jaw swaying in the wind like a cartoon character gripped in a state of shock. For Time has managed to publish perhaps the most insidious and anti-Semitic cover story to grace a major publication in recent memory.

I’ll spare you the details, since it will only serve to raise your blood pressure, but suffice it to say that the primary thrust of the article is quite simply that Israeli Jews care more about money than about peace.

The article, by Karl Vick, states: “the truth is, Israelis are no longer preoccupied with the matter. They’re otherwise engaged; they’re making money.”

Yes, that’s right: it is all about Jews and money in Time’s distorted take on the world. The only thing missing was a caricature of a hooked-nose Shylock demanding an ounce of Arab flesh.

Quite frankly, you don’t need to be a scholar of Medieval Jewish history to realize that accusing Jews of caring more about cash than calm is a throwback to some of the darkest and cruelest of anti-Semitic libels.

Yet the editors at Time either didn’t know or care whom they were offending.

If you are like me, you probably stopped reading magazines such as Time many moons ago.

In the age of the Internet and cable news, a weekly newsmagazine has come to resemble a stale croissant. It may look enticing, but it offers little in the way of meaningful taste or experience.

But we cannot and should not underestimate the damage that the Time story can cause to Israel and its image.

It sends a clear signal to journalists everywhere that they can feel free to cross the already nebulous line between being anti-Israel and anti-Semitic with little to fear.

It is therefore imperative that a strong and compelling reaction be sent to those behind this outrageous and offensive assault on Israel and the Jewish people.

If Time’s editors think that all we Jews care about is money, then I say let’s hit them where it will hurt them the most – in their pocketbook.

If you are a subscriber to Time, cancel your subscription. Don’t visit the magazine’s website, don’t follow links to Time’s articles, and shower Time’s editor with letters of outrage. And let your friends and neighbors know they should not purchase this magazine.

Let the publisher and editors of Time learn the most basic lesson of a consumer economy: if you insult us, not only won’t we buy your magazine, we will do our darndest to make sure no one else does either.

Michael Freund is founder of Shavei Israel (www.shavei.org), a Jerusalem-based organization that helps “lost Jews” return to Zion. His Jewish Press-exclusive column appears the third week of each month. 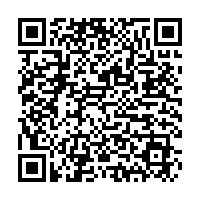