It’s time American Jews speak out loudly against this discriminatory stance, particularly since this is an election year in the U.S.

After all, the United States contributes half a billion dollars each year toward the UN’s budget, which represents a quarter of the organization’s total.


Through its impeccable record of mistreating Israel, America’s closest ally in the Middle East, the UN long ago made a mockery of the principles it claims to champion.

There is no reason why the American taxpayer needs to continue funding this campaign of demonization.

So in the months ahead, as your senators and congressmen seek to elicit your support, utilize the opportunity to drive home a simple message: in a time of austerity, cutting U.S. funding to the UN would not only be fiscally prudent but also morally and diplomatically warranted.

Michael Freund is chairman of Shavei Israel (www.shavei.org), which assists lost tribes and hidden Jewish communities to return to the Jewish people. 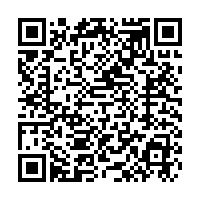