Question: Is it prohibited to listen to music in the privacy of one’s home (or car) during the Nine Days?

Answer: This issue has intrigued me for some time. HaGaon HaRav Moshe Feinstein, zt”l (Igrot Moshe, Yoreh Deah, II:137), rules that it is indeed prohibited.


He explains that after the destruction of the Beit Hamikdash, our sages enacted a number of ordinances to manifest a degree of sadness and mourning. One such decree was the prohibition to listen to music throughout the year. The Rema (Orach Chayim 560:3) contends that this prohibition applies only to people who formerly awoke in the morning and retired at night to the accompaniment of music, i.e., kings. In addition, the Rema notes that those in attendance at a beit mishteh were also included in the ban. The Mishnah Berurah (Orach Chayim 560:12) explains that this prohibition is due to the presence of wine at a beit mishteh.

All this suggests that a person who did not listen to music on a daily basis and did not attend a beit mishteh would be permitted to listen to music year-round. Rav Moshe, however, disagrees with this inference. He contends that even the Rema would prohibit Jews from attending public musical events during the year since one derives excessive simcha from such events.

If public music is thus forbidden year-round, what additional music were the rabbis prohibiting when they enacted the laws against music during the Nine Days? Perforce, they were prohibiting listening to music even in the privacy of one’s own home (or car).

The Soul of Israel: The Showbread Miracle – The Secret to Financial Spiritual Health [audio] 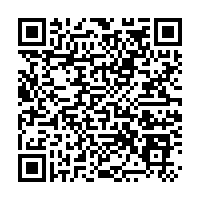