James Holmes, the Colorado graduate student who is suspected of killing 12 moviegoers and wounding 58 others on Friday during the premiere of “The Dark Knight Rises,”  worked as a camp counselor in Los Angeles County in 2008 that was run by Jewish Big Brothers and Sisters (JBBBS), the group’s CEO told NBC4 on Saturday.

James Holmes, 24, worked as cabin counselor at Camp Max Straus in the summer of 2008, according to Randy Schwab, the CEO of Jewish Big Brothers Big Sisters.


Schwab’s statement read: “It is with shock and sorrow that we learned of the incident in Aurora. Our hearts and prayers go out to all the families and friends of those involved in this horrible tragedy. On behalf of Camp Max Straus I want to offer our deepest sympathies and condolences.”

Schwab said that, as cabin counselor, Holmes was in charge of the care and guidance of about 10 children. His role was to ensure that the children had a “wonderful camp experience.”

According to Schwab, Holmes helped the children in his care “learn confidence, self esteem and how to work in small teams to effect positive outcomes.”

His statement continued: “These skills are learned through activities such as archery, horseback riding, swimming, art, sports and high ropes course.”

Camp Max Straus is a nonsectarian program for children ages 7-14, which is run by Jewish Big Brothers and Big Sisters of Los Angeles.

Holmes is not Jewish. 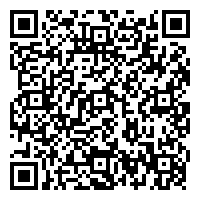