Next week could prove to be quite an interesting one in the long and storied annals of European hypocrisy.

For when European Union Foreign Ministers gather on February 18 to discuss a variety of pressing international concerns, they will be confronted with an issue they would much rather overlook: Hizbullah’s penchant for engaging in terrorism.


Despite years of international pressure, and mountains of evidence demonstrating that Hizbullah is a murderous outfit, Europe has steadfastly refused to brand it a terrorist organization, allowing its operatives to raise funds and support for their mayhem across the continent.

But after Bulgaria announced the results of a probe which linked the Lebanese Shiite group to the July 18, 2012, bombing that killed five Israeli tourists and a Bulgarian bus driver in the Black Sea resort city of Burgas, the E.U. now finds itself in an awkward position.

After all, it is one thing to ignore Hizbullah’s slaughter of Israelis and Americans over the years, which the E.U. seems to have little trouble doing.

But last year’s attack on Israeli tourists took place in Bulgaria, which formally joined the E.U. in 2007. And Bulgaria’s foreign minister, Nikolay Mladenov, said this week that he plans to brief his European colleagues about the probe.

It will be much harder, then, for the E.U. to justify its premeditated silence over Hizbullah’s homicidal track record.

Indeed, if you listen carefully next week, you will be surely be able to hear the sound of various European diplomats shifting uncomfortably in their seats.

Take, for example, E.U. foreign policy chief Catherine Ashton, whose pitiful response to the Bulgarian probe was to counsel “reflection.”

“We have to reflect on the consequences,” she told a press conference this past Tuesday, “we have to consult and come back.”

Ashton could not bring herself to even mouth the word “Hizbullah,” let alone utter a condemnation for its wanton brutality.

Europe’s stance vis-à-vis Hizbullah is so egregious that it has even managed to elicit bipartisan disapproval in Washington.

Newly appointed Secretary of State John Kerry said, “We strongly urge other governments around the world — and particularly our partners in Europe — to take immediate action to crack down on Hizbullah.”

Meanwhile, on the other side of the political aisle, the Republican chairman of the House Foreign Affairs Committee, Ed Royce, said, “Now that Hizbullah has been found responsible for an attack on a European Union member nation, the EU must designate it as a terrorist organization,” calling their refusal to do so “indefensible.” Royce is absolutely correct.

Hizbullah has spent the past three decades killing, wounding and maiming hundreds of innocent people in terrorist attacks across the globe, from Argentina to Kenya, and from Burgas to Beirut.

It has the blood of U.S. Marines, Israeli holiday-goers and Buenos Aires Jews on its hands, and Europe still insists on treating Hizbullah like a social outreach organization.

And even as the world wrings its hands over the ongoing slaughter in Syria by the Assad regime, Hizbullah has reportedly been teaming up with its paymasters in Tehran to train, arm and finance the Syrian army.

At the same time, the group has been burnishing its arsenal of weapons, and now has more than 50,000 rockets in Lebanon pointed at Israel.

For far too long, Europe has been advancing the fiction that Hizbullah consists of separate “political” and “military” arms. But it is a distinction without a difference, and Europe must now muster the courage to get over its Hizbullah hang-up and finally label it a terrorist organization.

Forcing it to shut down its vast fundraising network in Europe and closing off its channels of support there would weaken Hizbullah significantly. Holland has already categorized it as a terrorist group, and the UK did the same with Hizbullah’s military wing.

But only a unified and coherent E.U. stamp of disapproval can shut down the organization’s European lifeline and send a clear message that Hizbullah’s terrorism will not be tolerated. 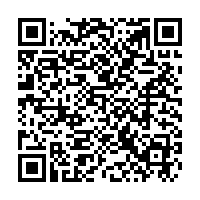