In six weeks, Americans will be going to the polls in what could prove to be one of the most fateful elections in decades.

Mired in a weak economic recovery with mounting debt, the challenges America faces at home are no less pressing than those abroad, where instability in the Middle East and rising Islamic fundamentalism pose a growing threat to the nation’s interests.

In times such as these, real leadership is needed, the kind that will guide the United States through the perilous waters ahead.

Americans must think through the issues carefully, assess the two candidates for president, and make an informed choice about who can best steer the ship of state.

Despite our small numbers, Jews will play a critical role in this process, whether as donors, opinion-makers or residents of key swing states.

Given the critical importance of the upcoming vote, I would like to highlight five reasons why I believe American Jews should not cast their ballots for President Obama in November:

Jerusalem: At the recent Democratic National Convention in Charlotte, Jews were stunned to learn that references to Jerusalem as Israel’s capital had been removed from the party’s platform. Only after widespread protests did Obama seek to have the language reinserted. But even then, it was clear from the floor vote that a large sector of the party opposes recognition of Jerusalem. This sad turn of events laid bare for all to see that the Democratic Party has shifted away from its traditional support for Jerusalem. This alone should give Jewish voters pause before entering the ballot box.

Israel: Under Obama, relations between the U.S. and Israel have been more tense that at any time in recent memory. Who can forget how in May 2010, the president made Israel’s prime minister enter the White House through a side door in an act intended to humiliate him? Or how Obama has now refused to meet with Prime Minister Netanyahu this month in New York, citing a busy schedule, even as he finds time to appear on TV with David Letterman? The public spat between Israeli and American leaders in recent weeks has underlined the unprecedented strain between the two countries. Rather than standing by Israel at this perilous juncture, Obama has chosen to distance himself from the Jewish state. Jewish voters should respond in kind and distance themselves from Obama.

Nuclear Proliferation: On Obama’s watch, the ayatollahs in Iran have made huge gains in their nuclear program, stringing along America and the West as they move ever close to building atomic weapons. As a result, various other countries ranging from Saudi Arabia to Egypt have also indicated that they too might proceed down the nuclear path. In recent weeks, Washington has refused to set “red lines” for the Iranians, and has allowed them to play for time until the clock runs out, even as they threaten to wipe Israel off the map. This dangerous development could destabilize the entire Middle East, threaten Israel’s existence, and set back decades of nuclear non-proliferation efforts. Obama’s policies have singularly failed to make the world safer. Clearly, a new and more robust course is needed.

Assisting the elderly: Respect for seniors and caring for their needs is firmly rooted in Jewish tradition. When a person reaches an advanced age, he deserves dignity. Unfortunately, the Obama administration has chosen to sacrifice the interests of the elderly on the altar of political expediency, deciding to pull some $716 billion out of the Medicare system in order to finance Obamacare. Moreover, under the president’s health care plan, hospitals, hospices and nursing homes will be paid less to treat the elderly, thereby reducing their incentive to provide older people with top-notch care. Whatever one thinks of the president’s comprehensive health care approach, it is clear that the elderly are going to be short-changed as a result. From a Jewish perspective, this is simply unconscionable. A vote for Obama means a vote against the interests of America’s seniors.

Diversity: In 2008, many Jews took pride in the fact that they backed Obama, helping to elevate the first black man to the presidency in the nation’s history. The 2012 election presents us with a similar opportunity: to elect the first Mormon to the highest post in the land. Mormons, like Jews, are a religious minority in America. Though often viewed as somewhat unconventional and incongruous, they are part of the rich fabric of American life. The election of Obama underlined America’s racial diversity. Voting for Romney can highlight its religious diversity too, demonstrating that no matter what way a person chooses to serve the Creator, he will not be judged by the electorate based on his faith. 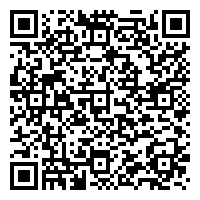