In recent weeks, a growing chorus of voices has emerged calling attention to a painful episode that took place 14 years ago in the hills and plains of northern Samaria, when four Jewish communities were pointlessly uprooted and destroyed as part of Ariel Sharon’s so-called Disengagement Plan.

Sensing that the time may finally be right to correct this grievous wrong, prominent members of parliament, including Knesset Speaker Yuli Edelstein, have spoken out in favor of the passage of a bill that would undo the injustice that was wrought. Such a move is long overdue and should be a top priority for the next government.

The withdrawal from Homesh, Sa-Nur, Ganim and Kadim is the “forgotten expulsion,” one largely overshadowed by the simultaneous pullout from Gaza which occurred in the summer of 2005. Hundreds of Jews who had built their lives in the communities, some of which dated back to the late 1970s, were traumatically forced out of their homes with little or no explanation.

Indeed, why Sharon decided to bulldoze the four flourishing villages in northern Samaria, which had no connection at all to Gaza, remains largely a mystery until today. Some suggest that he did so to send a signal that his aim in destroying Gaza Jewry was not merely a feint in order to save all of Judea and Samaria.

But to fully appreciate the folly of the move, consider the following. Whereas Gaza was emptied of Jews and turned over to hostile Palestinian forces, the four Samarian towns were emptied of Jews yet remained under full Israeli control, which is still the case today.

In other words, the Jews living there were expelled not because Israel was handing the territory over to our foes, but for no apparent reason at all. This was a senseless and cruel act, driven by politics yet devoid of morality and logic.

And with benefit of hindsight, many have come to acknowledge this.

Two years ago, Maj.-Gen. (res.) Yair Naveh, who served as OC Central Command and oversaw the 2005 expulsion from northern Samaria, admitted in an interview with Israel Hayom that the pullout had been unnecessary and futile, saying, “There was no benefit there, zero. Nothing has changed there for the better.”

To further underline the point, he added, “There has been no added security or any other value associated with our departure from northern Samaria. It was a frustrating event that left us with a sense of emptiness.”

Even Yossi Beilin, one of the far-left architects of the Oslo Accords, has expressed bewilderment over the withdrawal, penning a column last week in which he said that the “decision to evacuate four settlements in northern Samaria won Israel no points in the international arena. It did, however, hurt settlers, who believe the destruction of their homes was completely unnecessary.”
While Beilin supports turning the area over to the Palestinians, he, too, finds it difficult to comprehend why the Sharon government would throw Jews off their land even as Israel retained control over it.

In January 2017, a bill was submitted to the Knesset by MK David Bitan (Likud) and then-MK Shuli Moalem-Refaeli (Bayit Yehudi) with the aim of canceling the 2005 Disengagement Plan Implementation Law, thereby allowing Jews to return to the area, but it has failed to move forward despite enjoying widespread support.

On May 16, 11 MKs, headed by Yuli Edelstein, visited Homesh and met with former residents, many of whom live in the nearby community of Shavei Shomron, from where they can still see the water tower that once served their previous homes.

Edelstein vowed that the “mission” of the incoming Knesset would be to make things right and enable Jews to return.

It is now time for Israel to complete this mission and rebuild the ruins of the four former Jewish communities that were so unjustly dismantled. Let Homesh, Sa-Nur, Ganim and Kadim rise again from the rubble!

More than 2,500 years ago, the Prophet Jeremiah (31:4) foretold, “You shall again plant vineyards upon the mountains of Samaria.” With the stroke of a pen, and a healthy dose of national pride, the government of Israel can and must do its part to help bring that vision to life. 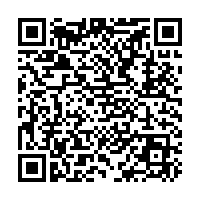