A Jewish doctor named Moisis Elisaf, 65, on Sunday was elected mayor of Ioannina, the capital city of the Epirus region in northwestern Greece, making him the first Greek-Jewish mayor in history. Epirus, on the shore of the Ionian Sea, borders Albania to the north. Ioannina, a.k.a. Yannena, has had a Jewish community since the 9th century CE.


“For Greek Jewry, the success of Moses Elisaf signals a very important cornerstone in the history of Jewish presence both at the city of Ioannina as well as in Greece, since it is the first time a Greek Jew is elected as Mayor,” KIS said in an online statement. “It is a success that brings up admiration and deep emotions. The citizens of Ioannina have shown that they condemn the hate that is born from intolerance and anti-Semitism and appreciate the value of a person regardless of his religious belief.”

Striking a somewhat darker note, KIS stated: “In the city where during the Holocaust the Jewish Community was almost exterminated, as almost 2000 Jews found their horrifying deaths in the extermination camps – 75 years later, in the same city, a descendant of Holocaust survivors is elected as Mayor. Moses Elisaf!”

These days, the remaining Jewish community of Ioannina has shrunk to about 50, mostly elderly. The Kehila Kedosha Yashan Synagogue is locked, except in the summertime, when former members of the congregation visit. The last Bar Mitzvah was celebrated in the synagogue in 2000.

A monument dedicated to the thousands of Greek Jews who perished during the Holocaust was constructed in the Jewish cemetery that dates back to the 1200s. But in 2003, the memorial was vandalized. Then the cemetery, too, was vandalized several times in 2009, to the point where gentile neighbors organized protection for the cemetery and rallied in protest of the vandalism.

Then, on Sunday, they voted for a Jewish mayor. 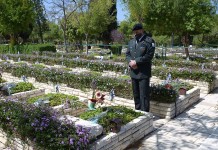 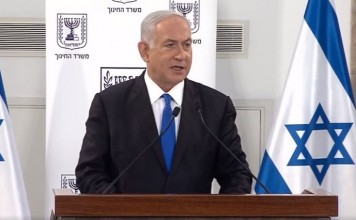