On the occasion of his death in 2004, The New York Times observed that “Alistair Cooke became a peerless observer of the American scene for more than 70 years.”

In 1932, as a young Cambridge graduate, Cooke came to the U.S. He soon started working for the BBC, broadcasting to the folks back home what their erstwhile “child,” who had now reached robust and full maturity, was up to. His “Letter from America” lasted 53 years. He loved this country passionately and in 1941 became a citizen.


His fame and talent brought him together with other equally famous and talented Americans. He seemed to know everyone whose lives defined and shaped this land. Over half a century as the “elegant interpreter of America,” as the Times called him, Cooke’s comprehension of precisely what made America the world’s preeminent economic and military force and cultural leader was always on the money.

When his highly acclaimed TV series “Alistair’s Cooke’s America” was broadcast in 1972/73, he was interviewed in the UK. When asked “What now for America?” his answer had all the astuteness one would expect from “a peerless observer of the American scene.”

He replied, “I think America is at the crossroads where it will have to choose between its greatness and its decadence.” I was a teenager at the time but those words stayed in my head.

Another great observer of America was the Pulitzer prize-winning philosopher Will Durant, whose quote “A great civilization is not conquered from without, until it has destroyed itself from within” was used by Mel Gibson at the beginning of his film “Apocalypto.”

In The Story of Civilization Durant wrote:

As knowledge grows or alters continually, it clashes with mythology and theology. Priestly control of arts and letters is then felt as a galling shackle or hateful barrier, and intellectual history takes on the character of a “conflict between science and religion.” Institutions which were at first in the hands of the clergy, like law and punishment, education and morals, marriage and divorce, tend to escape from ecclesiastical control, and become secular, perhaps profane. The intellectual classes abandon the ancient theology and – after some hesitation – the moral code allied with it.

In America the ability to exercise “priestly” control was swept away by a Constitution that demanded separation of religion and state. That did not mean, though, that there would not be clash and conflict.

The recent jailing of a Kentucky county clerk, for her refusal to issue marriage licenses to same-sex couples because it violated her Christian beliefs, is only the latest of a long list of tensions between the intellectual classes who “abandoned an ancient theology and its allied moral code” and those who still adhere to it.

Christian America’s opposition to abortion on demand has only increased as medical advances make unborn babies viable at earlier stages of their development. But it’s not only Christians who are deeply concerned that “education and morals, marriage and divorce,” in Durant’s formulation, have become secular and profane.

Conservative Americans, whether committed to a specific denomination or not, will identify with Alistair Cooke’s 1973 statement that America was standing at a crossroads. With the steering wheel of state and much of the media firmly in the hands of America’s Left, the U.S. has driven down the road that led away from greatness.

There have been abandoned “Red Lines” in Syria, abandoned allies in the Middle East, abandoned American ambassadors in Libya, and an Iran deal that only inmates of psychiatric hospitals can fully understand. Other reverses, such as the reduction in the size of America’s military in the face of expanding threats and enemies, also appear very much like greatness on the run.

You don’t need to be a Southern Baptist or an Orthodox rabbi to believe that road we are on has led to decadence. The Obama administration recently ordered a school in Illinois to allow a transgender student – a male who “identifies” as a female – to use the girls’ locker room or lose its federal funding.

Alistair Cooke’s observation about America’s path came to mind again recently as I was reading Duties of the Heart, written by Rabbeinu Bachya (1255-1340), who lived in Saragossa in Spain:

In every era there is a people that seem to have been especially blessed by God much more than any other. They become the preeminent culture that all others strive to emulate. That in turn demands from them that they demonstrate a special relationship with God.

Although this still-great nation’s founders were unwilling to carve a special role for any particular church into its constitution, most were willing to carve a special role for God. The Left will try to deny it, but belief in God and certainly adherence to the Judeo-Christian worldview with its allied moral code informed and guided this nation from its inception. The road that brought America to greatness was constructed from that moral code.

Yet the Obama phenomenon and its consequent policies did not appear from nowhere. It is the product of a counter-philosophy that is in the ascendancy throughout the West and that can be identified and defined by an almost universal opposition to the morality of the code it came to oust. Nowhere else is that opposition more pronounced than in areas of, to again use Will Durant’s phraseology, “education and morals, marriage and divorce” – and nowhere else has the damage been so terrible.

The marathon process to elect a new U.S. administration has begun. Reversing the effects, both at home and abroad, of the most left-wing administration this country has ever had, will be a mighty task.

Those pursuing that task will need to focus on more than simply changing the many mistakes and policies of two presidential terms. They will have to address with certainty and conviction the need to renew not an explicit return to religion but a return to a worldview that informed and guided this nation to greatness from the moment of its birth.

And they will have to utilize popular language that is easily understood, well designed, and ably argued by media-friendly people. It will have to challenge the cliché that holds if you are not a liberal at twenty you have no heart but f you are not a conservative at forty you have no brain. It will, in short, have to capture a revolutionary spirit.

But of course that was precisely the sort of spirit that created this country in the first place and made it great. 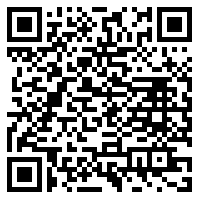