As readers will recall, I have, for years, been urging the initiation of a largescale initiative for the incentivized emigration of the Arab population in Judea-Samaria and Gaza, as the only viable policy option that can facilitate (albeit not ensure) the continued survival of Israel as the nation-state of the Jewish people—as it is, demonstrably, the only policy option that allows Israel to adequately contend with the geographic and demographic imperatives required for such survival.

This week, I encountered strident—albeit somewhat doleful, and certainly unintended—support for my thesis from a rather unexpected source—the well-known historian, Benny Morris.

Once a member of the so-called New Historians, a radical, left-wing group of academics, who challenged the traditional Zionist view of the inception of Israel—particularly the displacement of hundreds of thousands of Arabs due to the fighting during the 1948 War of Independence—Morris has come to adopt a far more understanding view of the alternatives facing the then-nascent Jewish state—and its resultant actions.

Indeed, in many respects Morris has come “full circle”—at least in terms of prevailing public perceptions of his political positions. Once denounced as an anti-Zionist, considered too radical for employment in the Israeli academe, and who was imprisoned, rather than serve as an army reservist in the “occupied territories”, he now not only defends, but endorses, the coercive displacement of Arabs—indeed, even lamenting that it was not sufficiently implemented.

In this regard, he has chided Ben Gurion for being overly reticent: In a 2004 interview with Haaretz’s Ari Shavit, he declared provocatively: “If he was already engaged in expulsion, maybe he should have done a complete job…my feeling is that this place would be quieter and know less suffering if the matter had been resolved once and for all.”

Morris speculates: “If Ben-Gurion had carried out a large expulsion —the whole Land of Israel, as far as the Jordan River. It may yet turn out that this was his fatal mistake. If he had carried out a full expulsion – rather than a partial one – he would have stabilized the State of Israel for generations.”

He augurs ominously: “If the end of the story turns out to be a gloomy one for the Jews, it will be because Ben-Gurion did not complete the transfer in 1948. Because he left a large and volatile demographic reserve in the West Bank and Gaza and within Israel itself.”

This brings us to a somewhat apocalyptic article published last week (Jan. 21, 2019), penned by Morris himself, and which largely comprises the impulse for writing this week’s column.

In it, he draws a straight line connecting the pre-state Palestinian Arab leaders and those of today—finding little fundamental distinction between the Nazi-affiliated Amin al-Husseini and arch-terrorist Yasser Arafat and the allegedly moderate Mahmoud Abbas.

He observes: “…the Zionist leadership – in 1937, 1947, 1978, 2000, 2007 and 2008 – agreed to a solution based on territorial compromise, while the Palestinian leadership – under Haj Amin al-Husseini and Yasser Arafat and Mahmoud Abbas – consistently rejected any compromise proposed by the British, the United Nations and the governments of Israel…”

According to Morris: “….as long as Abbas refuses to accept the formula of “two states for two peoples,” and deceptively says that he does indeed support “two states” without mentioning “two peoples” – the difference between the current Palestinian president and his predecessors is marginal.”

Discounting the feasibility of two-states

Thus, although Morris clings—somewhat puzzlingly and paradoxically—to “the idea of two states for two peoples and territorial partition [as] the only basis for a solution that would provide a measure of justice to the two peoples”, he has no illusions as to its feasibility.

Gloomily, he remarks: “But… I also believe that it is not possible to bring it about at the moment, and it may not even be possible at all in the future…”

He explains the reasons for his pessimism: “… I have always had my doubts over the degree of realism of a partition of the British Mandate-ruled Land of Israel in such a way that the Jews get 78 to 80 percent of the territory while the Arabs make do with 20 to 22 percent”, adding soberly, “Even if there would be Palestinians who would sign such an agreement, the Palestinian people, led by Hamas and Fatah, would roundly reject such an agreement, and it would not be long for this world”.

His dour conclusion is: “A peace agreement based on partition doesn’t appear realistic”.

It is a conclusion that he reiterates in an Haaretz interview the day after the publication of his January 21 article, dismissing a commonly held the view that: “….if Rabin had lived we would have already reached an agreement with the Palestinians…on the basis of two states for two peoples… That’s nonsense. Rabin, too, would not have been capable of bringing about a change in the basic ethos of the Palestinian national movement: that the whole of Palestine is theirs and that the refugees must return to their homes and their land. And if that happens, it will only be on the basis of Israel’s destruction.”

Dismissing the possibility of one-state

But if Morris is pessimistic as to the feasibility of a peaceable two-state outcome, he is far more categorically so as to the prospects of a one-state endeavor.

He warns about being led astray by misconstruing context: “A state of all of its citizens, a single democratic state between the Mediterranean and the Jordan River…sounds good – particularly if you are sitting in café in Paris or London, but we live in the jungle of the Middle East, surrounded by such successful countries as Syria, Lebanon, Iraq, Libya, Yemen…in short, by Muslim Arab countries that are far from embracing the values of democracy…tolerance and liberalism.”

He asks trenchantly: “Are there grounds for believing that the Palestinians would conduct themselves differently than their Arab brethren elsewhere?…[A]re the Palestinians comparable to Norwegians?”

Morris then goes on to draw the likely chain of events a one-state scenario is likely to precipitate, very similar to the one I have warned of in the past—albeit somewhat more abrasively.

Ominously, Morris writes: “A one-state solution with Jews and Arabs is a recipe for endless violence and anarchy that would ultimately lead to a country with an Arab majority – and a persecuted Jewish minority that would do anything to escape, as the members of Jewish communities in Arab countries did when their neighbors chased them out between 1948 and 1965.”

For Morris there is little doubt that: “…the one state, with an Arab majority, would conduct itself in accordance with the way of life of the majority of the people”, and asks: “Would the custom of killing to maintain the family’s honor disappear? Would violence and crime, reckless driving and government and clan corruption, which are apparent on a daily basis in Arab communities, vanish? What Jews would want to live in such a country?”

Morris ends his January 21 article with the following bleak prognosis for the future of Israel as the nation-state of the Jews.

As no two-state reality will emerge, the “occupation regime will continue to function. The Arabs will suffer and the Jews will also suffer (although a bit less).”

But, because this will not be tenable indefinitely, Morris foresees that: “At the end of the process, the one state will take shape. The Jews will control it until international sanctions and Arab rebellion and pressure from the neighbors overcome them. Then there will be a state with an Arab government and a shrinking Jewish minority…This 24th Arab state will join the Arab League. The State of Palestine will slowly sink into the Middle Eastern sand alongside its neighbors after the oil reserves in the Arabian peninsula have been consumed.”

So, on the one hand, Morris sees a peaceable two-state outcome as unattainable because of the innate inability of the Arabs to reach a territorial compromise with the Jews, and a one-state outcome as untenable because of the innate nature of Muslim-Arab culture. In other words, geographical parameters make the two-state formula unfeasible, and demographic parameters make the one-state formula unfeasible—or at least inconsistent with the long-term survival of Israel as the nation-state of the Jews.

This leads Morris to make a bleak prognosis: “This place will decline like a Middle Eastern state with an Arab majority. The violence between the different populations, within the state, will increase. The Arabs will demand the return of the refugees. The Jews will remain a small minority within a large Arab sea of Palestinians, a persecuted or slaughtered minority, as they were when they lived in Arab countries. Those…Jews who can, will flee to America and the West.”

How to avoid Morris’s bleak prognosis…

I have little argument with Morris as to the futility of the endeavor to reach a peaceable two-states-for-two-peoples outcome; or as to the imbecility of trying to attain a stable Jewish majority in a one-state outcome.

However, this does not mean that his bleak prognosis is a preordained consequence of this. After all, there is a policy paradigm that addresses both geographic perils of the two-state and the demographic perils of the one-state.a. This of course, is what I have dubbed the “Humanitarian Paradigm”, entailing extending Israeli sovereignty over all the territory from the Jordan River to the Mediterranean Sea, and incentivizing largescale Arab emigration from the territories across the pre-1967 lines by an appropriate array of material inducements.

This is the only policy paradigm that does not entail the large-scale use of military might and that can address Israel’s geographic and demographic imperatives.

For anyone dedicated to the preservation of the Zionist endeavor and who wishes to avoid Morris’s bleak prognosis, this is unambiguously Hobson’s Choice.

As Morris is a self-declared Zionist – I would urge him to embrace it. 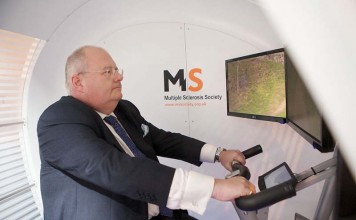 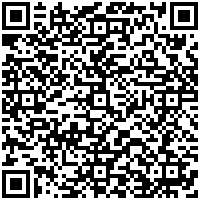