…the ability to defeat the enemy means taking the offensive. Standing on the defensive indicates insufficient strength; attacking, a superabundance of strength— Sun Tzu, “The Art of War”, circa 400 BC.

Earlier this week (5/21/2019), both Israel and Hamas denied reports that they had reached an agreement on a six-month cease fire. Irrespective of any credence one wishes to ascribe the denial, it underscored just how fragile the current lull in hostilities is and how easily they could re-ignite.

Although it has been barely two weeks since the violence in the South subsided, public recollection of what transpired has faded rapidly—with the intervening Independence Day celebrations and the Eurovision hullaballoo helping to dull collective memory.

For it is vital to recall that the latest round of fighting between Israel and the Hamas-ruled Gaza Strip raised troubling questions as to the soundness of the strategic rationale underpinning Israel’s missile defense system—particularly the much vaunted “Iron Dome”.

Indeed, even before the heavy barrages that rained down on Israel in early May, doubts began to emerge as to the efficacy of the system, when projectiles launched from Gaza penetrated, un-intercepted, deep into Israel, hitting residences in the city of Beer Sheva and in Mishmeret, a village North of Tel Aviv—and two others landed close to Tel Aviv itself, fortunately causing no damage.

According to Israeli military sources, during the last flare-up, 690 rockets and mortars were fired toward Israeli targets from Gaza by Hamas and Islamic Jihad. About 90 failed to make it across the border. Of those that did, 240 were intercepted by the Iron Dome system, which assesses whether a rocket is likely to strike open ground or needs to be intercepted. The system reportedly had 87% accuracy on attempted interceptions, with 35 rockets striking urban areas. In the barrage, four Israelis were killed and over 200 were treated in Israeli hospitals.

Depressingly, there appears to be wide consensus among pundits that another, probably broader and more intense, round of fighting is merely a matter of time.

Significantly, the number of Israeli civilians killed in the two-day conflict was almost identical to that incurred during 2014’s Operation Protective Edge, which lasted nearly two months, when the Gaza-based terror organizations launched more than 4,500 missiles, rockets, and mortar shells at Israeli civilian population centers.

One of the reasons advanced for the Iron Dome’s ostensibly diminished capacity was the intensity of the barrages fired at Israel concentrated within a short time period. Seemingly affirming that this was a purposeful tactic, a spokesman for Hamas’s Izz ad-Din al-Qassam Brigades proclaimed: “The Qassam Brigades, thanks to God, succeeded in overcoming the so-called Iron Dome by adopting the tactic of firing dozens of missiles in one single burst.”

Of course, such censure may be excessively harsh. After all, the Iron Dome is an extraordinary technological achievement, which has in the past greatly reduced loss of life and physical damage that otherwise may have been inflicted on Israel.

Nonetheless, in light of its somewhat spotty performance of late, there certainly appears to be a strong case for critical reexamination of the strategic rationale underlying the use of the Iron Dome.

Indeed, it far from unreasonable to assert that the Iron Dome has, in effect,  provided protection for Gazans no less—arguably more—than for Israelis. After all, if the bulk of the on-target rocket barrages had not been intercepted, and had inflicted largescale damage on its cities and casualties among its civilians, Israel would have been compelled to retaliate with massive punitive measures to silence the fire. Inevitably, this would have caused extensive destruction and loss of life in the Gaza Strip—far beyond that which Israel was able to permit itself to inflict with its civilian population relatively protected.

Indeed, the adoption of this kind of strategic passivity was confirmed—and endorsed—in a recent paper published by the Institute for National Security Studies (INSS), entitled Long-Range Rocket Fire on Israel’s Depth: Lessons for Homefront Defense, authored by Meir Elran and Carmit Padan, who write approvingly: “The State of Israel has so far invested significant sums in passive defense and complementary technologies, with the lion’s share going to the “Gaza envelope.” The main lesson is that existing plans for improving public and private shelters should be implemented in other parts of Israel, as a fatal strike on the civilian space would generate pressure on any Israeli government and reduce its leeway in the face of Hamas … fire.”

But in the context of the conflict between Israel and the Palestinian-Arabs, there is a grave strategic flaw in this kind of reasoning.

For it is precisely because the Iron Dome and “passive defense” have given the Israeli government “leeway in the face of Hamas fire”, that the fire has continued.

Thus, paradoxically, because much of their projectiles have indeed been intercepted, the terror organizations have been left intact, enabling them to continue launching further attacks whenever they see fit—typically either when they feel strong enough to do so, or too weak not to.

The perverse situation is the result of the Iron Dome (and other missile defense systems) being perceived as solely defensive. Indeed, it is precisely this defense oriented strategy that has led to hostilities with Gaza continuing—with no end in sight.

The defining difference between defensive and offensive strategies is twofold:

(a) The element of surprise: The first is that relying heavily on defensive measures denies the defender the element of surprise in that, almost by definition, one cannot launch a surprise defense—in the sense that one can only defend against an attack once launched—often by surprise. So while it is possible that defense systems may comprise elements unexpected by the attacker, typically they can only be deployed against an ongoing attack.

(b) The damage inflicted: The second is that defensive measures cannot inflict greater losses than the resources any prospective aggressor is prepared to commit to an assault on his adversary. In the case of the Iron Dome, the maximum damage that can be inflicted is the destruction of the incoming missile, which the aggressor expected to lose anyway. Accordingly, missile defense systems, including the Iron Dome, cannot deter attacks by threatening to wreak unacceptable costs on the attacker and thus dissuade him from any further aggression.

The combination of these two elements—the one allowing Hamas and its terror affiliates to choose the time and scope of any attack; the other, allowing Hamas et al. to determine the limits of the damage wrought on them—provide in large measure the reason why the hostilities in Gaza persist.

The pattern of violence in Gaza is almost monotonously repetitive. Time and again, the Gazan terrorists have developed some offensive tactic to assault Israel. In response, Israel devised some countermeasure to contend with it. However, all these counter measures were designed to thwart the attacks, rather than prevent them being launched in the first place.

Indeed, Israel’s decade long policy of ceasing fire whenever the other side ceases fire has allowed Hamas, and its terror affiliates, to launch repeated rounds of aggression, determining not only when they are launched and when they end, but also largely controlling the cost incurred for such aggression –ensuring it remains within the range of the “acceptable”.

Significantly, after each round of fighting, despite the damage inflicted by the IDF, the Gazan-based terror groups have typically emerged with vastly enhanced military capabilities and political standing.

This is clearly a recipe for unending and escalating violence — and must be abandoned before it culminates in inevitable tragedy.

After all, the Gazan-based terror groups have shown consistently that they can transform everyday children’s playthings, such as kites, into instruments of extensive destruction, and forced Israel to develop hugely expensive defenses (such as Iron-Dome interceptors) to deal will risibly cheap weapons of attack (such as mortar shells).

Indeed, it is hardly beyond the limits of plausibility that Israel might soon have to face incoming missiles with multiple warheads, which disperse just before being intercepted, greatly challenging its missile defense capabilities. Or the development of some kind of anti-aircraft capabilities that could restrict — or at least hamper — Israel’s present unlimited freedom of action over the skies of Gaza.

Or worse, will Israel have to contend with the specter of a swarm of drones, possibly armed with biological or chemical payloads, directed at nearby Israeli communities — rendering the billion dollar anti-tunnel barrier entirely moot? For those who might dismiss this as implausible scaremongering– see here, and here.

Indeed, adhering to a purely defensive/reactive strategy will virtually ensure that some kind of offensive measure will be developed to make it ineffective—at least partially.

The offensive imperative: Arabs in Gaza or Jews in Negev

Clearly then, there will be no end to the recurring rounds of violence and the escalating enhancement of the enemies’ aggressive capabilities unless Israel undertakes a dramatic change in strategy. Accordingly, instead of focusing on thwarting attacks and limited reprisals for them, Israel must strive to eliminate the ability to launch them.

Rather than ‏employ systems such as the Iron Dome as a purely defensive measure, it should be incorporated as an auxiliary in offensive action –i.e. by minimizing danger and damage to the civilian sector while a large offensive is launched in order to take—and hold—the areas from which attacks were launched—preventing them from being used for future attacks.

This is the only sustainable long-term strategic rationale for a defense system which comprises launching very costly interceptor missiles at very cheap incoming ones.

The compelling imperative for this modus operandi, is of course, reinforced by the prospect of a coordinated attack by Hamas et al. from the South and Hezbollah—with its even more formidable arsenal—in the North.

Clearly, the prospect of Israel retaking and holding the Gaza Strip raises the perennially irksome question of what is to be done regarding the Arab population of Gaza.

As I’ve pointed out on numerous previous occasions, in addressing this question Israel must face up to—and internalize–the unpalatable, but inevitable, reality that, in the long run, there will either be Arabs in Gaza or Jews in the Negev. Eventually, however, there will not be both.

Accordingly, then, to prevent the Jewish population being denuded by unabated Arab aggression—whether overhead missiles targeting kindergartens or underground tunnels targeting border communities; whether incendiary balloons or explosive kites or anti-tank rockets on cars buses and trains—the only policy is the evacuation of the Gazan population to third-party countries by means of a large scale initiative of incentivized emigration.

Although the details of such an initiative are clearly well beyond the scope of this essay, I have, elaborated on them frequently in the past –see here.

Marshaling the ideological commitment, the political legitimacy and international acceptance for such an initiative is perhaps one of the greatest challenges for Zionism today. 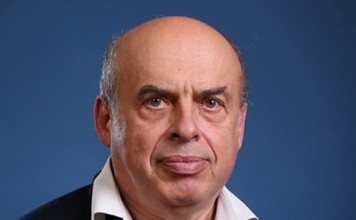 Natan Sharansky: A Hero for All Seasons 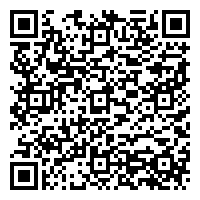