It is all or nothing. We will not take any money if they do not give all of it—even if it means the collapse of the Palestinian Authority and an unequivocal declaration that the Oslo Accords are dead.—Ashraf al-Ajami, former Palestinian Authority (PA) minister for Prisoners Affairs, on Israel’s decision to deduct the sums paid to convicted terrorists and/or their families from the tax revenue that Israel collects for the PA, Galei Israel, April 19, 2019.

If the existential goal of the PA—according Ashraf Ajami as well as according to Abu Mazen—is to persist in paying salaries to terrorists, because if it does not pay salaries to terrorists, it breaks up, then perhaps we need to ask what we signed the Oslo Agreement for, if all we did was establish an Authority whose function is to promote terror –Brig-Gen. (res) Yossi Kuperwasser, former Director-General of the Ministry of Strategic Affairs, Galei Israel, April 19, 2019.

The Oslo Agreements, which spawned the Palestinian Authority, were born in sin. Today that is beyond any reasonable dispute.

Oslo: The product of betrayal and bribery

After all, without the support of Gonen Segev, who was later convicted and imprisoned for drug trafficking and fraud and, several years later, for treason and espionage, they would never have seen the light of day. Indeed, as readers might recall, Segev was elected to the Knesset on a hardline hawkish platform that opposed the very far reaching concessions that the Oslo Agreements entailed. However, he was coaxed (read “bribed”) by Yitzhak Rabin with the lure of a ministerial portfolio, to betray his voters and cross the political lines to endorse the Oslo initiative –that starkly contradicted the core values of the platform on which he was elected.

As a product of both political betrayal and bribery, the Oslo Accords soon began to deliver its heinous results. Thousands of Israelis paid with their lives and limbs for the ill-considered initiative. What was grotesquely dubbed “the peace process” left café’s, buses, and sidewalks strewn with body parts and gore, while the Oslo advocates doggedly refused to admit error, callously dismissing the dead and injured as “victims of peace”.

Sadly, but not unforeseeably, Oslo has brought nothing positive to Israel or to Israelis. Indeed, none of the promises of sweeping benefits by its proponents have been fulfilled; while virtually all the dangers, of which its opponents warned, did indeed materialize.

Accordingly, by any reasonable criterion, the jury is no longer out on the Oslo process. As might have been expected from its ignominious genesis, it has proven itself an indisputable—and irredeemable—failure. The time has come to openly acknowledge this inescapable reality.

PA collapse as an opportunity, not a threat

In this regard, there should be a sea-change in the prevailing perception of the significance for Israel of the collapse of the PA and with it, of the entire mendacious Oslowian edifice.

After all, if the only way for the PA to endure is for Israel to collaborate in the financing of the slaughter of its own citizens by transferring “pay-to-slay” funds to perpetrators of terror, grave doubts must be cast on the prudence—indeed, the sanity—of sustaining this state of affairs.

Moreover, for Israel to back down on this issue would not only greatly undermine its credibility—and hence its deterrence capabilities—but would constitute a sharp slap in the face for its staunch allies in the US Senate, who passed the Taylor Force Act to curtail American support for the PA—unless it halts payments to perpetuators of terror and/or their families.

It is generally considered that the imminent financial collapse of the PA comprises a threat to Israel, heralding increasing instability and security problems.

Although this may be true to some extent in the short run, it must be rejected as a long term constraint on Israeli strategic thinking. Indeed, rather than a threat, the impending collapse of the PA should be perceived as an opportunity to extricate the nation from the hazardous cul-de-sac into which the deceptive Oslo process lured it.

Treating the enemy as the enemy

The key to making the transformation from perceiving the collapse of the PA as a threat to an opportunity is to set aside the dictates of political correctness and confront political truth. Thus, rather than persist with the fiction that the PA is a prospective peace partner, it must be treated as it sees itself—i.e. as an implacable enemy.

Accordingly, Israel has no obligation—ethical or otherwise—to sustain the socio-economic edifice of its enemy dedicated to its destruction. Indeed, if anything, its moral duty is to bring about its collapse.

This is particularly relevant—and immediately feasible—for Gaza, where almost a decade and a half of abysmal government by Hamas has caused the widespread breakdown of the civilian infrastructure. Thus, according to Nada Majdalani, Palestinian Director of EcoPeace Middle East in a recent address to the UN Security Council: “97% of the groundwater under Gaza is not suitable for human consumption…Thirty percent of illnesses in Gaza [is] from water-borne pathogens. With a four-hour average of power supply, waste water facilities fail to operate, emptying the equivalent of 34 Olympic-size swimming pools of raw sewage daily into the Mediterranean…”

Significantly, she warned: “A humanitarian catastrophe in the Gaza Strip is happening right now, right before our eyes. If no immediate action is taken in Gaza, people will flee by heading out in boats, just like other Middle Eastern refugees…”

Regrettably, Israel failed to seize on an earlier opportunity created when head of the PA, Mahmoud Abbas (a.k.a Abu Mazen), cut the funding to Gaza—and acted to relieve the pressures this created by allowing Qatari money to flow into the Hamas-controlled enclave.

This will not only prove futile but detrimental. For as long as Israel remains entrapped within the confines of the policy paradigm that envisions Arab self-rule in Gaza, persisting with the conventional form of humanitarian aid will only perpetuate—but, exacerbate—the humanitarian crisis—see Gaza: Let their people go.

In this regard, I have for decades made the case that the solution to Gaza’s humanitarian plight is not its reconstruction, but its deconstruction. Indeed, there is  rapidly accumulating evidence that the only thing preventing a mass exodos from Gaza is money—or rather, the lack thereof—to facilitate emigration of Gazans to other more stable, less harrowing destinations.

For the humanitarian debacle is Gaza has not been precipitated by a perennial lack of cash (indeed, Gaza has been among the highest per capita recipients of international aid on the planet); or the lack of Israeli largesse in wishing to improve living conditions there (by permitting hundreds of truck-loads a day and millions of tons of merchandize a year into the enclave).

None of this has done anything to blunt the anti-Israel animus of the regime or ameliorate the living standards of the populace. Clearly, persisting with the same policy will serve little purpose other than continuing to enmesh the fate-stricken residents in their present—and deteriorating—predicament.

Callous indifference to the fate of the people is not confined to the Hamas regime in Gaza. Indeed, it seems no less characteristic of the Ramallah-based PA itself, willing to inflict grave hardship on the public rather than accept a marginally reduced lower amount, with the sums designated for the terrorist recipients deducted from the overall total.

According to UN reports, Israel plans to withhold $140 million in 2019 – approximately $11.5 million each month – in tax revenues over the terrorist payment issue. The sum Israel is withholding comprises 6% of the total tax revenues it collects for the PA. The overall tax revenues collected by Israel represent 65% of the PA’s budget or 15% of the PA’s entire GDP.

Indeed, after over a quarter of a century of endeavor—backed by munificent international aid and almost universal political endorsement—all the attempt to foist self-governance on the Palestinian-Arabs has achieved is a corrupt kleptocracy under the Abbas–led PA, and an arguably no less corrupt tyrannical theocracy under Hamas in Gaza.

Moreover, the cause of peace between the Jewish state and the Palestinian-Arabs has not been advanced one iota. If anything, quite the opposite!

Accordingly, in light of this abysmal and enduring failure, alternative paradigms must be advanced.

If not Oslo, what?: A moral alternative.

One of the options for Israel would be of course to stop collecting the taxes (mainly customs duty on imports) and leave it to the PA to collect them itself. But given the perennial culture of corruption, inadequate infrastructure and widespread tax evasion, the net impact on revenues is likely to be dramatic—and unsustainable in the long run.

Another, more radical, but ultimately more effective alternative would be to use the withheld funds to launch an initiative I have long advocated as the only non-kinetic policy option that can ensure the long term survival of Israel as the nation-state of the Jewish people: A comprehensive initiative for incentivized emigration of Palestinian-Arabs in which non-belligerent Palestinian-Arab residents would receive generous grants that would allow them to find better, more prosperous and more secure lives elsewhere—free from the clutches of the callous cliques, who have led them into their current plight.

The moral rationale for such a measure is clear and compelling: The tax revenues collected by Israel do not belong to Israel. Accordingly, Israel cannot appropriate the money for its own purposes, but it can offer it to the Palestinian-Arabs who have been utterly failed by their leadership, which clearly has no compunction in inflicting further hardship on them!

How to really relieve the humanitarian crisis

Of course, the tax revenues collected by Israel would comprise only a small fraction of the overall sum required for a numerically significant “evacuation–compensation” plan to resettle sufficient numbers of Palestinian-Arabs in third party countries. But the self-induced collapse of the PA, precipitated by its obstinate insistence to sponsor terror, may well be an auspicious opportunity to launch it.

Indeed, the moral superiority of such an initiative over the Oslowian formula, entailing Palestinian statehood, is unassailable.

After all, nobody—not even the most avid two-state proponent—has ever advanced persuasive reasoning why any prospective Palestinian state would be anything other than (yet another) homophobic, misogynistic, Muslim-majority tyranny, whose hallmarks would be: gender discrimination, persecution of homosexuals, religious intolerance and oppression of political dissidents.

Accordingly, the moral question that must be forced into the discourse is this: Why is offering financial inducements to Jews in Judea-Samaria to evacuate their homes to facilitate the establishment of said homophobic, misogynistic tyranny, which, almost certainly, will become a bastion for Islamist terror, morally acceptable; while the notion of offering financial inducements to Arabs in Judea-Samaria to evacuate their homes to prevent the establishment of such an entity, is considered morally reprehensible?

The way forward should therefore be clear—both in terms of moral merit and practical pragmatism. It must, however, begin with allowing the iniquitous and largely dysfunctional PA to collapse. That is the only measure that will allow the eventual humanitarian plight of the Palestinian-Arabs to be effectively addressed. 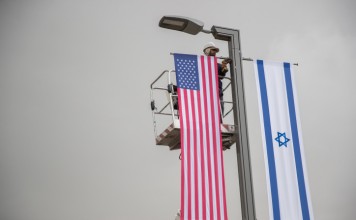 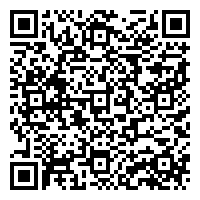