…we will not put forth a plan or endorse a plan that doesn’t meet all of Israel’s security issues because they are of extreme importance to us – Jason Greenblatt, Assistant to the President & special representative for international negotiations, JNS, September 12, 2018.

…Arab officials say, Mr. Kushner is pushing the idea of a confederation between Jordan and the Palestinian rump of the West Bank. Far from new thinking, this recycles one of the oldest mantras of Israeli irredentism: that the Palestinians already have a state — Jordan. – David Gardner, “Trump’s ‘deal of the century’ offers nothing good to Palestinians”, Financial Times, September 5, 2018.

In recent weeks, there has been a spate of media speculation that the White House is soon to release details of the Trump administration’s ultimate peace deal to end the century-long conflict between Jew and Arab over control of the Holy Land.

Although almost no details have been revealed by official sources, rumors abound as to some of its more important components—and others have been inferred on the basis of some already implemented elements of Trump’s Mid-East policy.

Since the start of his presidency, Donald Trump has undertaken some bold, far reaching measures that have, in some significant ways, potentially transformed the discourse on the Israeli-Palestinian impasse. These have all been unequivocally favorable to Israel and considerably undermine long-held Palestinians positions.

Thus, Trump has largely preempted the question of the status of Jerusalem as Israel’s capital—albeit not its precise geographical extent. Likewise, he exposed the enduring and egregious anomaly of the Palestinian “refugee” ruse, terminating all US funding to UNRWA (United Nations Relief and Works Agency(, the UN body charged with dealing with the Palestinian-Arab refugees and their multi-generational descendants. This burgeoning population has been held in political limbo for decades as stateless refugees until such day as they can exercise their illusionary “Right of Return” and reoccupy their now non-existent homes inside Israel, abandoned in 1948 and 1967.

As a direct derivative of the decision to defund UNRWA and to dispute the refugee status of millions of Arabs of Palestinian descent—resident in Arab countries for decades—there has been a flurry of reports suggesting another ground-breaking US initiative. According to these reports, the Trump administration is seriously considering engaging Arab countries over the permanent resettlement of the Palestinian-Arabs living as “refugees” within their borders, and their absorption as citizens of their host nations.

The question of durability

Although these are, of course, greatly welcome developments from Israel’s point of view and were totally inconceivable under earlier administrations—the previous one in particular—a word of caution is called for.

After all, just as such measures were unthinkable under the Obama administration, there is no way to ensure their durability under a post-Trump administration. Indeed, given the pathological animus toward the president from his political adversaries on the one hand; and the growing anti-Israel sentiment in the Democratic Party, on the other, there is good reason for concern that if a Democratic president were to be elected, a concerted effort would be made to undo anything perceived as a “Trump’s legacy”—including, perhaps, especially—his Mid-East policy initiatives.

Thus, just as a presidential decision precipitated the US’s exit from the Iran nuclear deal, the moving of the American embassy to Jerusalem, the shuttering of the PLO office in Washington, the defunding of UNRWA and emerging rejection of the “Right of Return,” so can any contrary presidential decision reverse them—or at least largely neutralize them.

Moreover, the closer Israel is perceived to be to the Trump administration, the harsher and more vindictive the backlash is liable to be, should the Democrats regain the White House—particularly with the growing erosion of bipartisanship over Israel.

The hazards of hubris

Of course, this caveat should not be interpreted as a call for reticence in accepting the GOP’s warm embrace. Indeed, that would be both detrimentally counterproductive and inappropriately ungrateful.

It should however, be seen as warning against complacency and as a caution that more inclement times may well be ahead. For, at this stage, little can be more hazardous than hubris.

It is essential that Israel now undertake a vigorous initiative to cement these unexpected favorable developments and ensure that they cannot be easily undone by future administrations.

The diplomatic component must be directed at undermining the Palestinian claims to statehood west of the Jordan River—by discrediting and delegitimizing the “Palestinian narrative”. The physical component must be directed at making the Jewish presence in Judea-Samaria irrevocable—by launching a largescale construction drive to increase the Jewish population beyond “the point of no return”.

Without such a strategic initiative, any welcome gains that have accrued to Israel because of Trump’s largely unexpected—and certainly unpredicted—electoral victory will remain potentially ephemeral—exposed and vulnerable to the vicissitudes of the bile or the bias of some anti-Trump successor in the White House.

Rumors cause for concern?

But the potential impermanence of the positive measures already undertaken by the Trump team is not the only reason for Israeli concern over the brewing “ultimate deal”. For the rumors swirling around the ongoing contacts between US officials and various figures in the Arab world could also well be cause for alarm.

These rumors relate to the eventual source of authority envisioned for the governance of the territory beyond the 1967 lines in Judea-Samaria and Gaza. Some rumors refer to giving Jordan (whether under the current Hashemite regime or under some yet-to-be determined successor) a range of civilian powers to govern the Arab residents there. Others raise the possibility of likewise empowering a reformed and repentant Palestinian Authority—with or without some affiliation to Jordan. Yet others relate to the possibility of engaging “alternative Palestinians” as a more pliant alternative to the recalcitrant Abbas, to manage the civilian affairs of the Arab residents of Judea-Samaria.

All these suggested alternatives miss the most crucial point for the future of Israel as the nation-state of the Jewish people.

This is that they all entail the permanent presence of a large, potentially hostile Arab population, resident in territory vital to Israel’s security–and nurtured on decades of Judeocidal incitement and exposed to irredentist influences from the wider Arab/Muslim world. It therefore makes little difference what/who the envisaged source of formal authority is over this population, since its continued presence in the commanding highlands adjacent to Israel’s most populous area will render any “deal” –ultimate or otherwise—inherently unstable and potentially perilous for Israel.

Accordingly, if all the steps taken hitherto by the Trump administration do not converge towards synthesis of a single, unequivocal outcome, they will—despite all their positive features—eventually be of little—if any—avail. At least if the goal is for Israel to endure permanently as the nation-state of the Jewish people.

As I have been at pains to underscore repeatedly in the past, for Israel to indeed endure as the nation state of the Jews, it must extend its sovereignty over all the territory between the Mediterranean Sea and the Jordan River—including the highlands that protect Israel from invasion/infiltration from the East, and ensure the security of its coastal megalopolis in the West. But Israel’s sovereignty over this territory is incompatible with providing authority to any other party that does not acknowledge the legitimacy of that sovereignty.

This is something that the rumored formats of Trump’s “ultimate deal” seem to overlook. After all, the only reason to suggest allowing Arab governance (whether Jordanian or Palestinian) over the Arab population in Judea-Samaria is that they reject the legitimacy of Jewish sovereignty.

Indeed, this highlights the underlying contradiction in any attempt to confer “autonomy” (i.e. limited authority) on any Arab entity under Israeli sovereignty (i.e. unlimited authority) in the context of the conflict between Jew and Arab. For any “autonomous” arrangement to be inherently stable, it is essential that the autonomous entity acknowledge and accept the legitimacy of the sovereign entity (Israel). But this is precisely the reverse of the underlying rationale of all the proposals to grant some Arab entity limited authority to govern the Arab population in Judea-Samaria.

Here, such authority is being granted precisely because the legitimacy of Jewish sovereignty is rejected and hence, every limitation imposed on the authority of the Arab entity will be resented, and rejected—creating endless potential for friction.

This will be particularly acute at the interface between areas under full Jewish sovereignty and those under Arab autonomy and in contending with cross-border issues, such as pollution (particularly the carcinogenic emissions of the wide spread charcoal industry), sewage, pollution from industrial effluents, agricultural run-offs, treatment of transmissible diseases, compulsory inoculation of livestock and rabies and so on Who would be charged with setting standards for dealing with these matters and for enforcing those standards? Israel or the Arab entity? If the Arab entity, how would Israel protect its citizens from the resultant hazards if those standards were not enforced? If Israel, what would remain of the authority of the Arab entity, which would be virtually emptied of all substance?

These questions are thrown into even sharper relief when it comes to matters of law and order and security. If, for example, Jordan were given authority to run civilian affairs in Arab populated areas, what would happen in case of insurrection and Israel were compelled to use force to quell the violence? Could Jordan accept the use of force against those in its charge? How would it justify inaction to the rest of Arab world?

Worse, what if an assumedly amicable regime were given administrative status west of the Jordan River and, for reasons beyond Israel’s control, it was replaced by a far less amicable one? Would Israel continue to grant powers of governance to an inimical entity?

These are merely a sampling of the myriad of unavoidable and intractable questions with which the architects of the “ultimate deal” will have to contend—and whose significance and severity the Israeli leadership will have to convey to its American counterparts—lest ill-considered and irreversible decisions are made.

In the final analysis

In the final analysis, there is only one “ultimate deal” that can ensure Israel’s long-term survival as the nation-state of the Jewish people. This requires Israel extending its sovereignty over the entire territory—from the Mediterranean Sea to the Jordan River.

The only way Israel can do this, without being compelled to rule over a recalcitrant non-Jewish population, which rejects the legitimacy of its sovereignty, is to remove that population from the territory over which it must exert sovereign rule.

The only way it can do this without engaging in forced expulsion, is by material inducements—a.k.a. incentivized emigration.

So simple. So logical. So incontrovertible ! The real conundrum is why others don’t embrace it as the “ultimate deal”. 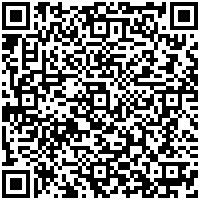