Home InDepth Columns Islamist Wordplay 101
Share on Facebook
Tweet on Twitter
The early months of 1948 did not bode well for the Yishuv. Arab marauders roved the countryside seeking out soft, isolated targets and attacked with ruthless barbarity. The situation was particularly acute in Jerusalem, where supply convoys on the roads leading to the ancient Jewish city were subjected to daily ambush.

As part of a wider effort to clear the roads leading to Jerusalem, the pre-state paramilitary forces of the Irgun and Lehi were charged with capturing the village of Deir Yassin, a strategic position that dominated the city’s western approaches.

By any measure, Deir Yassin was a hostile Arab village whose residents partook in the Battle of Kastel, exchanged daily fire with the Jewish neighborhood of Givat Shaul, provided refuge to Arab irregulars, and engaged in the almost ritualistic daily ambushes of Jewish vehicular traffic.

On April 9, 1948 Jewish forces attacked the village and advanced under withering fire from entrenched and well-armed Arab irregulars. Several hours later the village was secured. Four Israelis and approximately 110 Arabs, combatants as well as civilians, were killed. The very nature of close-quartered urban combat made civilian casualties inevitable. Moreover, Arab combatants had turned nearly every house into a fortification – with some actually disguising themselves as women. Arab propagandists soon swooped in and conjured up fantastic stories of rapes, baby killings, and wildly inflated civilian casualty figures.

Contemporary assessments of the battle have mostly debunked these spurious allegations. Yet today in Arab folklore, Deir Yassin is synonymous with “massacre,” and every Arab schoolboy is spoon-fed this lie from the moment he’s able to attain the most rudimentary form of comprehension.

The word “massacre,” when used as a verb, describes “the unnecessary and indiscriminate killing of a large number of persons.” However, for Islamists, the word carries an entirely different meaning and addresses every lawful attempt by Israel to defend its citizenry from aggression.

Deir Yassin is but one example of Islamist wordplay. More recent illustrations include the Battle of Jenin, Operation Cast Lead and the Israeli naval interception of the Mavi Marmara. During Israel’s Operation Defensive Shield in the spring of 2002, Israeli forces entered the city of Jenin in search of terrorists and their infrastructure. The Israelis could have just leveled the place with airstrikes but negated this option because the risk of collateral damage was deemed too great. Some 20 soldiers and 50 terrorists died in bitter close-quartered urban combat, but this minor detail did not prevent the PA’s Saeb Erekat from declaring that a “massacre” occurred and that 500 civilians were killed.

In December 2008, prompted by a surge of Hamas provocations, Israel launched Operation Cast Lead. The former commander of British forces in Afghanistan, Colonel Richard Kemp, noted the following of Israel’s actions during the war: “During Operation Cast Lead, the Israeli Defense Forces did more to safeguard the rights of civilians in a combat zone than any other army in the history of warfare. Israel did so while facing an enemy that deliberately positioned its military capability behind the human shield of the civilian population.”

But the Islamists, who provoked the war, saw it differently. Gaza chieftain Ismail Haniyah stated that, “Palestine has never witnessed an uglier massacre.” There’s that word again – massacre – rearing its ugly head over and over, and repeated ad nauseam.

Perhaps the most extreme example highlighting the absurdity of Islamist wordplay is evidenced by Turkey’s response to the Mavi Marmara incident. Video footage of the incident clearly demonstrates that the IDF resorted to deadly force only after its troops were violently attacked by Islamist mercenaries. Nine mercenaries with various extremist affiliations were killed. Prime Minister Recep Tayyip Erdogan of Turkey referred to the incident as a “massacre,” and compared it to the murder of the 3,000 victims of the 9/11 attacks. The offensiveness and ludicrousness of the comparison is readily apparent, and demonstrates the length to which Islamists have distorted the meaning of “massacre.”

But the Islamists have not limited their corruption of language to a single word. On the contrary, they have enlarged and expanded it. For instance, take the word “victory.” It is defined as “a success or triumph over an enemy in battle or war.” However, the Islamists attach an entirely different meaning to the word. To them, if you survive an Israeli assault with your capital intact, it’s considered a victory.

A stunning example of this absurdity is amply demonstrated by Israel’s Operation Cast Lead. During the course of the battle, the IDF quickly established military dominance, achieved a combat kill ratio of nearly 80 to 1 and sent the stalwart and proficient warriors of Hamas scurrying like frightened rabbits. Following the battle, Hamas leader Khaled Mashaal, speaking from the safety of his luxurious Damascus headquarters, almost comically said, “the resistance won the battle in Gaza, and the enemy failed in the field as it failed in politics.” That sentiment was echoed by various Gazan leaders who, after emerging from their basement hideout at Shifa Hospital, declared Hamas “victorious.”

The Arab-Israeli conflict is peppered with examples of Arab leaders proclaiming phantom victories that are divorced from reality. Arab reality is rooted in a convoluted mixture of lies and fantasy, and Arab linguistics merely reflect this skewed and deeply flawed perception.

Words carry with them powerful meanings and, if repeated often enough, begin to take root in our everyday vernacular. The modern city of Ariel, built on barren land untouched in over 1,000 years and which boasts a prestigious university and over 17,000 residents, is referred to as a “settlement” in the “occupied” territories. The word “settlement” conjures up images of colonialist takeover, while the term “occupied” completely negates the argument that these territories are in fact the subject of a bona fide dispute. Yet supposedly neutral media outlets – and even some Israelis – parrot these words simply because they’ve infected our everyday manner of speaking. The next time you hear someone speak of “massacre,” “occupation,” or “settlement,” take the time to correct them and politely inform them of the power and misuse of words.

E-mail Columbia University President Lee Bollinger at bollinger@Columbia.edu, and voice your outrage over Columbia’s continued sponsorship of Professor Rashid Khalidi, an outspoken terrorist sympathizer who is currently attempting to organize an American flotilla to Gaza.

Yossi Cukier is co-founder of The Activist Network, along with Dina Kupfer and Ari Lieberman. Please note that all petitions, letters, phone numbers, etc., can be found at theactivistnetwork.wordpress.com. The group invites suggestions for pro-Israel and pro-Jewish projects and events. 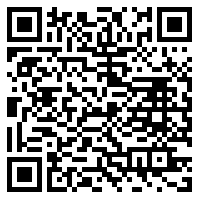