This month Social Security, the most successful domestic program in our nation’s history, celebrates its 75th anniversary.

On August 14, 1935, President Franklin Delano Roosevelt signed the Social Security Act. With one pen stroke he laid the foundation of modern American social policy. Today, millions of retirees live in dignity thanks to their monthly Social Security benefit payment.


Over the decades, Social Security expanded to not only protect against the risk of poverty in old age, but also the economic risk of career-ending disability and the premature death of a worker.

In his statement at the signing of the Social Security Act, President Roosevelt said, “If the Senate and the House of Representatives in this long and arduous session had done nothing more than pass this Bill, the session would be regarded as historic for all time.”

A little over a quarter century ago, I came to Washington to work on Social Security. Just a few months later, I got a very important lesson on how important Social Security is to families. My own father, who was almost the same age I am today, suffered a massive cerebral hemorrhage. He started to recover, and then we got the bad news that he had a fatal form of brain cancer, so we began the process to apply for Social Security disability benefits.

That was a very anxious time for my family, particularly for my mother. We were all very concerned that the health care costs for my father would bankrupt her; it was a great relief when the decision came. That’s a lesson that has always stuck with me and why I push very hard as commissioner of the Social Security Administration to try to make sure that we get benefit decisions to claimants as quickly as possible.

As we celebrate 75 years, I reflect on how Social Security was there for my family, how proud I am to work for this remarkable program, and how lucky I am to lead such a talented and compassionate workforce.

I have two wonderful children who entered the workforce in the past year. One is being called up for active military duty in October and the other will teach inner-city children. It is imperative that they and millions of other young Americans have confidence that we will continue to honor the great intergenerational contract that is Social Security.

It is in this spirit that President Obama established the National Commission on Fiscal Responsibility and Reform that in December will make recommendations regarding the future of Social Security.

With the 75th anniversary of the Social Security Act upon us, the agency has been revitalized despite the huge workloads caused by higher unemployment. Compared to four years ago, productivity is up, backlogs are down, and an aging IT infrastructure is being replaced with state-of-the-art systems and the best electronic services in the Federal government.

I am excited about the next 75 years of Social Security, and you should be too.

Michael J. Astrue is commissioner of the Social Security Administration. Among his various government positions he served as general counsel of the Department of Health and Human Services and associate counsel to the president during parts of both the Reagan and Bush administrations. 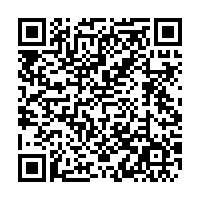