Curly, blonde-haired Ahed Tamimi is the Palestinian “Shirley Temper,” according to Israeli critics. Temper, indeed. Anyone who has watched the video of this “Shirley” attempting to provoke Israeli soldiers by slapping and kicking them will agree that this play-acting is definitely not cute.

Last month, 16-year-old Tamimi, along with her mother and 21-year-old cousin, confronted two IDF soldiers in the town of Nabi Salih, near Ramallah. The soldiers were stationed in the area following the outbreak of riots and stone-throwing assaults against Israeli troops. The violent and disturbing confrontation, in which all three Tamimis tried to provoke the soldiers by punching, kicking, and shouting at them, was filmed. The video soon went viral.


The two soldiers bore the taunts and beatings by turning the other cheek. Their submissive response was hailed by Palestinian supporters and condemned by many Israelis. Tamimi was arrested three days after the incident – three days – and much cowing of the Israeli military to public opinion –too late.

This was not Tamimi’s first run-in with notoriety. The daughter of a prominent Palestinian activist, whose family participates in almost weekly demonstrations against the IDF, the teenager made news two years ago when she was pictured biting a soldier. She toured South Africa to share her story, spoke at an event in the European Union Parliament, and in 2012 met with Turkey’s president Recep Tayyip Erdogan and was presented with an award. Last year she was charged with interfering with soldiers arresting a stone-throwing protestor and was criticized for praising the murderers of border policewoman Hadas Malka as “heroes.”

Now Tamimi herself has become a “hero.” She has turned into the “West Bank Joan of Arc,” international darling of anti-Israel activists. The blue-eyed brat is the new symbol of “Palestinian resistance” – so much easier to relate to than a dark-skinned, Hijab-wearing Muslim. Thousands of pictures of her circulate in social media and posted images of her portray her as warrior princess against the occupying force. A depiction of her facing an IDF soldier temporarily adorned bus stops in London, with the message “Free Ahed Tamimi” and “Freedom for Palestinian Prisoners.”

Though this “heroine” was indicted by an Israeli military court on a total of 12 counts, including five other altercations she participated in against IDF soldiers over the past two years, the damage is done. Rather than serving as an indication if justice being done, the indictment, in the lopsided world of public opinion, is more fodder for indictment of the Israeli “occupation.” And the glorification of this poster-child offender will only incite more violence.

Many Israelis are clamoring for Tamimi’s imprisonment, even if it would increase her martyrdom status. They are humiliated by the humiliation of their soldiers. Education Minister Naftali Bennett went so far as to say that Tamimi and her cohorts “should finish their lives in prison.”

While endorsing Tamimi’s arrest, a preliminary inquiry by the IDF found that the “commanders acted professionally by not being dragged into [the use of] violence.” Gaby Lasky, the Meretz activist and human rights lawyer defending Tamimi, explains, “Ahed was detained because of the feeling of insult and humiliation on part of the Israeli public, and the IDF prosecution wants to return the honor that was trampled on.”

Unfortunately, this was all too predictable. It is no coincidence that one month before the Tamimi incident, Israeli president Reuven Rivlin sided with the military and rejected Elor Azaria’s request to commute his 14-month jail sentence for manslaughter. This, despite support for clemency by Prime Minister Netanyahu and many other politicians. Azaria’s conviction in the shooting death of an Arab terrorist also occurred after a video of the shooting went viral.

The humiliated soldiers in Nabi Salih had no wish to become additional sacrificial video victims in cyberspace court. Or worse, in the military court of the IDF. Azaria’s abandonment by his military superiors and by Israel’s president was enough to cause any soldier to bear the slaps and kicks of a teenage girl rather than defend himself and the honor of Israel.

In what can be called the Azaria Effect, an IDF Behavioral Research unit last year found that only 41 percent of combat soldiers have confidence that their commanders would back them up after an error made during field operations. An excerpt from the study obtained by Haaretz read, “It can be assumed that these findings were influenced by the events with Elor Azaria.”

In a world overflowing with anti-Israel bias on so many fronts – the BDS movement, the UN, the European Union, the media, college campuses – sticks and stones may break an IDF soldier’s bones but names will certainly harm them. A UK government minister, Alistair Burt, took the Tamimi story to the obvious conclusion of the typical Israel hater by saying that Israeli soldiers shouldn’t have been in the “occupied” territories to begin with.

With the exception of President Trump and his few international supporters, this sentiment is shared by the vast majority of world leaders. And instances of Israeli cowardice, like that exhibited by the soldiers in Nabi Salih, only feed their frenzy.

To those of us who understand the history and background of the Arab-Israeli conflict, Israel continues to be David in the fight against Goliath. But among the elite shapers of world opinion, it is Tamimi, and the Palestinians en masse, who are seen as David, and no mater what Israel does, it will always be the oppressive Goliath of the region. This is why Israeli leaders need to take a tip from Trump and UN Ambassador Nikki Haley and double down on both their rhetoric and their actions in defense of their own country.

Israelis depend on their soldiers to have their backs. And the soldiers depend on their superiors to have their backs. In the aftermath of the Azaria and Tamimi fiascos, the bonds of trust and mutual support have been weakened. Israel’s political and military leaders must rectify the situation at once, because protecting Israel’s honor and protecting its security are one and the same. 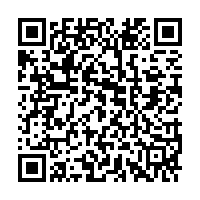