Yaffa (Yaffi) Molodik was a mother of a toddler and in her first month of pregnancy when she and her husband, Dudi, found out he was seriously ill. When Dudi was dying, they spoke about what name to give the baby upon birth. They chose a name for the baby if she would be born before her father passed away and another name for the baby if Dudi would pass away after her birth. Their daughter Avital was born one day after Yaffa got up from sitting shiva. She was a widow at twenty-three with a freshly born daughter and a son, Chagai.

While Dudi was on his deathbed he told his family he wanted Yaffi to remarry. Following his death, Dudi’s mother would from time to time remind Yaffi she needed to get remarried. A year after Dudi passed away, Yaffi felt ready to look for a husband. Friends of hers old her about a single man in Otniel, a community in the Hebron Hills, who went around like the Pied Piper of Hamlin with all of the boys in the community being drawn to him. In 1991, within two months of their first date, Yehuda Glick and Yaffi met under the wedding canopy.


Yehuda adopted Yaffi’s two children and he and Yaffi had four children together: Neriya Dovid , Shlomo, Hallel, and Shachar. When Yaffi was in her eighth month of pregnancy with Hallel, it was discovered that the baby had a rare and severe heart defect. At birth he was whisked away for open-heart surgery. The following two years were extremely trying and difficult.

Yaffi and Yehuda promised themselves that if the baby would have a brit milah, they’d call him Hallel, which is a Hebrew acronym for HaRofeh L’Shvurei Lev (the Doctor for the broken-hearted). Hallel’s first six years were spent at home. Thank God Hallel is now completely healthy.

During the fourth year that Hallel was at home, the children went to a pre-Passover camp. During matzah baking, Neriya was badly burned. The Glicks spent half a year with Neriya in the ICU and a year in rehabilitation. After their two sons recovered, the Glicks’ home in Otniel completely burned down.

Despite all of these hardships, the Glicks adopted two foster girls in 1998. They also became legal guardians for the six Aimes children, whose parents were murdered in a terrorist shooting.

On October 19, 2014, a murder attempt was made on Yehuda Glick due to his advocacy for a Jewish presence on the Temple Mount in Jerusalem. That evening Glick had made a speech at the Menachem Begin Center in Jerusalem. While he was putting things into his car, a man on a motorcycle approached him and asked him if he was Yehuda Glick before shooting him four times in the chest.

Glick survived the assassination attempt by the Arab terrorist. After undergoing several surgeries he began showing improvement. He was released from the hospital in the end of November. Yaffi was his faithful companion at his bedside.

Following the assassination attempt, Yaffi said the following in an interview with the Israeli daily Yediot Aharanot: “Today Neriya is already married and a father, but at the time, the suffering he bore was impossible to describe. Today I say, the same God Who saved us with Hallel and with Neriya, He will save Yehuda and make him healthy. This doesn’t for a moment take away the pain and the difficulty, but burned into my experience with God is the knowledge that after every disaster the redemption follows. It’s my existential experience.”

Yehuda Glick miraculously recovered. He also became a member of he Israeli Knesset on the Likud party list.

On Friday afternoon, June 23, 2017, shortly before Shabbat, Yehuda came home to find his wife unconscious on their bedroom floor. She had suffered a stroke. She was rushed to Shaarei Zedek Hospital, where she was in the same ICU Yehuda had been in and was treated by the same doctors. After her stroke, Yehuda tweeted that following the assassination attempt on his life, “she asked for prayers for me. Now, after a severe stroke, she needs your prayers.”

I saw Yehuda Glick several times at the hospital, while my late father was hospitalized. Each time I asked about his wife. There was no news to relate. Three weeks after Yaffi’s stroke, her husband was interviewed by Yediot Aharanot.

“Yaffi was with me when the terrorist shot me, and she accompanied me when I was in danger of death,” he said. “Since my recovery she had two very, very difficult years. Her father and brother-in-law passed away, an infant of a family she worked with (as a social worker) drowned in a bathtub and two neighbors, who were very close friends of ours, Dafne Meir and Miki Mark, were murdered in terrorist attacks. A third neighbor, Rivka Peretz, was killed in a car accident, and Yaffi took this very hard. Since the attack on me, she took everything to heart on very deep levels.”

Yaffi directed her pain by means of photography, yoga, writing, and prayer. Yaffi would say, “The God that was with us in our sorrow will also take us to a safe place.”

A book of her photos and poetry was published several days after her stroke. Eventually she was transferred to a nursing department of another Jerusalem hospital.

Yaffi Glick left this world on Monday, January 1 at age 51.

In his eulogy, Yehuda said, “Everything I have is yours.” He spoke about how Yaffi taught him to be sincere when saying “thank you” and how to ask “how are you” in a way that showed people he genuinely cared.

“It was not by chance that all the ‘invisible’ people were attracted to you,” he continued. “We would go to a wedding and suddenly you would disappear, and I would eventually find you sitting with someone on the side. I would say ‘Do you know her?’ ‘No, but I saw she was alone, and that something weighed heavily on her, so I came over to speak with her.’ ”

I paid a morning condolence call to the family, and it was unlike any other condolence visit I have ever made. Yehuda would look at each visitor and tell everyone present who that person was and how he or she was connected to the Glick family. Yehuda stood up repeatedly to embrace male friends. One young man came in, hugged Yehuda, and sat down next to him. The young man started to sing a Jewish song in Hebrew, and Yehuda joined in along with some of the other visitors.

On the way out, I purchased the book of photos and poems Yaffi never merited to see in book form. After reading some of the poems and looking at the photos, I have more of a sense of who Yaffi was. The world has lost an uncommonly sensitive and spiritual soul. 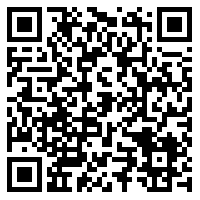