You didn’t have to agree with everything Rabbi Jonathan Sacks said or wrote to understand the value of what he was trying to teach. The former chief rabbi of Great Britain who died of cancer this past weekend at the age of 72 was a renowned communal leader, author, philosopher and educator who commanded near universal respect both in his own country where he was appointed to the House of Lords and around the world.


Although he was widely applauded throughout the Jewish world, he was also subjected to criticism. Liberal Jews decried his willingness to compromise with and to avoid confrontations with the growing ultra-Orthodox movement while that same community nevertheless didn’t recognize his leadership and were left cold by his teaching, which was grounded not just in the lessons of Torah, but in the classical scholarship and thinking that he exemplified as someone who had earned a doctorate in philosophy. In an era when Jewish life is primarily defined by division and strife, his wisdom and strong moral voice was appreciated—as evidenced by the honors that were showered upon him—but often went unheeded.

Moreover, at a time when a growing number of Jews identify principally as having “no religion” while recognizing that they have some ethnic ties to their people, the fact that his teaching was primarily based in Torah and its relevance to our lives meant that many American Jews were unable to give his ideas the serious hearing they deserved.

And yet despite that, Sacks could command the kind of nearly universal respect that few others of his generation could summon.

Many Jewish scholars and rabbis have written moral and philosophical treatises, though unlike Sacks, most are widely unread. Others have been renowned scholars and speakers.

Still, his résumé doesn’t explain why his death seems to have touched so many people.

His importance lies less in his titles than in both the content of his teaching and the conscious effort he made to be a leader and a moral guide to all Jewish people. Moreover, there was a real link between his centrist philosophy and his faith in Jewish unity that has been largely eclipsed by the forces tearing us apart. 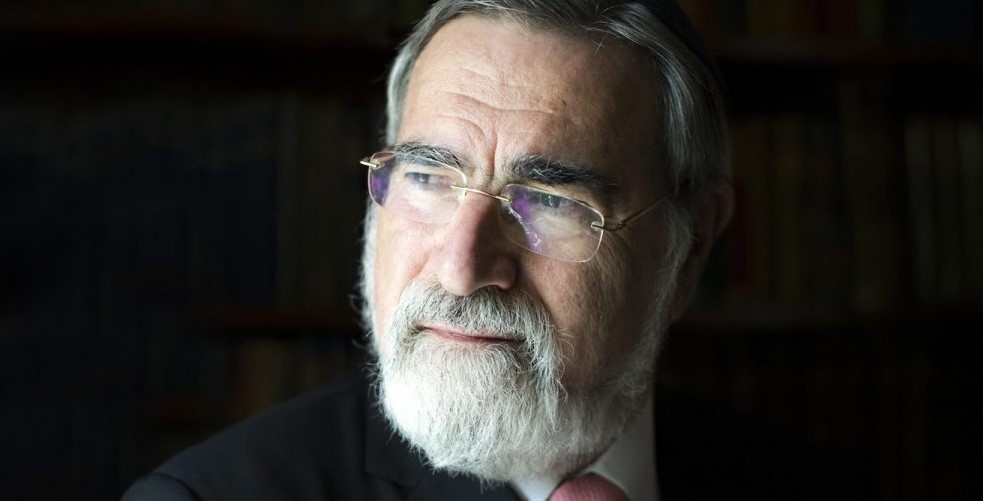 The appeal of Sacks lay in a notion of Jewish leadership that was both fully engaged with modernity and rooted in tradition. Such ideas were not original to him, but few have so successfully articulated them or embodied a desire to reach out to diverse groups on terms that so many could readily understand and identify with.

His work consciously engaged the contradictions in Jewish ideas and life. He acknowledged that the “tribalism” integral to Judaism and Jewish peoplehood appears to be the opposite of the universal values that Judaism also embodies. But he also explained that one flows from the other rather than being inherently at odds with each other. He did much the same with his efforts to reconcile belief in science with that of faith.

Those were not the only contradictions he explored. The rabbi sought to put the notion of morality back at the center of our lives, and in doing so, made it clear that faith and religion have to be part of it. He sought to promote a sense of collective responsibility and a quest for the common good as part of what he called a “cultural climate change” crisis. But he also saw clearly the dangers of too much collectivism that had produced a cancel culture inimical to free speech and to individual rights.

Like the faith tradition he represented and taught, the wisdom he imparted was both simple and profound. The message at the heart of so much of his teaching was a sense that no matter how divided Jews were, they were still part of the same family that had to engage with each other.

Much of what passes for Jewish leadership today is, in an Israeli or American context, mere partisanship and almost solely linked to the political agendas of one sort or another. Most other prominent rabbis—be they Orthodox or non-Orthodox—are also so entrenched in their particular ideas about Judaism or how Jews should relate to the world around them that whether they acknowledge it or not, they spend more time building walls between Jews than anything else.

Although Sacks didn’t back down from his particular brand of Jewish observance, everything he did seemed to be consonant with a belief that bringing people together in order to promote the values of Torah, morality and Jewish rights was the real business of any Jewish teacher. That ability to rise above his place on the religious/political spectrum in order to promote transcendent Jewish values is what truly made him special.

Perhaps, as some of his critics thought, his approach was a throwback to an era when outside threats forced more Jews to think collectively and to prioritize unity because the consequences of splitting apart were unthinkable. He courageously stood up against a resurgence of British anti-Semitism embodied by former British Labour Party leader Jeremy Corbyn. Yet the fact that at times this very acute observer of the modern world seemed a bit out of touch with the contemporary zeitgeist of division only made him more valuable to us.

He will be missed not just because of his great personal qualities and brilliance, but because he showed us exactly how a Jewish leader should act. His calm though reasoned advocacy of morality, Jewish values and Zionism was not as confrontational as some true believers in one vision or another would have liked. We need more teachers, rabbis and voices like Jonathan Sacks instead of less of them. May his memory be for a blessing.