The Georgia Senate runoff to be held on Tuesday was going to be a crucial coda to the presidential election, no matter what happened during the nine-week post-November campaign. But along with the question of which party would control the U.S. Senate for the next two years, one of the two races might have also served as a fascinating test of the electorate. It might have had told us a lot about the way Americans in a crucial swing state think about the growing influence of the radical left-wing of the Democratic Party.


The political fate of Raphael Warnock might have served as a milepost by which we might have measured the ability of the intersectional left that—among other things, uses Israel as a punching bag—had acquired the ability to win statewide elections in a state that has shifted from red to purple in recent years. But whatever happens in the vote this Tuesday, it may tell us more about the ability of President Donald Trump to make everything, even an election on which so much hinges, about him and nothing else.

Warnock is one of the two Democrats running for the Senate in Georgia—a state where the law mandates that elections in which no one wins an absolute majority requires a runoff between the top two candidates to decide the outcome. Yet the controversies about his past statements and actions have largely overshadowed his Jewish running mate Jon Ossoff, who, like Warnock, is another liberal Democrat running neck and neck with a Republican incumbent.

Warnock embodies the attitudes of many in his party who have embraced intersectional critiques of America as well as Israel, in addition to a raft of radical proposals including those relating to critical race theory. Though he has tried with the helpful assistance of liberal Jewish groups that have placed the interests of the Democratic Party above all else to walk back some of the highly abusive statements he made as recently as 2018 about Israel, carrying Warnock over the finish line was going to be a heavy lift for his supporters.

Warnock, a pastor and prolific speaker with one of the most prestigious pulpits in the nation—Atlanta’s Ebenezer Baptist Church, where he has followed in the footsteps of Rev. Martin Luther King Jr.—was burdened by videos of controversial sermons that provided ample fodder for his GOP critics.

A possible Warnock victory would be something of a turning point for the pro-Israel community. The triumph of a candidate who had signed on only one election cycle ago to accusations of Israel being an apartheid state, demonized its efforts at self-defense while offering rationalizations for Hamas attacks on its border and supported a campaign for a “right of return” that would mean the end of the Jewish state would not only be a serious blow to any effort to restrict anti-Israel rhetoric to the fever swamps of the country’s political life. It would also effectively redefine what it meant to be an “ally” of the Jewish community, as some on the Jewish left have been claiming Warnock to be. If Warnock can be given a pass for his incendiary assaults on the Jewish state or his defense of radicals like Rev. Jeremiah Wright, then anything is possible.

At a time when pro-Israel Democrats have struggled to fend off the efforts of anti-Israel and, indeed, anti-Semitic pro-BDS movement figures like Reps. Ilhan Omar (D-Minn.) and Rashida Tlaib (D-Mich.), the effort to treat Warnock as a friend of the Jewish community are troubling. It also undermines their success in nominating a relative moderate in President-elect Joe Biden.

Warnock appeared to be trailing in the first weeks of the campaign as efforts by his opponent, Sen. Kelly Loeffler, to make him the issue seemed to be succeeding. Like her running mate, Sen. David Perdue, Loeffler is a lackluster candidate who has had her own share of controversies. But efforts by left-wing groups like Bend the Arc to depict her as an anti-Semite or to somehow spin her fervent support for Israel as problematic were as unconvincing as they were absurd.

But it turns out that the answer to Warnock’s prayers were not more efforts by Jewish Democrats to deflect attention from his radical record. If Warnock wins, he will have only one man to thank: Donald Trump.

If the race appears to have turned in the last two weeks to give Warnock a slight advantage, it’s not because the efforts to rationalize his outrageous statements or to ignore his past stands were persuasive. Rather, it is because Trump’s unwillingness to accept defeat or to allow the Georgia runoffs to be about anything but him has understandably discouraged and demoralized Republican voters while re-energizing Democrats.

It’s true that Democrats, who spent four years treating Trump’s 2016 victory as illegitimate and seeking to overturn the results of that election, are hypocrites when they call the president a sore loser. It’s also possible to raise questions about alleged irregularities in the counting of the votes without being labeled as a foe of democracy, even if there appears to be no convincing evidence that Trump was cheated instead of being defeated.

But by labeling the Georgia runoffs as “illegal and invalid” because of concerns about counting mail-in ballots and attempting to inappropriately pressure Georgia’s secretary of state to change the vote count, he is—as some of his more extreme supporters have also done in the past month—given the voters who might have defeated Warnock an excuse to stay home. This goes beyond the wild unproven claims of voter fraud that have circulated since Nov. 3, and it essentially sends a signal to the half of the electorate in that state that voted for the president to give up on the system simply because Trump’s lawyers and allies couldn’t overturn the results in which he was defeated. Instead of focusing voters on the perils of electing someone like Warnock, Trump has reminded voters in a Southern state whose electorate is beginning to resemble the rest of the country of why he narrowly lost Georgia.

The consequences of a sweep of the two races by the Democrats will be enormous—not least because it will put into office two liberals who will join the push for radical measures that Biden might prefer not to pursue. But if it happens, it will be because the runoffs have become another referendum on Trump’s behavior rather than on the issues or the problematic nature of the Democratic candidates.

There has always been a tradeoff with Trump between unorthodox behavior and policies that deserved support. No president has been a better friend to Israel than he has. But if someone as hostile to Israel like Warnock wins a Senate seat, it will be because Trump was unable to put his rage about losing the election aside, and work for the good of the country and the issues that he has prioritized in his final weeks in office.

Pursuing A Two State Solution Will Not Bring Peace 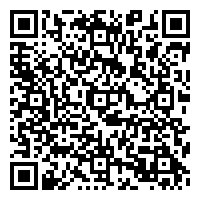