For most observers of American journalism, The New York Times has long been regarded as the flagship of liberal thought and opinion. But after a woke mob essentially hounded Bari Weiss, a centrist Jewish writer who has been outspoken about anti-Semitism, to the point where she thought that her continued presence at the paper was untenable, it’s no longer possible to describe the Times as “liberal.”


It’s true that in the shorthand of American politics, the paper’s point of view can be described as left of center. But while the meaning of labels like liberal and conservative have shifted somewhat over the years, any organization that is as irredeemably hostile to a broad range of views as the Times can’t be described in that manner. The only way to describe the newspaper that is depicted in Weiss’s shocking and devastating resignation letter is “illiberal.”

The end of Weiss’s tenure at the Times is a watershed moment for the paper both in terms of its short-lived experiment at editorial diversity that her hiring represented, and the way it treats Jews and the issue of anti-Semitism.

Weiss and columnist Bret Stephens were recruited to the Times in 2017 from The Wall Street Journal, where both no longer felt comfortable because of their fervent opposition to President Donald Trump. Stephens, a past Pulitzer Prize winner for Commentary is a conservative on most issues, though cannot abide Trump. Weiss’s politics are less easily defined, but she while she is an opponent of Trump, she is also a reliable commentator on anti-Semitism, in addition to the effort to demonize Israel and its supporters.

As Weiss relates in her letter, the Times made a concerted effort after the 2016 presidential election to come to terms with the fact that its political tunnel vision had caused it to misread the electorate and the mood of the country. However, for the left-wingers who run the Times, the distance between that laudable intention and being able to actually abide having people on staff who challenge their assumptions and prejudices is a bridge too far. Unless Stephens and Weiss were prepared to assimilate into their new environment—as is the case with David Brooks, a former conservative at the paper’s opinion section—and discard their principles in order to be a comfortable fit, then they were headed for conflict.

It’s one thing for the paper’s overwhelmingly liberal staff not to welcome those who dissent from such a groupthink atmosphere. But the problem in contemporary journalism that has infected the newsroom there and other places is the widespread belief by many, if not most, young journalists is that traditional beliefs about fairness and objective reporting are outdated concepts. As illustrated in this insightful and frightening Times profile of Wesley Lowery, a former Washington Post reporter now at CBS News, the culture of contemporary journalism at legacy media outlets has shifted to the point where many reporters believe that their primary duty is to promote a particular point of view, and to denigrate and delegitimize those who disagree.

Whatever you may think of Trump, it’s painfully obvious that this is reflected in those publications’ coverage of the Trump administration, in which there is editorializing rather than reporting in every headline and news story. The same spirit of intolerance has infected the opinion section at these newspapers because the staff is simply unwilling to publish points of view that contradict their assumptions and biases. In such an environment, an independent thinker like Weiss was in trouble even if she agreed with her colleagues about Trump.

The turning point occurred the week after the George Floyd protests when peaceful demonstrations gave way to rioting and looting. Opinion editor James Bennet, who had hired Weiss, approved an op-ed from Sen. Tom Cotton (R-Ark.) that called for the use of federal troops to stop the violence and looting (and not, as the article’s critics falsely claimed, to put down peaceful demonstrations or impose a fascist regime on the United States). Cotton’s article outraged the Times’s staff, and a newsroom revolt forced publisher A.G. Sulzburger and Bennet to disavow the piece even after they had rightly defended it as in keeping with their obligation to publish opposing views. But the woke mob at the Times no longer believes in free discourse and tolerance of opponents. They see all contrary opinions as a threat to be abolished, and their advocates to be canceled and shunned. As Weiss aptly states, Twitter (and the woke mobs of bullies who dominate that platform) has become “the ultimate editor” of the Times since not even its publisher is capable of standing up to it.

After Bennet was forced to resign over this debacle and he was replaced by Charlotte Greensit, a hardcore leftist from The Intercept—a radical rag that specializes in publishing conspiracy theories about American and Israeli perfidy—few believed that Weiss could survive at the paper.

But what she describes in her resignation letter is more than a difference over philosophy or politics. No one who reads it can really accept the paper’s commitment to a fair editorial process. Just as important, the intolerance shown her was stunning in its ferocity.

And it is her identity as a Jewish writer and outspoken commentator on anti-Semitism that is particularly disturbing. Weiss wasn’t attacked in spite of being Jewish, but in large measure because she was widely identified as a Jew willing to speak out against anti-Semitism.

As she points out, the tone of the constant bullying towards her was particularly troubling because it included calling her “a Nazi and a racist.” She said she “learned to brush off comments about how I’m ‘writing about the Jews again.’ ” Can anyone imagine an African-American writer being denigrated for writing about their community, especially when, as in Weiss’s case, she grew up at the Tree of Life*Or L’Simcha Synagogue in Pittsburgh, where 11 Jewish worshippers were shot dead in the fall of 2018 during Shabbat-morning services?

Her willingness to take on anti-Semites on the left, rather than just white nationalists, outraged her colleagues. They never forgave her for activism as a student at Columbia University when she first made her name as someone determined to oppose the bullying of anti-Zionist professors determined to intimidate and silence Jewish students. In the eyes of the intolerant left, a willingness to stand up for Israel and Jewish rights is, in a classic case of projection, an act of repression.

As Weiss noted in her letter, at the Times, coverage of Israel is invariably negative while anti-Semites, like novelist Alice Walker, are treated with kid gloves and never confronted about their hate.

The picture Weiss paints is of a paper where deviation from ideological conformity is met with contempt, insults and threats. That it is a hostile environment for proud Jews like Weiss is hardly a surprise, given the paper’s long and troublesome history on Jewish issues.

The chilling nature of her account should be a sobering read for everyone. If many Americans no longer regard an outlet like the Times as reliable or objective, it’s not because they are brainwashed by conservative outlets or are racists. It’s because those now at the Times aren’t ashamed of their biased coverage and editorial judgment. To the contrary, they pride themselves on their illiberalism and regard tolerance of opposing conservative views as a heresy that must be stamped out.

That someone like Weiss cannot survive there is worrisome for the Jewish community. It also illustrates the end of American journalism as we once knew it. 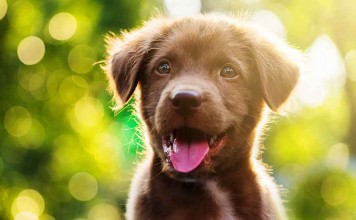 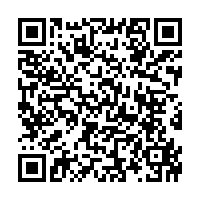