It doesn’t really matter how hard a group like Christians United for Israel tries to reach out to Jews and the organizational Jewish world. Despite their best efforts to show that their support for the Jewish state and opposition to anti-Semitism are genuine, they’re never going to convince American Jews en masse that they aren’t really the enemy.


Why? The answer isn’t so much based on skepticism or fact-based fear as it is in prejudice.

That’s a sad state of affairs, though it hasn’t deterred CUFI, which held its annual conference in Washington this week, from continuing its advocacy. The most important point to be made about this is not so much the tired and discredited arguments in which some on the left seek to downplay or twist evangelical support for Israel into something Jews should fear. It’s that at a time of rising anti-Semitism, growing support for the BDS movement and increasing Jewish disaffection from Israel, groups like CUFI aren’t just good allies to have, they’ve become absolutely essential.

For decades, many liberals have argued that conservative Christian backing for Israel is essentially worthless or on the flip side, counterproductive and even dangerous.

That argument claims that evangelicals who love Israel don’t actually care about the state or its people, but are only fighting the good fight because of a belief that their efforts will lead to an end-of-days scenario that will result in a devastating war, followed by the return of Jesus and the mass conversion of the Jews.

That few Christians and almost none who are active on behalf of Israel actually advocate for this sort of an eschatological narrative means nothing to Jews who simply refuse to believe that conservative Christians are sincere friends. It also bears repeating that it’s not clear why Jews of all denominations and political opinions who don’t believe Jesus is coming back would worry about what would happen if he did return.

You would think that after many years in which Christian groups like CUFI have demonstrated their faithful support for the Jewish state and opposition to anti-Semitism, these false claims would dissipate. But though mainstream Jewish groups, including many that are liberal in their politics, have come to understand that evangelicals deserve our trust as well as our gratitude, these sorts of sentiments continue to be voiced in the Jewish community and in liberal journals, both here in the United States and in Israel.

At the heart of this distrust is something that few Jews would like to admit to: religious prejudice.

The fact is that most in the largely urban and liberal Jewish community don’t actually know any evangelicals. But they have held on to the notion based on conditions in 19th-century Europe that the more religious a Christian might be, the more likely it is that he or she will hate Jews. If that was ever really true in the United States, it’s clearly no longer the case. Indeed, it is the less fervently religious liberal mainline Protestant denominations that are more likely nowadays to spout anti-Semitic memes or openly oppose the existence of a Jewish state. Nevertheless, Jews clustered on the East and West coasts tend to think of conservative Christians in flyover country as ignorant hayseeds who all harbor not-so-secret desires to murder Jews, even though this belief has no basis in fact.

It’s also true that the anti-evangelical argument has changed a bit in recent years. It’s now no longer based entirely on what I’d call Evangelicalphobia as it is in 21st century politics of both the American and Israeli variety.

Jewish distrust of evangelicals in 2019 has a lot more to do with differences between the two communities over issues that have nothing to do with Israel, such as abortion, gay marriage or one’s opinion of Donald Trump. In a time of heightened partisanship, many Jews simply despise conservative Christians because they are pro-Trump Republicans as they do anyone else who dwells in red-state America.

Just as most other Americans seem unable to rise above their partisan instincts, so, too, do liberal Jews regard conservatives of any kind as members of a hostile alien tribe, rather than potential allies, or even friends and neighbors. The idea that you can agree to disagree on some issues while coming together on those where you do have common ground is the essence of all Jewish communal relations. But it is being lost amid the political warfare that is drowning out every other effort to bridge the partisan divide.

Also driving the two communities apart are opinions about Israel. CUFI and other evangelicals would support Israel no matter who runs its government. But they have a special affinity with the national camp in the Jewish state. Yet their willingness to support Prime Minister Benjamin Netanyahu and his governments, along with their grasp of the fact that the real obstacle to Middle East peace is Palestinian intransigence, rubs liberal Jews the wrong way. Those on the Jewish left who want American governments to “save Israel from itself” and pressure it to make concessions that the majority of Israelis oppose don’t like the Christian right because it is viewed as an obstacle to those hopes.

That’s why it’s hardly surprising that among the most vociferous opponents of CUFI are anti-Zionist groups like Jewish Voice for Peace and IfNotNow, both of which seek to torpedo all pro-Israel advocacy, Jewish and Christian alike. The notion they put forward that Israel deserves “better allies” than evangelicals is disingenuous since what they really want is for Israel to have no allies—or rights and security—at all.

But in a time of growing anti-Semitism and anti-Semitic BDS activity—and with many left-wing Jews making common cause with Israel’s enemies, as well as seeking to sabotage pro-Israel advocacy—CUFI is more important than ever.

It doesn’t matter what you think of evangelical religious beliefs or their politics. If you care about Israel, then they deserve your gratitude. Period. 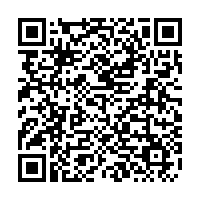