It’s not every day that Israel decides not to vote with the United States at the United Nations. It happened, however, on Nov. 13, when the two countries wound up on different sides when the U.N. General Assembly’s Third Committee held its biannual vote on a resolution that discouraged member nations from using the death penalty. The United States was one of 36 nations opposed to it. Israel was among the 123 countries that voted in favor of the motion. 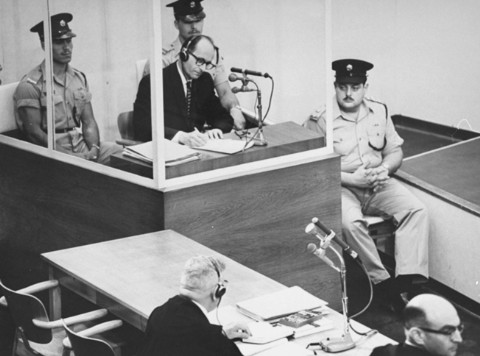 Adolf Eichmann during his trial in Israel. Eichmann is the only person to have been executed under Israel’s death penalty. Credit: Wikimedia Commons.
Advertisement

While it must be nice for Israeli diplomats to not, for a change, be the focus of the U.N.’s opprobrium (later in the week, Israel would be unfairly condemned on various bogus counts in nine separate resolutions), the disagreement with the Americans wasn’t the only ironic aspect of the vote. Only a day earlier, the Knesset’s Constitution, Law and Justice Committee debated a bill that would make it easier for the Jewish state to execute captured terrorists.

The law was already passed by the Knesset in a preliminary vote and is now being prepared in committee for final votes. While recently resigned Defense Minister Avigdor Lieberman’s Yisrael Beitenu Party sponsored it, the legislation received the endorsement of Prime Minister Benjamin Netanyahu, and it’s likely that it will be passed into law before this Knesset is dissolved in order to prepare for new elections.

How is it possible for the government to simultaneously oppose the death penalty at the United Nations while pushing for it at home?

The cognitive dissonance here has to do with politics as parties in the coalition maneuver to seem the toughest on terror. But it also illustrates the mixed feelings the subject generates among many Jews.

The death penalty already exists in Israel, but it has only been enforced once in the country’s 70-year history. The only person executed has been Nazi war criminal Adolf Eichmann after an intense public trial that gripped the world.

There have been many egregious mass murders committed by terrorists in Israel. But not only have none of those convicted been executed, many of them have wound up being freed as a result of ransom deals that were struck in order to gain the freedom of Israelis held by terrorists, like kidnapped soldier Gilad Shalit. In 2011, Israel’s government swapped 1,027 security prisoners to gain Shalit’s freedom, including 280 serving life sentences for involvement with terrorist crimes. The spectacle of so many killers with blood on their hands being allowed to waltz out of prison in this fashion helped build support for a law that would ensure that murderers pay the ultimate price, rather lounging in prison awaiting the next such egregious agreement.

This ambivalence is also rooted in Jewish religious law.

The Torah demands the death penalty for a wide variety of offenses for both murder and actions that are no longer treated as crimes, such as ritual violations, homosexuality and children who don’t respect their parents’ ideas about discipline.

Yet it also put into places restrictions on its enforcement that made such a final action rare, such as the requirement that two witnesses were needed to secure a conviction. The Talmud also goes into great detail about the difficulties put into place for the death penalty. One was that if the Sanhedrin court were unanimous in its verdict, the accused would be acquitted because such a decision was, by definition, untrustworthy. A well-known passage in the Mishnah says a court that would execute a person once every seven years would be considered bloodthirsty. But the Talmud notes the dissent of one rabbi who said that the definition was actually one every 70 years.

With that standard firmly embedded in Jewish tradition, it is hardly surprising that after 70 years of statehood, the only person deemed worthy of execution was one who played a key role in the death of 6 million Jews. But the discussion about the issue in Israel isn’t limited to debates about whether it deters murderers or whether judicial mistakes render the death penalty problematic. In Israel, it is inextricably linked to the conflict with the Palestinians.

One example is the August 2001 bombing of the Sbarro restaurant in Jerusalem during the Second Intifada. It was but one of many such crimes during a five-year period that ultimately took the lives of more than 1,000 Israelis. Among the 15 civilian deaths at the pizzeria were seven children and one pregnant woman. Like images of 9/11, the pictures of the empty strollers outside the bombed-out wreck remain haunting.

One of those complicit in this horror was one Ahlam Tamimi. She escorted the suicide bomber to the site (her younger cousin, the blond teenager Ahed, achieved international fame in the last year for slapping an Israeli soldier). She was caught and convicted to 16 life sentences, and not only expressed no remorse but said she was sorry so few Jews had been killed. She walked free in the Shalit exchange and was received as a heroine in Jordan. So it’s not surprising that many Israelis think it’s time to start dealing out justice to Palestinian murderers.

The argument against the law comes from Israel’s security services. They have good reason to worry that death sentences will not only turn murderers into international martyrs, but also lead to kidnappings of Jews, who would be threatened with murder in retaliation. Far from deterring terror, such sentences might further encourage it in a culture where those who spill Jewish blood are not only given financial rewards by the Palestinian Authority, but also acclaimed as committing an act of “resistance” and religious role models.

Seen from that perspective, the law is probably counterproductive, and the betting here is that even if it is passed, it will never be enforced. It also might be wiser policy for Israelis to insist that their leaders don’t release murderers, but as Netanyahu showed in 2011, the pressure on prime ministers to gain the freedom of captive Jews will always lead to bad deals.

Rather than condemn the Knesset for this bill, those who oppose the death penalty in every circumstance need to understand that there is something profoundly wrong with a system that allows the most bloodthirsty of killers to walk free. Who can blame Israelis for demanding justice for the victims? 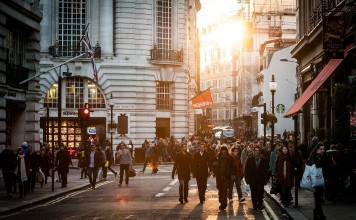 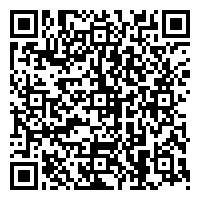