With only weeks to go before the midterms, both political parties are pulling out all the stops to win. Which in most cases means doing your best to make the voters hate the other side and to attack whoever it is that is funding them.


This is business as usual for American politics in the 21st century, but the latest twist on this familiar theme is the claim that attacks on liberal mega-donor George Soros aren’t just normal political warfare, but an insidious species of anti-Semitism.

Soros is something of a curse word on the political right, as he’s seen as one of the most sinister of a group of liberal money bags who have funded a variety of efforts to push for gun-control laws, loosen immigration enforcement, oppose U.S. foreign-policy initiatives, criticize the State of Israel, mobilize opposition to the confirmation of U.S. Supreme Court Justice Brett Kavanaugh and, above all, elect Democrats.

There are places where criticisms of Soros are more than just political combat. In Eastern Europe, local autocrats like Hungary’s Viktor Orbán and his Fidescz Party have always ferociously resisted Soros’s Open Society Foundation’s promotion of democracy and free speech. There, he is openly depicted as a stereotypical rich Jew meddling in Hungary, and threatening its peace and security.

In other places, Soros’s work as a ruthless currency trader upon which his fortune was at least partly based has also engendered enmity to him. In Malaysia, nobody has forgotten his role in a currency collapse in the 1990s, and in that Muslim society anger has been mixed with anti-Semitic invective.

The depiction of Jews as shadowy figures who use their wealth to buy influence and manipulate non-Jews to their detriment has been a staple of anti-Semitic invective for many centuries.

That’s why those who single out rich Jews for opprobrium need to be careful not to cross over from legitimate criticism of an individual’s actions to symbolism or messages that are redolent of the standard memes of the anti-Semite’s playbook.

But while attacks on Soros may mean one thing in the context of Eastern Europe, it would be a mistake to treat what is said in the United States as having the same meaning.

Yet that’s exactly what’s been happening lately as all attacks on Soros by American conservatives are being treated as evidence of an anti-Semitic surge among Republicans. Ads in which candidates are called out for taking Soros’s money are seen as no different from Orbán’s attack on him. Even former New York City Mayor Rudy Giuliani’s tongue-in-cheek reference to Soros as “the anti-Christ” was put forward as proof of Jew-hatred on the part of a man with a long record of friendship with both the Jewish people and Israel.

But the problem here is that while some of those who have attacked Soros have been anti-Semites, to speak as if that is the only possible motivation for anyone to criticize him is absurd. That’s especially true in the United States, where he is viewed very differently than in Hungary.

In the United States, Soros isn’t the boogeyman of Hungarian politics or, as he is in Israel, as a supporter of the Palestinians. Here, he’s just one more billionaire shelling out dough to Democrats like Tom Steyer, who has been the very public leader of the movement to impeach Trump, or Michael Bloomberg, the former New York City mayor who is a fervent supporter of gun control and has pledged $80 million to help the Democrats win the 2018 midterm elections.

While some extremists, on both the right and the left, may see only Jews when names like Steyer, Bloomberg or Soros are raised, a largely philo-Semitic and overwhelmingly pro-Israel American right just sees rich liberals. If Republicans bash Soros, it isn’t because he’s Jewish. It’s because he has been spending freely to defeat them. While their criticism of him has sometimes been inappropriate (such as those who recycled charges about his behavior during the Holocaust when he was a boy in Hungary), their attacks on him are no different from the way Democrats have gone all out to demonize the billionaire Koch Brothers—non-Jewish libertarians who spent freely on behalf of Republicans.

Just as some extremists associate Soros with a nefarious global Jewish conspiracy, the left-wing screeds against the Kochs that claim they are carrying out an equally awful plot of the wealthy to defraud American democracy plays upon the same themes, minus the Jewish angle.

The claims that all Soros-bashing is implicitly anti-Semitic are also hypocritical. Casino billionaire and Jewish philanthropist Sheldon Adelson is often accused by some on the left of buying support for Israel with his massive donations to Republicans, which really is an anti-Semitic assertion, but those who make such charges never acknowledge what they are doing while sticking to the absurd argument that anyone who talks about Soros is a Jew-hater.

It may be hypocritical for American conservatives, who rightly view spending on political causes as constitutionally protected free speech, to think there’s something sinister about Soros’s efforts. But their animus for him is no more illegitimate than the left’s bashing of GOP donors.

In an American context, criticism of Soros isn’t anti-Semitic. Nor is there any reason to believe that Trump, Grassley or Giuliani are anti-Semites.

As is the case with the left’s attacks on conservative donors, painting Soros as a puppeteer rather than just another political big giver is a way to delegitimize the causes and candidates he supports, rather than to address the issues he cares about.

But calling his critics anti-Semites is neither accurate nor fair. In other times and places, criticism of wealthy Jewish individuals was part of an anti-Semitic narrative. But in 21st-century America, Soros is just as much fair game for criticism as any other political donor. 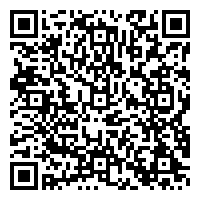