How does a liberal Jewish institution stay faithful to its mission without declaring war on those who would subvert its purpose?


That’s the challenge that Camp Ramah—the Conservative movement of Judaism’s summer camping arm—is facing this summer after several of its counselors took part in a seminar organized by the anti-Zionist IfNotNow group. IfNotNow’s purpose was to leverage the willingness of some of the young people involved to educate campers about the evils of Israel’s “occupation” of lands into a game-changing shift that would potentially transform one of America’s most cherished Zionist education venues into a hotbed of anti-Israel agitation.

That effort has clearly failed, as Ramah has formally rejected any such radical changes to its curricula. But the ensuing exchanges over what was said at a meeting between some of these counselors and Ramah’s administration earlier this year, as well as the camp’s evolving stance about the issue, have given IfNotNow free publicity, and subjected the camp to criticisms from both the right (for the continuing employment of the counselors) and the left (for rejecting their proposals).

But the real issue isn’t so much Ramah’s faulty crisis-management skills as the way this controversy has exposed the vulnerability of Jewish institutions that have long upheld the values of both liberal Judaism and Zionism at a time when both are under assault.

The camps are seeking to preserve their Zionist character at a time when many on the Jewish left are abandoning Israel. The tragedy here is not just that IfNotNow’s ultimate purpose is to undermine Ramah’s standing as one of the most effective Zionist educational outlets in the United States, but that some of its right-wing critics seem to be just as indifferent to the necessity of preserving the camp’s uniquely successful blend of Hebrew, Zionism and Judaism.

The Conservative movement that gave birth to Ramah has been in crisis for decades. A generation ago, as many as 40 percent of affiliated Jews identified with Conservative Judaism, but the most recent American Jewish Committee survey of American Jews shows that only 14 percent do so now. The movement’s blend of religious law and modernity has been too strict to maintain its status as the home for most non-Orthodox Jews when so many now prefer to be unaffiliated or part of streams that accept intermarriage and less stringent standards of religious observance.

But even as Conservative synagogues have been hemorrhaging members, Camp Ramah has remained a success story. A system of 10 overnight and five day camps in the United States, as well as four Israeli facilities, Ramah has a devoted following of campers and alumni. Whereas many other liberal Jewish institutions have failed to maintain their standards, Ramah camps remain strongholds of Hebrew education and a love for Israel as they provide Jewish kids with a fun religious experience along with normal summer activities.

That’s why the efforts of IfNotNow are so insidious. Ramah, along with other Jewish and Zionist camps, remain a bulwark of pro-Israel activism in a country where the prevailing culture has little sympathy for parochial, religious and nationalist ideas. Yet unlike Orthodox institutions, Ramah is tasked with the problem of servicing a population that is likely to identify as politically liberal—and therefore likely to be critical of Israel government policies—as well as swimming in a largely secular sea for the rest of the year.

That explains why Ramah’s leadership was willing to meet with counselors who support IfNotNow. But they have learned that the problem with venerating inclusion is that doing so can sometimes undermine the institution’s ability to perform its mission. While Ramah claims the counselors were told that the outside organization’s efforts to make anti-“occupation” education part of the camp’s curricula would not be accepted, those in attendance claim they were given reason to hope that their ideas would be considered.

Rabbi Mitchell Cohen, director of the National Ramah, says he told the counselors that “while liberal pro-Israel views on the conflict can be voiced and taught at camp, we do not allow any anti-Israel, anti-Semitic or anti-Zionist education at Ramah.” He now further states that Ramah will not under any circumstances partner with any group that is “not unequivocally pro-Israel.”

That’s good news. But the problem is that if counselors affiliated with IfNotNow are part of the Ramah staff, it’s going to be hard for him to keep that promise in both practice and theory. Though the camp is understandably reluctant to undertake what would be labeled a political purge, as long as people affiliated with anti-Zionist groups keep their jobs, critics will say that it is hopelessly compromised.

The stakes involved in this struggle are bigger than just the fate of these counselors. The goal can’t be to stifle all discussion of issues that divide Israelis as well as Americans. But if Ramah doesn’t stick to its Zionist principles, it will be abandoned by many of the families who entrust their children to the camp and the donors that support it. Moreover, many of those who are quick to condemn Ramah for its soft initial response to the problem don’t understand that it is an essential part of efforts to promote Zionism to the vast majority of American Jews who are not Orthodox.

Ramah and the non-Orthodox population it serves are too important to the Jewish future to be written off simply because one anti-Zionist group has made an unsuccessful attempt to subvert its program. Still, the camp’s leadership has to do more to assure its supporters that it understands the magnitude of this problem. The priority for those who care about Israel should be to preserve and protect a Jewish success story, not to score points in a political battle between right and left. 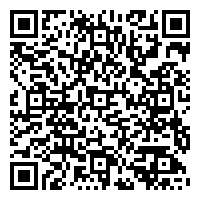