Americans woke up to a new reality last month when the Biden administration revealed that it was “flagging” social-media posts that it wanted Facebook to censor. White House press secretary Jen Psaki said the motive for this unprecedented move was to combat “misinformation” about COVID-19. But after a year in which Silicon Valley oligarchs worked with mainstream media allies to silence legitimate news stories, such as the New York Post’s reporting about Hunter Biden’s laptop that put their preferred presidential candidate in an unflattering light, the notion that the government is pushing the owners of the world’s information superhighway to engage in more censorship is hardly surprising.

It turns out that Biden and his Silicon Valley allies aren’t the only ones trying to play “Big Brother” in the name of suppressing what they claim are bad actors. The Anti-Defamation League is using its standing as an authority on hate to try to shut down speech they deem to be unworthy of protection. The group, which has transitioned from being the apolitical defender of the Jewish community to a partisan outfit allied to the “progressive” movement, is working with some of the same Big Tech oligarchs to engage in an even more sophisticated form of censorship.


The ADL has been tapped by PayPal to define criteria that will allow that giant payment system to prevent any group it labels “extremist” from making use of its services. In an earlier era when the ADL was a trusted watchdog that stuck to its task of monitoring and speaking out against anti-Semitism, such a move might have inspired confidence in the company’s decisions. But the ADL’s actions in recent years under the leadership of Obama-administration veteran Jonathan Greenblatt have made clear that it can’t be trusted with this kind of power. Even worse, by acting as a willing accomplice to what seems to be the latest episode in an ongoing corporate assault on free expression, it is ironically becoming one of the chief enablers of those undermining the democratic values it claims to be defending.

Evidence of the ADL’s bad judgment came earlier this year.

Flying beneath the radar was an effort by ADL in association with Google and a British tech company called Moonshot CVE to “redirect” users from sites that promote what they considered to be “violent extremism” via pop-up ads to those that would supposedly expose and debunk the haters. Like Big Tech’s successful efforts to protect Joe Biden during the presidential campaign, this one has led not just to abuse and questions about its methods but also suspicions about the real motive behind the project.

The ADL began promoting Internet censorship in 2019 ostensibly to stop Holocaust denial on social media. But starting down that road helped create a slippery slope that by January 2021 resulted in shutting down the social-media accounts of a sitting president of the United States because he was saying things Facebook’s Mark Zuckerberg and Twitter’s Jack Dorsey didn’t like, with the Jan. 6 U.S. Capitol riot serving as the pretext for doing so.

In February, the ADL published a study documenting its activities from September to December 2020 in which it flagged more than 34,000 Internet searches for what it labeled as hate speech.

That might sound like a good idea if you can convince yourself that there are no dangers involved in trying to micromanage what people are allowed to read on the Internet. But this program created problems that should have sounded alarm bells, though due to a lack of scrutiny from the media, few know about them.

It turns out that the diversions sponsored by the ADL and executed by Moonshot were not necessarily sending these supposed seekers of hate speech to websites where they would be taught to be nice. In fact, in one documented instance, the would-be high-tech do-gooders sent users to the website of someone calling himself “Beau of the Fifth Column,” an Internet personality who posed as a Southern gun owner with progressive views and a large following on YouTube. But a closer look at the person, whose real name is Justin King, revealed that he is a left-wing anarchist with a criminal record involving human trafficking. He also regularly promotes anti-Semitism on his site. It was only by chance that independent researchers already familiar with King’s activities stumbled across the fact that he was being helped by a program promoted by the ADL.

Google executives were quizzed about this at a congressional hearing but had no explanations. The same is true about Moonshot and the ADL, which have refused to comment about it to this day. And the same corporate media outlets that are cheering on the administration and Big Tech’s censorship efforts have shown no curiosity about finding other such “mistakes.” Those with knowledge about how their program worked say there is no way of knowing for sure how many other such blunders the project made given its sponsors’ partisan blindness to left-wing hate.

Part of the problem is a lack of transparency. No one involved in this program is willing to talk about the details of the algorithm being used to produce such a disastrous result or when or how they’ll use it again. But what we do know from what the ADL revealed when it trumpeted its involvement in it is that the “redirect” effort is focused on hate from right-wing sources.

Since Greenblatt replaced Abe Foxman at the head of the ADL, it has time and again demonstrated that it is now just another Democratic Party auxiliary. That’s a shame since, unlike most national Jewish groups, it still has a job that needs doing in terms of monitoring anti-Semitism. By intervening in partisan fights like the Supreme Court confirmation of Justice Brett Kavanaugh, its slander of former Secretary of State Mike Pompeo as an “Islamophobe” and its relentless dubious efforts to link former President Donald Trump to right-wing anti-Semites, coupled with a willingness to wink at false analogies between his administration and the Nazis, the ADL surrendered its non-partisan status.

That’s the context for understanding how the ADL/Moonshot effort to root out “right-wing violence” worked. It ignored the fact that hate, not to mention anti-Semitism, is also emanating from the left. That’s the only explanation for why they signed off on criteria for determining whether someone was searching for a hate site that included typing in the words, “the truth about Black Lives Matter.” Anyone who was curious about the movement or who wanted to know more about its opposition to the State of Israel and Zionism, or the way critical race theory has granted a permission slip to Jew-hatred, was automatically labeled a hater by the ADL and its partners.

That’s more than ironic after the wave of violence directed at American Jews in the wake of Israel’s conflict with Hamas terrorists in May, and the way the BLM movement and its most prominent congressional supporters sought to demonize Israel and its supporters.

Yet it is the same ADL that has just been engaged by PayPal to set criteria that will allow the global online payment service to shut down financial networks that, according to the group, “support extremism and hate” or endanger “at-risk communities.” Again, the ADL isn’t saying how it will make its decisions. Its record, however, leaves little doubt that the group is being empowered by PayPal to put out of business any group that dissents from its support for BLM or other left-wing causes by pinning the extremist label on them.

That prospect raises more questions about the future of free speech than answers about dealing with extremism.

You don’t have to be a Trump supporter or have the slightest sympathy for actual extremists, whether on the right or the left, to understand what this means. The ADL’s partnerships with Big Tech should be fueling worries of a growing threat of a liberal corporate tyranny regime that will—in the name of safeguarding democracy, “anti-racism” and opposition to extremism—not merely chip away at free discourse in the public square but shut it down altogether. In what may be the ultimate expression of gaslighting, those, like the ADL, who pose as the defenders of democracy may be a far more serious threat to our freedoms than the marginal groups they claim to be targeting. 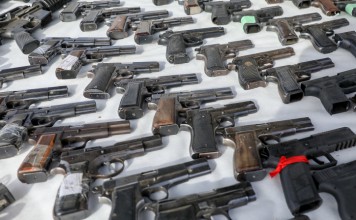 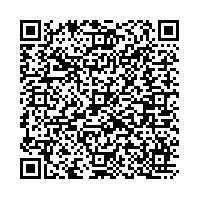