Israeli Prime Minister Benjamin Netanyahu’s foes are cheering. The prime minister’s critics weren’t able to defeat him at the ballot box over the course of his current 10-year run in power. But regardless of the merits of the accusations or the appropriateness of the announcement just weeks before the next national elections, Attorney General Avichai Mandelblit’s announcement that he will charge Netanyahu with wrongdoing in three separate cases may well put an end to the prime minister’s long political career.


The formation of a new centrist coalition—the Blue and White Party, under the leadership of former Israel Defense Forces Chief of Staff Benny Gantz—had already called into question whether Netanyahu’s Likud Party would win on April 9. But with three indictments hanging over his head and the likelihood that if Netanyahu wins, a sitting premier would be put on trial sometime during the term of the next Knesset, the case for change just got that much stronger.

There are four main takeaways from the announcement.

The first is that Netanyahu must take some responsibility for putting Israel in such an unfortunate situation through his arrogance and sense of entitlement.

The second is that the corruption allegations are, in fact, highly questionable, and it’s hard to believe they can be sustained in a fair court of law.

The third is that the process that led to indictments on the eve of an election after years of discussion and investigation was deeply flawed.

The fourth is that while Netanyahu is certainly down, he’s by no means out.

The first point to be considered is that while the prime minister and many of his supporters may consider him to be irreplaceable, after a decade leading the country, he has clearly overstayed his welcome.

The case for term limits for leaders of nations is persuasive. The charges against the prime minister, even if they should never have been pursued as a criminal matter, speak to a certain arrogance and sense of entitlement that is inevitable when the occupant, as well as their families and underlings, start thinking they are untouchable.

That is certainly the case with Netanyahu. He’s served four terms as prime minister, including the last three in a row, and for all of his brilliance, masterminding and achievements, his act long ago starting wearing thin. The era in which Israel was run by ascetic leaders who lived and acted in a modest manner appropriate to a nation built on pioneering values—David Ben-Gurion and Menachem Begin wouldn’t have been caught dead accepting cigars and champagne by the caseload from wealthy admirers, as Netanyahu has done—has long been over, but that doesn’t excuse the Netanyahu clan’s often inappropriate behavior.

The alleged corruption cases all speak to Netanyahu’s high-handed manner and willingness to use his power in ways that leave him open to suggestions of wrongdoing, even if it can be argued that he did nothing illegal.

It’s also true that the “indispensable man” argument for keeping him in office is a function of Netanyahu’s unwillingness to promote allies or countenance the idea of a successor. Greater men than Netanyahu have done the same thing—Winston Churchill kept his designated successor waiting for him to retire for nearly a decade after World War II. The roster of talented people he (and reportedly, his wife Sara) has chased out of the Likud is impressive, including leaders of some of the parties that are the Likud’s coalition allies. If there is no one of stature waiting to take over the party that has ruled the country for the last decade, it’s because that’s the way the prime minister wanted it. And that’s why he has persuaded his supporters that fighting the indictments, rather than sparing the country this ordeal is necessary.

But the three cases for which he will be indicted are not the terrible crimes Netanyahu’s foes make them out to be.

The first (called Case 1000) claims that Netanyahu is guilty of fraud and breach of trust because of his acceptance of expensive gifts. While the gifts were egregious, it’s not clear what law he broke when he pocketed the champagne and cigars. Nor is there any proof of a quid pro quo that would make the gifts a bribe. All the prime minister is guilty of is having wealthy friends and a rich man’s tastes.

The second charge (Case 2000) is even more flimsy. It alleges that he committed a breach of trust by discussing a possible bargain with the head of a critical newspaper in which the publisher would give Netanyahu favorable coverage in exchange with the prime minister supporting legislation that would hurt Israel Hayom, the pro-Likud newspaper owned by casino magnate and philanthropist Sheldon Adelson. Here again, Netanyahu broke no law, and since nothing came of the conversation, it’s hard to see how he breached the public trust. The charge is also a joke because the effort to strangle Israel Hayom by the left-wing opposition parties and rival papers was itself an anti-democratic plot against freedom of the press that Netanyahu ultimately foiled.

The third charge (Case 4000) sounds more substantial since it alleges that Netanyahu traded regulatory decisions that favored the Bezeq Company in exchange for favorable coverage on its Walla news site. But since Walla remained critical of the prime minister, it’s hard to see how that constitutes actual bribery. Even if Walla had flipped to favor the Likud, there is no law that says favorable coverage is bribery.

I find it hard to believe that Netanyahu will be convicted of any of these charges, none of which would ever have been brought in an American court. The latter two charges amount to criminalizing a politician’s attempts to gain better coverage in a news media that is well-known to be overwhelmingly biased against him. That’s a shameful interference in the political process.

But whether or not you agree that these charges should never have resulted in indictments, the process that led to their announcement on the eve of the election is outrageous.

The police and the attorney general’s office have been investigating these charges for years. The police made their recommendations many months ago after a probe that lasted far longer than it should have. And Attorney General Avichai Mandelblit sat on his decisions, too. If indictments were in the offing, then they should have been announced months ago or held until after the election. Throwing them out now—a week after the deadline for the parties to file their lists for the election—is as much of an unconscionable intervention in the democratic process as former FBI director James Comey’s last-minute revival of the charges against Democratic candidate Hillary Clinton for mishandling classified emails in the days before the 2016 U.S. presidential election.

But fair or not, the indictments and the emergence of Gantz and his new party make it seem as if Netanyahu is finally down for the count. Polls were already trending against the prime minister, and that trend may only accelerate now.

Still, he’s not beaten yet. Gantz’s views remain a mystery, and the next several weeks will provide him with a tougher test of his political mettle than he’s ever experienced. And as unfair as the timing of the indictments may be, it actually reinforces the view of most center-right voters that Netanyahu is being treated unfairly. Though Gantz is a plausible alternative because his stand on the conflict with the Palestinians doesn’t seem to differ much from that of the prime minister, the center-right consensus may still feel more comfortable with Netanyahu in charge. Nor would I put it past Netanyahu to mount a comeback once he’s acquitted on all charges—something even his foes concede is more likely than not.

There’s no escaping the fact that Netanyahu’s time as prime minister may be about to end. If so, he may regret its tawdry finish, but it has still been a career filled with enormous achievements in terms of Israel’s economy and in safeguarding its security. Throwing a prime minister out of office who is widely acknowledged as having great success in this manner on such flimsy grounds sets an unfortunate precedent. As much as his enemies damned Netanyahu for standing strong against suicidal concessions on the peace process, as well as for alleged corruption, Gantz will be hard-pressed to match Netanyahu’s record. Even if the outcome of the story was inevitable, Israel will still be the poorer for losing such an able leader in this manner. 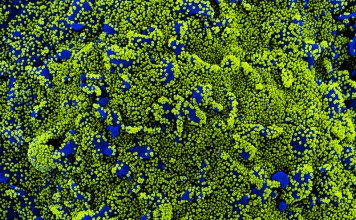 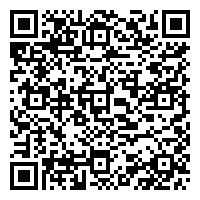