Earlier this week, Israeli television broadcast a report about the details of the Middle East peace plan that the Trump administration is planning to unveil at some point in the future. If the report is correct, then the plan crafted by senior White House adviser and presidential son-in-law Jared Kushner will be similar to those set forth by previous administrations and past Israeli governments but which the Palestinians repeatedly rejected.


But most savvy observers aren’t wasting much time speculating about the peace plan. Few think there is any chance this effort will succeed. But while the lack of progress towards peace continues to be lamented by Americans who foolishly blame Israel for the impasse, developments that highlight progress towards Israel’s economic integration into the region are far more important than Kushner’s exercise in futility.

The more important news coming out of the Middle East this week concerns the formation of the Eastern Mediterranean Gas Forum. The forum is a multilateral group composed of Israel, Egypt, Jordan, the Palestinian Authority, Cyprus, Greece and Italy. Its purpose is, in the words of the announcement issued by Egypt’s Petroleum Ministry, to, “create a regional gas market that serves the interests of its members by ensuring supply and demand, optimizing resource development, rationalizing the cost of infrastructure, offering competitive prices and improving trade relations, among other goals.”

The forum is part of an effort to harness the enormous bounty of offshore gas reserves in order to make the group a regional energy hub. Much like the EastMed Pipeline that some of the same countries, including Israel, are building as partners, the plans reflect changes in the global economy that have the potential to enrich countries that used to be thought of as lacking natural resources.

But the real significance is that it demonstrates that the integration of the Jewish state into a regional and global network didn’t have to wait until the Palestinians finally decided to make peace.

The irony about these developments is that the forum and the pipeline might actually tie Israel so closely to Egypt and other nations that it could restrict the Jewish state’s flexibility and independence in international trade, especially with respect to marketing exports. It could also potentially create avenues where Israel might be pressured to make diplomatic or political concessions to its foes. Yet sabotaging the group’s economic interests for the sake of furthering the conflict would be against the interests of all the participants. That would be especially true of the Palestinian Authority, which is hungry for a new revenue source to support its corrupt government.

The forum and pipeline fulfill what Israel’s founding generation considered its ultimate goal. The Jewish state is now an economic and strategic partner for neighbors that once sought its destruction.

Economic advances don’t erase all of Israel’s problems. The anomalous situation in the West Bank—where Israel maintains security control while the Palestinian Authority provides self-government for most Arabs—is viewed with disgust and frustration by both sides. But both Israelis and Palestinians know that peace is nowhere in sight.

Kushner’s proposal reportedly calls for a two-state solution with a Palestinian state that would control 85-90 percent of the West Bank and a share of Jerusalem. Israel would keep the major settlement blocs and overall control of the Old City of Jerusalem. Israel, the Palestinians and Jordan, and perhaps other countries, would jointly administer the sacred sites on the Temple Mount.

The news about these terms set off a predictable flurry of reactions with the Palestinian Authority vowing never to accept anything less than a full retreat to the pre-June 1967 lines, though even that wouldn’t necessarily prompt recognition of Israel’s legitimacy. The parties to the right of Israeli Prime Minister Benjamin Netanyahu’s Likud also fired off releases denouncing any move to a two-state solution that would, they said, endanger Israel’s security.

Netanyahu stayed silent about the report, as he has every previous discussion of Kushner’s efforts. If the Palestinians were willing to agree to peace on just about any terms that included Israel’s survival, it would provoke a political crisis for him. But he knows that P.A. leader Mahmoud Abbas isn’t capable of going along with Kushner’s plan or even more generous schemes. And as long as Hamas is in control of Gaza and presents a deadly threat to Abbas’s Fatah Party’s hold on the West Bank, the P.A. will be incapable of agreeing to any peace plan.

Israel’s critics—and even many of its friends—think that the Jewish state is doomed unless this changes. In order to wish away unpleasant and uncomfortable facts about the Palestinians being formally willing to give up their century-old war on the Jewish state, some of us engage in magical thinking about Israeli concessions that would only embolden its foes (as was the case with Ariel Sharon’s withdrawal from Gaza in 2005), providing a formula for solving an insoluble problem.

Time is not supposed to be on Israel’s side. We are constantly told that if drastic and dangerous measures are not implemented, the Jewish state is lost. But as the news about the pipeline and the forum indicates, Israel is getting stronger, not weaker, in spite of its inability to force the Palestinians to make peace.

To note this doesn’t mean that everything is perfect or that Israel shouldn’t seek to lessen points of conflict with the Palestinians. But the emphasis on a political solution where none is possible is counterproductive. The only path towards coexistence is via economic cooperation that the gas initiatives and other measures represent.

Seen in that context, Trump and Kushner might do better to keep their plan—however well-intentioned—permanently on the shelf and instead focus on promoting development that would help the Palestinians shake loose their dependence on Fatah patronage. Israel’s progress in integrating its economy into the region not only didn’t have to wait for the Palestinians to give up their war; it provides the best and perhaps the only path to peace. 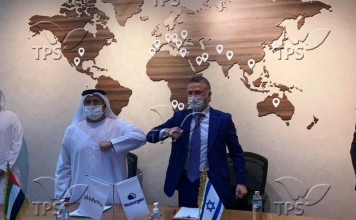 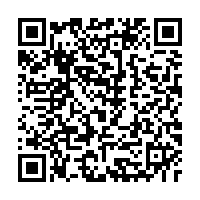