It took him 16 months to get around to it, but U.S. President Donald Trump finally kept another campaign promise and pulled the United States out of the Iran nuclear deal. To his critics, especially the Obama administration alumni who have dedicated themselves to defending the 44th president’s foreign-policy legacy, the move is quintessential Trump: irresponsible, impulsive, politically motivated, and rooted in ignorance and malice.

But while Trump can be all those things and more, the narrative that his Iran policy is a foolish departure from the wise efforts of his predecessor is false. Think what you like of Trump the man and his relentless Twitter account. Yet for all of his faults, in making what may well turn out to be the most significant decision of his presidency, Trump not only did the right thing, but also exposed the intellectual bankruptcy of the supposed adults in Washington, U.S. foreign-policy establishment and America’s European allies. Though the way forward may well be difficult and fraught with peril, by taking the first formal step to reverse former President Barack Obama’s effort to appease the Islamist regime, Trump has demonstrated that he has a surer grasp of how to defend U.S. national security—and that of our allies—than all the people who are assumed to be smarter than him.

To understand why requires not only an explanation of how deeply flawed the nuclear pact is, but why those who claim that it’s working just fine (and who predict that Trump is plunging the world into a crisis) are wrong.

The first point to be made about the Joint Comprehensive Plan of Action is that it didn’t fulfill Obama’s 2012 campaign promise to end the threat of an Iranian nuclear weapon. Instead, Obama’s desperation to make a deal at any price—a desire rooted in the president’s belief that détente with Tehran was both possible and desirable—resulted in granting the Iranian nuclear program an international seal of approval. It enriched and empowered the Islamist regime, and granted it an undeserved legitimacy. But rather than “get right with the world,” as Obama promised, Iran used the massive cash windfall in unfrozen assets and the lifting of sanctions to ramp up its aggressive behavior, as well as continue building missiles whose only purpose would be to carry the nukes it lied about not wanting to build.

Thanks to the free pass Obama gave Iran in Syria, it not only enabled the barbarous survival of Syrian President Bashar Assad’s regime, but allowed the establishment of Iranian bases there to further threaten Israel and moderate Arab regimes.

Yet Trump’s critics still claim that the deal was only focused on nuclear issues, and that for all its flaws, the agreement stalled that threat. They assert that Trump is making it easier for Iran to go back to preparing to break out to build a bomb with no “plan B” to ensure how it will be stopped.

Those who believe Trump is wrong are making the same mistake that Obama made in the negotiations. Obama acted as if he needed a deal more than Iran and then abandoned all of the West’s demands that it give up its nuclear quest one by one. As a result, Iran got to keep its program and advanced research capabilities, and also forced the United State to agree to sunset provisions that will mean that within 10 to 15 years, all of the restrictions on their nuclear capabilities will expire.

Even if there were no other flaws in the deal—and there are many—that one alone would have justified Trump’s decision since a failure to renegotiate the JCPOA is tantamount to conceding that Iran will get a nuclear weapon sooner or later.

Unlike Obama, Trump understands that Iran is the weaker player in this confrontation, not the United States. While it may threaten to start building a weapon, doing so would force the Europeans—and even the Russians and the Chinese—to back Trump. That would accelerate a return to international sanctions and isolate them again. With unrest inside Iran building—both from anger over the theocracy’s impact on the lives of ordinary Iranians, and frustration over the Islamist tyranny’s incompetence and corrupt management of the economy—there is no way the ayatollahs will roll the dice in a standoff with the Americans in that way.

Trump is calling their bluff, and he is right to do so.

That means the immediate danger of an Iranian breakout is unlikely to materialize. Once that’s clear, the administration can begin tightening the noose on Iran’s economy by not only re-imposing U.S. sanctions, as Trump has done, but also by warning other nations, including America’s European allies, that anyone who does business with Iran will not be able to conduct transactions with U.S. financial institutions. The French and the Germans will scream, but they would have no choice but to comply. As much as the president’s critics argue that he has forfeited America’s role as leader of the free world with his behavior, his policies make it clear that it is Trump—and not the seemingly more respectable Emmanuel Macron or level-headed Angela Merkel—who is defending the West.

In other words, although Obama apologists and the Europeans have kept telling us that there’s no way that America can start to roll back the deal on its own, Trump is about to do just that. And it will not only unravel the nuclear deal, but begin reversing the gains Iran has made in the last four years as its prestige rose and its coffers began to fill. Sooner or later, as Trump predicted, Iran will have no choice but to talk about a new nuclear deal that will, in contrast to the pathetic show put on by Obama and former Secretary of State John Kerry, be on America’s terms, not that of the ayatollahs.

Far from endangering U.S. security, Trump’s move was the first step towards averting the peril that Obama’s shortsighted effort at appeasement created. Are there risks associated with this strategy? Of course, there are. But they are not as great as the risks, both long- and short-term, that Obama’s deal created.

As was the case with his decision to reverse Obama’s campaign to create more daylight between the United States and Israel—and to recognize Jerusalem as the capital of the Jewish state—Trump has dismissed the conventional wisdom of the so-called experts. His instinctual distrust of the establishment was not a manifestation of his ignorance, but a recognition that they were, as they have been for decades, dead wrong.

There are still many good reasons to distrust Trump and to be disgusted by his personal behavior. But hard as it may be for those who despise him to admit, on Iran—as on Israel and Jerusalem—he has done the right thing. As his efforts to stop the rogue regime in Tehran continue, those who oppose this strategy will deserve our scorn. Not Trump. 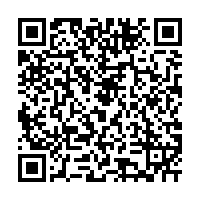