TV host Feisal Al-Kassam – a well-known figure on Arab-world social media with millions of Twitter followers – was interviewing Iran’s Tamir Muswai when he suddenly broke into an agitated tirade: “You [Iranians] want to liberate Jerusalem? And what will you do with it? You will join it to what? Will you join it to Baghdad, which the world defines…as the filthiest capital in the world? Will you join it to Beirut, which has become the biggest garbage dump in the Middle East?”


Muswai looked shocked by the outburst, but Al-Kassam wasn’t finished: “Will you join it to Damascus, where people are dying of hunger? Or perhaps it will become like Sanaa [in Yemen] of the Houthis?!”

(This doesn’t mean, of course, that the Qatar-based Al Jazeera network favors Israeli sovereignty over Jerusalem. It would love Hamas, for instance, to “liberate” Jerusalem in a holy war against Israel – but that’s for a different article.)

In his rant, Al-Kassam chose to mention decaying Arab capitals that have fallen under Iranian influence in the wake of Arab nationalism’s decline. Iran’s intervention is clearly not welcomed by many of the populations of the countries he listed.

But from our vantage point, Al-Kassam’s outburst informs us that Jerusalem under Jewish sovereignty represents accomplishment, beauty, prosperity, and freedom – and even the Arab world knows it.

For one, it is a major draw for visitors from around the world. Over 3.1 million tourists visited Jerusalem in 2018 – only 21 percent of whom were Jews – and close to 3.5 million did so in 2019. That’s more than the total number of tourists to Lebanon, Iraq, Syria, and Yemen combined.

In June 2015, a survey carried out by the PA-based Palestinian Center for Public Opinion found that 52 percent of Arabs living in eastern Jerusalem said they would prefer to be citizens of Israel. Note that this counts only those who weren’t afraid to reply to the pollster. (The mukhtar of Sur Baher, an Arab village in eastern Jerusalem, has said that many are scared to say so out loud, but most of the residents in his village prefer to live under Israeli sovereignty than PA rule.

Outside of Jerusalem, the numbers are dramatically different. Only 12 percent of Gaza residents would choose Israel over the PA, while in Judea and Samaria a minuscule 4 percent would prefer Israeli citizenship.

In an article last year, Prof. Alan Dershowitz wrote, “The suffering of Palestinians, which does not compare to the suffering of many other groups, has been largely inflicted by themselves. They could have had a state, with no occupation, if they had accepted the Peel Commission Report of 1938, the United Nations Partition of 1947, the Camp David Summit deal of 2000, or the Ehud Olmert offer of 2008. They rejected all these offers, responding with violence and terrorism, because doing so would have required them to accept Israel as the nation state of the Jewish people…

“Had the early Palestinian leadership, with the surrounding Arab states, not attacked Israel the moment it declared statehood, it would have a viable state with no refugees. Had Hamas used the resources it received when Israel [left]…the Gaza Strip in 2005 to build schools and hospitals instead of using these resources to construct rocket launchers and terror tunnels [emphasis added], it could have become a ‘Singapore on the Sea’ instead of the poverty-stricken enclave the Palestinian leadership turned it into.”

Once again, let us note that Jerusalem under Israeli control has become a bastion of freedom and progress. There is freedom of religion, freedom of access to religious sites, growth in hi-tech and other advanced industries, architectural and ecological beauty, vibrant Torah study, and visitors of all religions from all over the world.

Let us continue to work together, not only for the benefit of Israel as a Jewish state and Jerusalem as an eternal Jewish city, but for the good of mankind, to keep Jerusalem unified under Israeli sovereignty.

To join a geopolitical tour of Jerusalem, or to participate in efforts on behalf of united Jewish Jerusalem, visit www.KeepJerusalem.org or e-mail info@keepjerusalem.org. 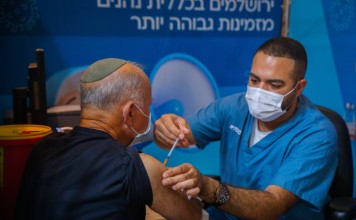 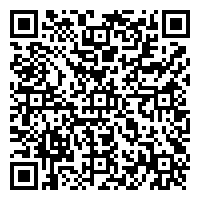