Jews thrown out of their Jerusalem homes by Arabs decades ago may not be able to return to their property. This, because of a Supreme Court appeal by 70 Arab families who refuse to leave the properties on which they are currently squatting.

The case concerns 1.3 acres in Ir David, also known as Silwan, below the Temple Mount. Indications are that the High Court might reverse previous decisions and prevent the land from returning to representatives of the Jewish owners. Such a ruling would be a definite setback in the forward march of the Jewish people to their one and only homeland.


But in truth, it would only be a temporary delay. Consider Nachalat Shimon, for example. This neighborhood sits just west of the 2,000-year-old burial cave of the Talmudic sage Shimon HaTzaddik. Maps of the area from between 1921 and 1945 show three neighborhoods: two Jewish ones, Nachalat Shimon and Shimon HaTzadik, with a smaller Arab one named Sheikh Jarrah slightly to the south. After the War of Independence of 1948-9, Jordan took over the entire area – an occupation condemned by the Arab League and not recognized by the international community.

We don’t know exactly what happened to these areas under Jordanian rule given the sparse documentation of that period. We do know, however, that after the Six-Day War in 1967 and the liberation of Jerusalem, the entire area suddenly became known as the “Arab” neighborhood of Sheikh Jarrah. Nahalat Shimon and Shimon HaTzadik became populated with Arabs, and the Jewish-owned lands were all but forgotten.

As a result, when representatives of the former Jewish residents sought to return to their homes, they were accused in the Arab and world media of victimizing poor Palestinians.

The facts, however, are these: Jews purchased the land of Nachalat Shimon as early as 1890, and some 20 indigent Jewish families moved in. Around 1915, more extensive Jewish construction began, and yet another Jewish neighborhood was begun in 1927. By 1947, there were 100 Jewish homes in the area.

This all came to an end within a two-hour period in March 1948. Amidst mounting Arab violence, British police arrived one day and gave the Jewish residents exactly two hours to move out. They explained that, yes, they were the ruling authority in the Holy Land, but, no, they could not defend the Jewish citizens against the Arab marauders. Within a short time, Arabs invaded the neighborhood and set the Jewish houses on fire. Only one building, a synagogue, was somehow left standing.

Just a couple of weeks later, it turned out that the British could not or would not even protect Jews passing through the neighborhood in an armed convoy – and local Arabs massacred no fewer than 78 Jewish doctors and nurses on their bi-weekly way to Hadassah Hospital at Mt. Scopus.

And yet, despite all of the above – the Arab pillage, the world’s indifference, and efforts by pro-Arab groups on behalf of Palestinian “victims” – the story of Nachalat Yitzchak and Shimon HaTzaddik has been heading towards historic justice, as families have been returning to the area.

One of these is the Hubara family, who were among those thrown out of Shimon HaTzaddik by the British because of the Arab marauders. In 1967, they were also among those who found their old home occupied by Arab squatters. But they did not fight; they were unwilling to endure the lengthy legal battles required to redeem the property.

But in February 2005, tragedy struck the family: Shimon and Dalia Hubara’s 26-year-old daughter, Odelia, was among five Jews murdered in a bombing attack by the Islamic Jihad terror gang in Tel Aviv. That changed everything, and the Hubaras decided to embark on reclaiming what was rightfully theirs. It took 12 years, but last year, with the help of the Israel Land Fund and the Jerusalem Capital Development Fund, and following a court order against the squatters for refusing to pay rent, police returned the Hubara home to its legal owners.

Today, over 1,000 Jewish residents live in the Old City’s old Jewish Quarter (today’s Muslim Quarter), nearly 80 families live in the old Yemenite Village of Shiloach, and a Jewish neighborhood of over 100 families, named Maaleh HaZeitim, has been built on the Mount of OIives. Eight families live in Abu Tor and six more in Kidmat Zion, on the edge of Abu Dis.

Incidentally, what did happen during the 19 years of Jordanian rule in eastern Jerusalem? The United Nations, without consulting the Jewish community or the Jewish owners, got involved in settling Arabs on Jewish properties. For instance, under the auspices of UNWRA, disputed houses in Sheikh Jarrah were handed over to the Hannoun and Gawi families in 1956. Basically, it stole Jewish property and thereby helped create what eventually became the above hotspots of tension between Jews and Arabs.

To participate in efforts on behalf of united Jewish Jerusalem, or to take part in a geopolitical tour of Jerusalem, visit KeepJerusalem.org or e-mail info@keepjerusalem.org. 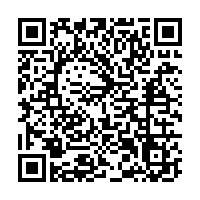