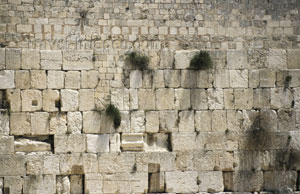 It was the driest of headlines, betraying nothing of the dramatic events it heralded. “Police Forces Operating on the Temple Mount,” read the ticker late Saturday night. The news brief below it gave just a tiny bit more detail, explaining that police were moving Muslim worshipers from the Temple Mount area.


A representative of the Temple Mount Movements’ Joint Task Force provided us with the full story:

Generally, Muslim worshippers on the Temple Mount pack up around sunset and go home for the night. But this Saturday night, hundreds of Muslims, led by a band of stocking-masked Arabs, decided to remain holed up in the compound. Planning to riot and throw firebombs the next morning, they would thus prevent the normal opening of the Mount and scare away tourists and Jewish visitors. That, of course, is the end goal of these terrorists: to detach the Jewish People from the source of their national strength and history.

Several years ago, these attacks were fairly commonplace, but once Gilad Erdan became Public Security Minister in 2015, police learned to put a quick end to these schemes. On Saturday night (and the next night), the police responded quickly, and firmly. Within minutes, the entire Temple Mount was emptied out, without incident.

Temple Mount groups currently fear that violent Arabs will try to mar the upcoming Jerusalem Day celebrations by forcing the police to close the Mount to Jewish visitors on that day. This year, Ramadan – with its increased religious/nationalist fervor – coincides with the Jewish month of Iyar, and Jerusalem Day (the day Israel captured the Old City of Jerusalem in 1967) is on the 28th of Iyar.

Israeli police are worried about something called Itikaf: several days, generally during Ramadan, when worshipers remain in the mosque and engage in matters of the spirit. But rioters sometimes come pretending to be practicing Itikaf and instead spend their time fomenting trouble and preparing attacks.

Yet another active “front” in the battle for the Temple Mount is the Gate of Mercy (Golden Gate) compound. This past February, a hoard of Arabs broke into the area, which had been closed for years by police order, and announced their plans to establish another mosque on the Mount.

The Israeli government cannot be said to have acted with determination in removing them. In fact, the area remains open to Muslims even now. However, their plans to build a mosque there appear to have been shelved – while parallel Jewish plans to reserve the site for a synagogue also remain on hold.

Israel’s official policy protects freedom of religion and worship for all faiths – in sharp contrast to the policy of many Arab Muslim regimes. Jordan prevented Jews from frequenting holy sites in the Old City between 1948 and 1967 when it controlled the area. Even now, non-Muslims suffer from discrimination on the Temple Mount at the hands of the Islamic Waqf.

They are permitted to visit the site only at fixed times, which are sometimes arbitrarily changed. Jews in particular are often subjected to harsh rules and guidelines. For example, no Jew is allowed to pray anywhere on the Temple Mount.

PA chairman Mahmoud Abbas has blatantly incited violence against Jews on the Mount. “All means must be used to prevent Jews from going up to the [Mount],” he had said. He has also disseminated the lies that no Jewish Temples ever existed on the Mount and that Jews “attack” and “desecrate” the Al-Aqsa Mosque there.

The battle for Jerusalem and its holy sites thus continues in full force, even if beyond the radar of most news outlets and consumers. As history marches on before our eyes, let us not stand passively by!

To participate in efforts on behalf of united Jewish Jerusalem, or to take part in a geopolitical tour of Jerusalem, visit KeepJerusalem.org or e-mail info@keepjerusalem.org. 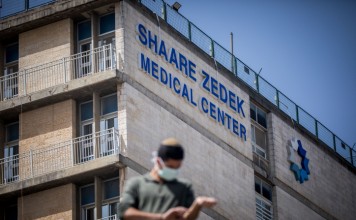