Have we learned the lesson of the great lack of unity that brought about the destruction of Jerusalem in days of yore? To a great extent, yes.

When we talk about old national memories, most countries can’t really relate – for their memories don’t go quite as far back as ours. Take the U.S. Its first rumblings of independence were felt the same year that we marked exactly 2,600 years since we built our First Holy Temple in Jerusalem.


Most other United Nations members are only a few centuries older or younger than the United States. Kuwait, for instance, just celebrated its 54th birthday last month, while Great Britain was founded perhaps 1,000 years ago, some two and a quarter millennia after the Jews received their founding documents at Mt. Sinai.

One of our medium-term memories goes back “only” about 2,500 years, to the time when our capital city of Jerusalem was first sacked and razed by our enemies. It happened on Tisha B’Av, which we will commemorate yet again this weekend with fasting, dirges, and sad longing. This date marks, as well, several other catastrophic days in the Jewish calendar:

* The destruction of both Holy Temples.

* The sin of the Twelve Spies and the Divine decree that Israel wander for 40 years in the desert instead of immediately entering the Holy Land.

* The failure of the Bar Kochba uprising in the second century.

* The end of legal Jewish residence in Gush Katif in 2005, when nearly 9,000 Jews were made homeless.

But chief among our sad memories of this day is what occurred in Yerushalayim in the 7th decade of the first century of the Common Era. Simply put, it was a civil war even more cruel, senseless, and tragic than a normal civil war. The American Civil War, for instance, was fought for a defined purpose, with no external enemy threatening the two adversaries; one side would win, period. The Jerusalem Civil War, however, was fought in the shadow of a looming threat from without – giving the impression that the objective was nothing more than the right to lead the nation to defeat by the Romans.

As the Talmud relates, “The biryonim [zealots] were then in the city. The rabbis said to them: ‘Let us go out and make peace with the Romans’ – but the zealots would not let them, and instead said, ‘Let us fight them.’ The rabbis said: ‘You will not succeed.’ The zealots then rose up and burnt the stores of wheat and barley so that a famine ensued.

Famous Land of Israel expert Ze’ev Vilnai continues the story from there with this understatement: “Between the two camps [in Jerusalem] led by Shimon [bar Giyora] and Yochanan [of Gush Chalav] reigned enmity and hatred, leading to fighting between them – and this led to a weakening of the [Jewish] fighting force against the approaching enemy.”

The Roman general Vespasian waited patiently outside the city, allowing the warring Jewish forces to kill off each other. Soon, his son Titus took over, and brought his forces to the wall surrounding Jerusalem. Only then did the warring factions unite – but much too late to save the city, which the Romans proceeded to sack.

The Jewish people thus suffered not only hundreds of thousands of dead, but also the loss of their national independence and of their spiritual/national headquarters, the Beit HaMikdash.

Thus comes to life our well-known Talmudic teaching: The Temple was destroyed because of baseless hatred. Jews were willing to kill each other to promote their own worldview – and thus the entire nation was defeated and decimated.

Have we learned the lesson?

Perhaps surprisingly, we have. “Baseless love” between Jews is a well-imbued cliché, promoted in nearly every Jewish educational forum in one way or another – schools, synagogues, seminars, and gatherings of all types. Obviously, words and deeds are not the same, and many people talk love but don’t quite practice it. But it is equally clear that words do have a strong impact on our deeds and accepted norms. The fact is that the concepts of hearing, and learning to live with, the opinions of others – without necessarily accepting them – perpetually top our lists of priorities and objectives.

Wholesale murder? Burning food supplies in order to cause starvation? We’re not even near there. It is patently obvious that the sanctity of life is something our society holds very dear; we have trouble killing even our enemies.

Needless to say, this does not mean we do not disagree. Everyone who lives in Israel or amidst the Jewish people in any framework well knows the extent of our differences and even discord. So what? The problem is not in disagreeing, as has oft been said, but in how to disagree. We have learned our lesson regarding killing and violence, and we still have a way to go in terms of name-calling and simple lack of listening. We have solved the problem of causeless hatred that leads to murder, but we have not yet solved it regarding how we speak about and to each other. Progress has been made, and we continue onward.

Thus, this Tisha B’Av, we must remember the words of our sages: “If the Temple is not rebuilt in a given generation, it means the problem of causeless hatred has not yet been totally solved.”

But one other thing we must also remember: When we look around at the built-up holy city of Jerusalem, and the millions of Jews who have returned home to build a society based on our historic traditional values, and the improvements we have made in many areas – social, technological, etc.– we know we are closer than ever to saying goodbye to Tisha B’Av mourning and greeting the Redemption that is to sprout on that very day.

To help promote the cause of a united Jerusalem under Israeli sovereignty forever – and thus national unity in general – and to take part in bus tours of critical parts of Jerusalem, send an e-mail to tours@keepjerusalem.org. And visit Keep Jerusalem-Im Eshkachech’s website at www.keepjerusalem.org. 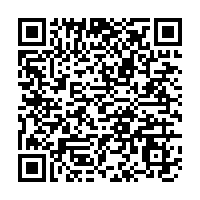