Palestinian Authority President Mahmoud Abbas has spent the past few years accusing Israel of “piracy,” “theft” and “blackmail.” What is all the name-calling about?


Abbas, it seems, is furious about Israel’s decision to deduct millions of dollars from the Palestinian Authority’s tax revenue dues as a punishment for paying part of the money to families of Palestinian terrorists.

Under the terms of the Oslo Accords, signed between Israel and the PLO in 1993, Israel collects duties on imports that reach the West Bank and the Gaza Strip via Israeli ports, in addition to other taxes, and forwards a large sum of it to the Palestinian Authority, after deducting payments for water and electricity.

Abbas has repeatedly condemned Israel for also deducting some of these payments to compensate Israel for a Palestinian policy of “pay-to-slay” — which incentivizes terrorism as a seductive job — and has vowed to continue paying salaries to the families of Palestinian terrorists who are in Israeli prisons or were killed while carrying out terror attacks against Israel.

“Even if we have only a penny left, we will give it to the martyrs, the prisoners and their families,” Abbas said in July 2018. “We view the prisoners and martyrs as stars in the skies of the Palestinian struggle, and they have priority in everything.”

On several occasions, Abbas has used the words “piracy,” “theft” and “blackmail” to denounce the Israeli move. He claimed that by deducting the same amount of money paid to the terrorists’ families from the tax revenues, Israel was “waging war” on the Palestinians.

In a parallel worth noting, the Palestinian leader’s critics and political rivals say that Abbas is the one engaged in piracy, political extortion and theft of Palestinian money.

While Israel is deducting these funds to stop the Palestinian Authority from paying reward-money to families of terrorists, Abbas is trying to silence his critics and political opponents by cutting their salaries or depriving them of their pensions.

This suppression has, in fact, been a longstanding policy for Abbas, but it has failed to capture much interest on the part of the international community and media. Abbas’s policy aims to send a warning to all Palestinians: “If you say a bad word about me, I will cut your salary and deprive you of your pension and other financial and social privileges.”

One of the victims of this policy is Sufyan Abu Zayda, a senior Palestinian official and member of Abbas’s ruling Fatah faction.

Abu Zayda, who previously served as a minister in the Palestinian Authority cabinet and was involved in peace talks with Israel after the Oslo Accords, discovered last year that the PA had halted his pension payments without any explanation. Although he obtained a court order for the PA to rescind its decision, Abu Zayda has still not seen a penny in his bank account.

Now Abu Zayda is accusing Abbas and the Palestinian leadership of stealing his pension and is threatening to take his case to international institutions.

“I know that you personally have nothing to do with the evil decision to cut my salary, but that does not relieve you of responsibility by virtue of your position. For me, money is not the only issue. Rather, this is a matter of rights and an issue of dignity. I’m not someone who surrenders to the theft of his rights in broad daylight.”

Abbas has not offered any explanation for having cut the pension, but Palestinians believe the punitive measure came in response to Abu Zayda’s recurring criticism of the Palestinian Authority and his affiliation with Fatah leader Mohammed Dahlan, an arch-rival of Abbas currently living in self-exile in the United Arab Emirates. Dahlan fled the West Bank in 2011 after falling out with Abbas and his sons.

Abu Zayda, however, is not the only senior official who has been deprived of his salary because of his political views or criticism of Abbas and the Palestinian leadership.

Last year, 47 members of the Palestinian parliament (Palestinian Legislative Council) also awoke one morning to discover that they had lost their salaries, apparently because of their affiliation with Hamas and other opposition groups.

Hassan Khraisheh, an independent deputy speaker of the parliament and longtime critic of Abbas and corruption in the Palestinian Authority, was among those whose salaries had been trimmed. Khraisheh denounced the move as “flawed and irresponsible” and said that “killing a person was easier than cutting off his or her source of livelihood, against the backdrop of political rivalry.”

He called on Abbas to assume responsibility and end “the catastrophic situation that our Palestinian people have reached due to the state of division [between the Palestinian Authority and Hamas] and the hatred that is growing day by day. Real leadership is one that transcends unity and achieves cohesion among the people. Those who practice hatred are not leaders and they will never be.”

In 2017, another five members of the parliament complained that Abbas had cut their salaries because of their outspoken criticism of the Palestinian Authority and its policies. The five, who belong to Abbas’s Fatah faction, are: Majed Abu Shamaleh, Ala’ Yaghi, Abdel Hamid al-Eileh, Najat Abu Baker and Ni’meh al-Sheikh.

In the past five years, thousands of Palestinian civil service and security employees in the Gaza Strip have also fallen victim to Abbas’s policy. Abbas’s move is seen by Palestinians in the context of his repeatedly failed attempts to undermine his Hamas rivals and punish them for their violent takeover of the Gaza Strip in 2007, a move that resulted in the humiliating toppling and expulsion of the Palestinian Authority from the coastal enclave.

Palestinian human rights organizations have strongly condemned Abbas for using the salaries and pensions as a means of extortion against his political rivals and critics.

The Palestinians who have been deprived of their financial rights and privileges continue to protest Abbas’s measures, and refer to them an act of piracy and theft on his part.

In the past few weeks, it turned out that Abbas was also using money to punish his partners in the PLO, but for the wrong reason. He halted funding to the Popular Front for the Liberation of Palestine (PFLP), a Marxist terrorist group founded by George Habash in 1967, and one of several Palestinian groups forming the PLO. As such, the PFLP, like the other groups, receives monthly funding from the PLO.

The PFLP is now accusing Abbas of “piracy,” “political extortion” and “theft” because he stopped the PLO funding to the group.

Abbas, in other words, is not reining in the PFLP. He is simply retaliating against it as part of his long-term project to silence critical voices and political rivals. While he appears unfazed by the PFLP’s continuing terror attacks against Israel, he is quite up in arms about the group’s dissatisfaction with him.

The Palestinian leadership’s ongoing efforts to muzzle its critics not only deprives Palestinians of their salaries and pensions, it also involves intimidation and arrests.

Defunding a terrorist organization is a good thing, but when it is done for the wrong reason — political pressure to force the organization to stop criticizing the leadership — it actually plays into the hands of extremist groups such as the PFLP and Hamas, wins them further sympathy among the Palestinian people and actually encourages people to join those radical groups.

Similarly, cutting salaries and pensions to political opponents for daring to speak out against corruption, in addition to the epic policy failures of the Palestinian leadership, are also doomed to drive these people into the open arms of terrorist groups such as Hamas and Palestinian Islamic Jihad.

The next time Abbas accuses Israel of “piracy” and “theft” of Palestinian money, the international community might inquire into the Palestinian leader’s own practice of depriving his people of their livelihoods because of their political affiliations and resistance to his policy of plunder. 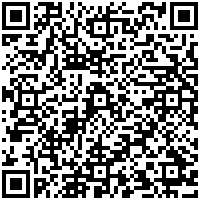