After rejecting and strongly condemning US President Donald Trump’s plan for Mideast peace, the Palestinian leadership has now found the time to threaten Arabs not to make peace with Israel. In addition, Palestinian leaders have also stepped up their attacks against the US and are inciting Arabs against the Americans and Arab leaders who maintain close ties with the Trump administration.


The vicious Palestinian attacks on the US increased after Trump announced last week his “Peace to Prosperity” plan for peace between Israel and the Palestinians.

Shortly after the announcement, Palestinians took to the streets of Ramallah and other West Bank and Gaza Strip cities to burn photos of Trump and Israeli Prime Minister Benjamin Netanyahu, as well as US and Israeli flags. The protests erupted shortly after Palestinian Authority President Mahmoud Abbas delivered a speech in Ramallah in which he rejected the Trump plan, dubbing it a “conspiracy” and “slap of the century.”

The Palestinians’ attacks on the US and Israel came as a surprise to no one. Palestinian officials have a long history of inciting their people against both countries. Sometimes it even seems as if these officials are competing with each other as to who can use the harshest rhetoric against them.

The vitriolic rhetoric against the US and Israel plays into the hands of Iran’s proxies in the region, particularly Hamas and Palestinian Islamic Jihad (PIJ) — the two Gaza-based groups that reject Israel’s very right to exist and continue to engage in anti-Israel terrorism as a means to “liberate all Palestine, from the [Mediterranean] sea to the [Jordan] river.”

When Abbas tells his people that he will cut all ties with the US, he is actually endorsing the anti-US policies of Iran, Hamas and PIJ. In the eyes of these three parties, the Trump plan is a new “American aggression” and “conspiracy” against the Palestinian people and their rights. In the past week, for instance, he has repeatedly condemned the plan, also known as the “Deal of the Century,” as a “conspiracy” designed to eliminate the Palestinian issue. In Arabic, when Abbas talks about the US and the Trump plan, he sounds exactly like Hamas and PIJ.

Next week, Abbas is planning to urge the United Nations Security Council to reject the Trump peace plan on the pretext that it “contradicts international laws and legitimacy.”

His drive against the Trump plan also coincides with a campaign waged by his PA and other Palestinians against Arabs allegedly engaged in normalization with Israel.

The latest victim of this anti-normalization campaign is Lieutenant-General Abdel Fattah al-Burhan, Chairman of the Sovereignty Council of Sudan, who recently met in Uganda with Netanyahu. As a result of the campaign of incitement, the Sudanese leader is now being depicted on various social media platforms as a “Zionist agent,” “traitor” and “pig.”

One post featuring him wearing a Jewish skullcap with the Star of David in the background, sarcastically refers to the Sudanese leader as Abdel Fattah Menahem — implying that he is not an Arab, but a Jew — if being a Jew is something terrible.

Burhan had not signed a peace treaty with Israel. He had not announced that his country was establishing diplomatic relations with Israel. He had not even announced that Sudan had decided to recognize Israel’s right to exist. All he did was to meet with Netanyahu. For Abbas and the PA leadership, the mere meeting was enough to wage a smear campaign against the head of an Arab state.

This is the same Abbas whose predecessor as PA president, Yasser Arafat, in 1993 signed the Oslo Accord with Israel, marking the beginning of a “peace process” that also saw the PLO officially recognize Israel.

If Abbas is so strongly opposed to Arabs talking to Israelis or making peace with Israel, why does he continue to talk with the leaders of Egypt and Jordan — the only two Arab countries that have peace treaties with Israel? Why is it permissible for Egypt’s Abdel Fattah Sisi and Jordan’s King Abdullah to have diplomatic relations with Israel, and not permissible for the leader of Sudan to sit with the Israeli prime minister?

Would Abbas and the Palestinians dare to unleash a campaign of incitement against Sisi and King Abdullah because of Egypt’s and Jordan’s peace treaties with Israel? Of course not: Abbas might well be afraid that Egypt and Jordan would retaliate by punishing the Palestinians living there or banning Palestinian leaders from visiting Cairo and Amman.

The Palestinian attacks on the Sudanese leader seem to reflect Abbas’s and Palestinians’ fears of being abandoned by their Arab brothers. These fears are not unjustified. Several key Arab states, including Saudi Arabia, the United Arab Emirates and Egypt, seem to be fed up with the ongoing Palestinian rejection of every proposed peace plan with Israel. The Palestinians have never even proposed a counter-offer.

Echoing the growing Palestinian sense of frustration and disillusionment with their Arab brothers, several senior Palestinian leaders took turns this week assailing the Sudanese leader for his brief encounter with Netanyahu.

As far as the Palestinians are concerned, Burhan is easy prey because Sudan is not a neighboring country (as are Egypt and Jordan) and only a small number of Palestinians live there.

PLO Secretary-General Saeb Erekat was the first to come out against the Burhan-Netanyahu meeting in Uganda.

Erekat described the meeting as a “stab in the back of the Palestinian people and a blatant departure from the [2002] Arab Peace Initiative, at a time when the administration of President Donald Trump and Israeli Prime Minister Netanyahu is trying to liquidate the Palestinian issue and annex Jerusalem.”

The PA’s Grand Mufti of Jerusalem, Muhammad Hussein, warned of the “growing phenomenon of normalization with the Israeli occupation and its dangerous effects on the Palestinian issue.” The Palestinians, he said, “are following with great pain and anxiety this bitter, disgraceful and rejected phenomenon.”

Another senior PLO official, Ahmed Majdalani, incited the Sudanese people against their leader by urging them to “take the necessary measures to confront” his policies.

Other Palestinian officials went as far as demanding that Burhan “apologize” for his meeting with Netanyahu.

The Palestinians’ threats and condemnations of Burhan seem primarily aimed at deterring Arabs from even considering the possibility of making peace with Israel. The former stand-off was working brilliantly for the Palestinians; why stop?

Arab heads of state now have the opportunity to decide whether they will permit Palestinian leaders to continue their time-tested strategy of terrorizing everyone into submission, or — unlike the Palestinian leaders — to seek the best for their own people. 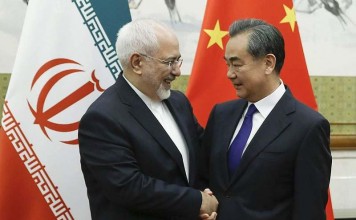 Iran, China, Promise to be the Biggest Tests of Biden’s Presidency in 2021 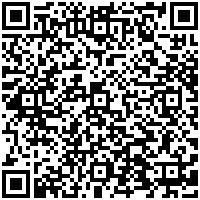