Thousands of Palestinian schoolchildren have been receiving military training in the Gaza Strip to prepare them for jihad against Israel.

According to Mohamed Siam, a senior official with the Hamas-run ministry, some 9,000 high school children have already joined 36 camps throughout the Gaza Strip and are being taught how to use various types of weapons and handle explosives.


Hamas says that the purpose of the camps is to prepare Palestinian children, both militarily and psychologically, for the “liberation of Palestine, from the Jordan] river to the [Mediterranean] sea,” in other words, all of Israel.

How can anyone talk about the two-state solution when thousands of Palestinian children are being trained to use weapons and explosives to replace Israel with an Islamic state? Does Mahmoud Abbas really believe that these schoolchildren will ever accept his strategy of peace with Israel? These are questions the West needs to ask itself before once again pressing for a two-state solution.

The training is being held under the supervision of the Hamas government’s Ministry of Education, and the training camps have been named Al-Futuwwa [meaning, spiritual chivalry].

According to Wikipedia, Al-Futuwwa was the name of the Hitler-Jugend [Hitler Youth] style of pan-Arab fascistic and nationalistic youth movement that existed in Iraq in the 1930s and 1940s. In 1938, the Al-Futuwwa youth organization sent a delegate to the Nuremberg Nazi party rally, and in turn hosted the Hitler Youth leader Baldur von Schirach. In 1941, the fascistic pan-Arab Al-Muthanna Club and its Al-Futuwwa movement participated in theFarhud attack on Baghdad’s Jewish community.

Last week, during a graduation ceremony for thousands of school children, Hamas Prime Minister Ismail Haniyeh declared that his movement was planning to establish a military academy for training and educating seventh and ninth graders. The goal, he said, is to prepare Palestinian children for jihad against the “Zionist entity.”

Addressing the cadets, Haniyeh declared: “You are the future leaders. You will march your people toward freedom and dignity. The Al-Futuwwa will end in victory and the liberation of all Palestine, “from the Jordan River to the Mediterranean Sea.”

Not surprisingly, parents in the Gaza Strip have not protested against this form of child abuse. Many parents, in fact, seem to like the idea that their children are being trained how to handle explosives and various types of weapons.

More disturbing is that only a few of the dozens of Western-funded human rights organizations that operate in the Gaza Strip have raised their voices against Hamas’s abuse of children. Even the United Nations Children’s Fund (UNICEF), which was created to work for children’s rights, their survival, development and protection, has yet to condemn Hamas for recruiting school children to its military apparatus.

Many of Hamas’s children will undoubtedly be sent to the battlefront during the next round of fighting with Israel. Some will also be dispatched on suicide missions against the “Zionist enemy,” while others will be provided with assault rifles and rockets to be used against Israeli targets.

By poisoning the hearts and minds of schoolchildren, Hamas is raising an entire generation of Palestinians on glorification of suicide bombers, jihad and terrorism.

These are questions that Abbas needs to ask himself as he continues to seek unity with Hamas; and that the West might do well to ask itself, too. 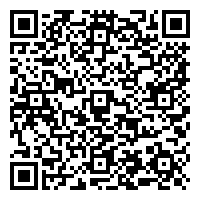