It is hard to find one Palestinian who believes that U.S. President Barack Obama’s visit to the region will lead to a breakthrough in the Middle East “peace process.”


Palestinian Authority officials in Ramallah said they too are not pinning any hopes on Obama’s visit. “The situation is much more complicated than Obama thinks,” remarked a top P.A. official in a briefing ahead of the U.S. president’s visit. “We do not believe we will see any changes on the ground.”

But as Obama visits the region, he would do well to take the following facts into consideration:

1. Any agreement reached between Israel and the Palestinian Authority would be rejected by a large number of Palestinians, especially Palestinian refugees who continue to insist on the “right of return” to their former villages inside Israel.

2. A majority of Arabs and Muslims would also reject a peace agreement between Israel and the Palestinian Authority, especially in wake of the “Arab Spring,” which has seen the rise of Islamists to power in a number of Arab countries. It is hard to see how the ruling Muslim Brotherhood organization in Egypt, for example, would welcome any peace agreement with the “Zionist entity.”

3. Even if a Palestinian state were established in the West Bank [Judea and Samaria], Hamas and other groups would work to take control of it and, with the help of Iran and Al-Qaeda, turn it into a launching pad for attacking Israel and other neighbors. The Palestinian Authority is in power there thanks to the presence of the Israel Defense Force. Ironically, ending Israeli “occupation” would also bring an end to Abbas’s rule.

4. Most Palestinians do not see the U.S. as an honest broker. Any agreement reached under the auspices of the U.S. Administration would be received with utmost suspicion. Already, many Palestinian activists are waging a campaign on Facebook and Twitter to “prevent Obama from desecrating the land of Palestine.” The activists have called for “huge demonstrations” to protest against Obama’s visit; they are even preparing shoes to throw at his motorcade.

5. With the exception of Fatah, all Palestinian organizations — primarily Hamas, Islamic Jihad, the Popular Front for the Liberation of Palestine and the Democratic Front for the Liberation of Palestine — would automatically reject any peace agreement with Israel for various reasons. Some of these groups want to see Israel wiped off the face of the earth, while others believe that Israel would never accept all their demands, such as a full withdrawal to the pre-1967 lines and the release of all Palestinian prisoners.

6. The Palestinians are divided into two camps not only geographically, but also ideologically. The first is a radical camp that does not want to deliver on any front: it believes that Israel has no right to exist. The second is the less-radical camp, or the “moderates.” This second camp is also not able to deliver: it does not have enough control over the Palestinian territories, let alone a mandate from the Palestinians.

7. Abbas is opposed to the idea of reaching an interim agreement with Israel that would lead to the establishment of a temporary Palestinian state on the parts of the West Bank [Judea and Samaria] that are controlled by the Palestinian Authority.

9. Many Palestinians, including Abbas and the Palestinian Authority leadership, are opposed to the resumption of peace talks unless Israel releases a significant number of Palestinian prisoners, halts all construction in settlements, as well as east Jerusalem, and accepts the pre-1967 lines as the future borders of a Palestinian state.

10. Palestinian Authority President Mahmoud Abbas does not have a mandate from his people to reach any agreement with Israel: his term in office expired in January 2009. 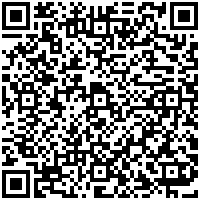