Facing discrimination, poverty, and misery, Palestinians residing in Iraq have finally broken their silence in an attempt to draw the world’s attention to their predicament. The Palestinians are accusing the Iraqis and the United Nations of taking a series of measures that have further aggravated the conditions of hundreds of Palestinian families in Baghdad and other Iraqi cities.


In a letter to the Iraqi newspaper Al-Youm, Palestinians complained that “the animals that live in European countries have a better life than us.”

These animals, the refugees said, “have someone to defend them, protect them and provide them with housing worthy of human beings. As for us, the Palestinians, there is no local or international official or organization that inspects our conditions.”

The Palestinians’ complaint was mainly directed against the United Nations High Commissioner for Refugees (UNCHR), after its decision to halt financial aid to Palestinian families in Iraq.

“UNHCR lied a lot to us,” the Palestinians wrote. “We have become victims like sheep surrounded by wolves. Even the [Israeli] enemy has not acted in this way.”

The Palestinians pointed out UNCHR had informed a large number of Palestinian families in Iraq of its decision to cease disbursement of rental allowances starting March 2020.

Issued at the end of last year, the decision to stop paying for rent and other services threatens to displace about 300 families receiving assistance through a special program approved by UNCHR about 15 years ago.

The Palestinian Authority ambassador to Iraq, Ahmed Akel, warned that the humanitarian condition of the families will deteriorate due to the abrupt removal of the rental allowances. Akel said that the Palestinian Authority embassy contacted the UN offices in order to obtain the lists of families who will no longer receive rent allowances and to learn about the real motives behind the decision.

Despite the ambassador’s statement, the Palestinian families said that all Palestinian officials have ignored their appeals for help.

“Are we really Palestinians?” they asked in their letter.

“If we were not Palestinians, our situation would have been better, and we would have seen [Palestinian] officials fighting valiantly to recover our rights. We are not beggars. We only want our legal rights. We are human beings, and all we’re asking for is shelter for our children. We don’t want any party to trade in us as if we were a flock of sheep.”

Before the downfall of Saddam Hussein’s regime in 2003, there were about 34,000 Palestinians living in Iraq. Only a few thousand Palestinians are now living there, and many face harassment, threats of deportation, media scapegoating, arbitrary detention, torture and murder.

Iraqis’ contempt for Palestinians reached its peak last month during Al-Quds Day (“Jerusalem Day”) celebrations in Baghdad. Many Iraqis were unhappy with the event, often used to express Arab and Islamic solidarity with the Palestinians.

Most of the comments by Iraqis on social media platforms included anti-Palestinian insults and held Palestinians responsible for terrorism in Iraq.

“Whoever wants to liberate Jerusalem and Palestine should respect the human rights of the Palestinians,” another Palestinian commented. “They should also release Palestinian prisoners and restore payments to widows and children. We say it to our Iraqi brothers: Your priority should be to solve your problems and improve your conditions.”

“We want you to stop insulting Palestinians and Palestine,” said a third Palestinian, addressing the Iraqis.

Earlier this year, Palestinians living in Iraq took to the streets to demonstrate against UNCHR’s decision to stop paying housing allowances to Palestinian families. They also protested an Iraqi government decision to abolish a pre-2003 law that granted Palestinians equal rights to Iraqis.

“The Palestinians [in Iraq] primarily suffer from unemployment and poor living standards,” Nabil Samara, a Palestinian activist involved in organizing the protest, said.

“This is not to mention that they are ineligible for government employment under Iraqi law. Since the Saddam Hussein regime was ousted in 2003, the Iraqi government has not kept the promises they made to Palestinian President Mahmoud Abbas. On the contrary, Iraqi authorities withheld food ration cards and cut welfare salaries. Also, the wives of [late] Palestinian employees were denied pensions.”

Yonadam Kanna, the first Christian member of the Iraqi parliament since 2003, told The New Arab website that a Palestinian living in Iraq does not have equal rights.

“One of the most important items that we seek to enact is the right to own property, inheritance and retirement,” Kanna said. “There are people who have worked in the country for 30 years without any rights.”

Palestinian activist Ahmed Abdullah noted that the children of the Palestinian community who are concentrated in Baghdad suffer from extremely poor financial conditions. “Some families are no longer able to provide meat for meals or buy used clothes,” Abdullah said.

The Iraqi mistreatment of Palestinians is yet another example of the discrimination Palestinians have long been facing in Arab states, particularly Lebanon. It has “an elaborate racist political system designed to discriminate against Palestinians,” according to Palestinian journalist Zaher Abu Hamdeh. Palestinians living there are banned from working in many professions, including medicine, law, and engineering, as well as from holding jobs as taxi drivers and barbers.

Given mounting tensions between the Palestinians and several Arab states, particularly the Gulf countries, it is unlikely that the Iraqis will upgrade their treatment of the Palestinians.

The Arab states unremittingly subject Palestinians to apartheid and discriminatory measures. Yet the heads of the UN and its member states seem too busy with their obsession with Israel to attend to the pleas of these Palestinians, who are being deprived of basic rights in Iraq and throughout the Arab world. 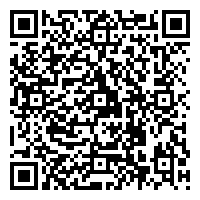