If the United States is worried about imposing harsher sanctions on Iran, it should not give those concerns a second thought. Being unpopular with people who do not wish you well is probably the price of true leadership.

Those who are worried, and should be worried, are Iran and its Palestinian allies and friends.

The US administration has decided to reinstate the sanctions against Tehran that were removed under the 2015 “nuclear deal.” These sanctions are part of Washington’s effort to curb Iran’s missile and nuclear programs and diminish its influence in the Middle East.

Iran has two major allies in the Palestinian arena: Hamas and Palestinian Islamic Jihad (PIJ), the Islamist groups that control the Gaza Strip and do not recognize Israel’s right to exist. Were it not for Iran’s financial and military support, these two Palestinian groups would long ago have lost their grip on Gaza.

Now that the sanctions on Iran have been reinstated, Hamas and PIJ are strongly condemning the US administration and pledging full support for Iran.

“The US sanctions are aimed at undermining security and stability in the region,” the Hamas leadership said in a statement. The sanctions, Hamas added, are also designed to undermine Palestinian “steadfastness in the face of American plans and schemes.” Hamas, the statement continued, “stands with the Iranian government and people in the face of this American-Zionist arrogance.”

Hamas leaders often boast of Iran’s support for their group and other Palestinian armed groups in the Gaza Strip. According to Saleh Arouri, a senior Hamas official, Iran continues to provide “major” aid to the Palestinian “resistance” groups that are fighting against Israel. “Iranian support for the Palestinian resistance has never stopped,” Arouri said in a recent interview. “This support is a sign of Iran’s seriousness in confronting the Zionist entity.”

What the Hamas official is actually saying is that thanks to Iran’s support, the Gaza-based Palestinian groups have been able to launch thousands of missiles at Israel in the past decade. He is also saying that thanks to Iran’s backing, Hamas continues to hold hostage the two million residents of the Gaza Strip, whose lives have been literally destroyed by the Hamas leaders’ policies.

The response of PIJ to the sanctions against Iran is even more surreal. In a statement issued in the Gaza Strip, the PIJ leadership accused the US of engaging in “thuggery and terrorism” not only against Iran, but also against Palestinians and all Arabs and Muslims.

This charge is coming from a jihadi organization that has wounded and killed thousands of Israelis in terrorist attacks during the past three decades.

The entire ideology and strategy of PIJ has been based on terrorism and thuggery; its objectives have been — and still are — the destruction of Israel and the establishment of a sovereign, Islamic Palestinian state.

Particularly disturbing about the reactions of the Gaza-based groups to the sanctions on Iran is the threatening nature of the tone they take towards the US. Their fierce anti-US rhetoric can be seen as a call to Arabs and Muslims to target American interests and citizens in the Middle East. Hamas and PIJ are telling Arabs and Muslims, in no uncertain terms, that the Americans have become their No. #1 enemy because they are punishing an Islamic country and because they are obstructing plans to continue the fight against Israel.

The renewed US sanctions on Iran are good news, however, for many Arabs and Muslims who feel threatened by Tehran’s actions and rhetoric. Iran has long been systematically working towards undermining moderate Arabs and Muslims in the region. Iran is already meddling in the internal affairs of Iraq, Syria, Lebanon, Yemen and the Palestinians, as well as some Gulf countries.

Many Arabs and Muslims share the view of US Secretary of State Mike Pompeo, who has identified Iran as the destabilizing force in the Middle East.

Echoing the fear of Arabs and Muslims from Iran, Anwar Eshki, a retired intelligence officer in the Saudi army and head of the Middle East Center for Strategic and Legal Studies, wrote on Twitter that Israel was a suspected enemy while Iran was a definite enemy. He explained that Israel had not fired a single bullet at Saudi Arabia, while Iran kept firing missiles at the kingdom and even at the holy city of Mecca, through the Shiite Houthi rebels in Yemen.

“The Ayatollahs must wake up from their crazy messianic dream and realize that the era of jihad wars, raids, occupations and revolution exports is over. The Iranian leadership must understand, like the Saudi crown prince, that we live in the 21st century and that we must work for the young generation and for progress. The ayatollahs must return to their natural place—the mosques—and let the statesmen take care of politics.”

The US sanctions on Iran are a severe blow to Tehran’s friends in Hamas and PIJ. These terrorist groups face a hazy future as the sanctions take their toll the economy of Iran. Weakening Hamas and PIJ will only serve the cause of peace and stability in the Middle East. This development is good not only for Israel, but also for the Palestinian Authority and its president, Mahmoud Abbas.

The Palestinian Authority (PA) hates Iran because of its support for its rivals in Hamas. The Palestinian ambassador to Paris was recently quoted as saying that Iran was funding the violent weekly protests along the border between the Gaza Strip and Israel.

One of Abbas’s senior advisors, Azzam al-Ahmed, last year accused Iran of being fully responsible for Hamas and Fatah’s ongoing dispute, which has resulted in a split between the West Bank and Gaza Strip.

Consequently, one would expect Abbas and his top aides to welcome the US decision to reinstate the sanctions against Iran. The Palestinian Authority leadership, however, has chosen to do no such thing. Instead of applauding the decision, Abbas and his officials are continuing their verbal attacks on the US administration and accusing it of promoting a peace plan aimed at “liquidating” the Palestinian rights and cause.

Ironically, the Palestinian Authority’s recurring attacks on the US administration play into the hands of Hamas, PIJ, and even Iran. 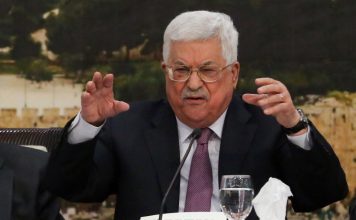 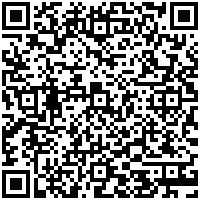