In the past two weeks, Palestinian Authority (PA) President Mahmoud Abbas and leaders of his ruling Fatah faction have repeatedly accused the UAE and its de facto leader, Crown Prince Mohammed Ben Zayed, of “stabbing the Palestinians in the back with a poisonous dagger” and betraying Al-Aqsa Mosque, Jerusalem, and the Palestinian cause.

They have also accused the Gulf state of acting in violation of the 2002 Arab Peace Initiative, which states that the Arab countries would normalize their relations with Israel only after a full Israeli withdrawal to the pre-1967 armistice lines and the establishment of an independent Palestinian state with east Jerusalem as its capital.

The accusations have prompted Palestinians to stage protests in Jerusalem, the West Bank and Gaza Strip, during which they burned UAE flags and pictures of Ben Zayed.

The Palestinian leadership, nonetheless, does not seem to care about the voices expressing concern over the damage caused to Palestinian-Arab relations as a result of the incitement against the UAE and its leader.

By ignoring these voices, Abbas and his associates are again showing that they have no problem acting against the interests of their own people. Worse, by condemning the Israel-UAE deal on a daily basis, the leaders of the Palestinians have made it clear that they prefer to side with Iran and its Palestinian and Lebanese proxies — Hamas, Islamic Jihad and Hezbollah — in rejecting any compromise with Israel.

“I want to apologize, in the name of the honorable among the Palestinian people, to the Emirati people and their leadership for the desecration and burning of the UAE flag in Jerusalem and Palestine, and for insulting the symbols of the beloved UAE.”

Suha went on to praise the UAE for its support of the Palestinian people, adding:

“Our generations need to read history well to learn how the UAE supported the Palestinian people and cause in the present and past. I apologize to the people and leadership of the UAE for any harm done by any Palestinian to this generous and kind [Emirati] people, who have always welcomed us.”

Suha’s “apology” drew criticism from some Palestinian officials, who said she was not entitled to speak on behalf of the Palestinians.

One of these officials, Monir al-Jaghoub, a senior member of Fatah, responded: “I did not mandate anyone to apologize on my behalf to the UAE after it normalized its relations [with Israel].”

Suha’s criticism of the Palestinian reaction to the Israel-UAE deal, however, is shared by other Palestinians, many of whom are afraid publicly to express their views out of fear of being targeted by the Palestinian security forces in the West Bank.

It is worth noting that Suha Arafat resides in Malta and not in the West Bank, where she probably could have been arrested or summoned for interrogation by the Palestinian Authority security forces.

Other Palestinians who are venturing to support the Israel-UAE deal are those living in the Gulf, especially in the UAE, who have a lot to lose because of the Palestinian leadership’s incitement. Tens of thousands of Palestinians live and work in the UAE and other Gulf states.

Dr. Muhannad Khanfar, chairman of the Palestinian Community Committee in the UAE, emphasized the depth of historical and strategic relations between the UAE and Palestine, according to the Dubai-based UAE newspaper Al Bayan.

Khanfar praised the UAE’s support for the Palestinians, particularly regarding humanitarian aid and the funding of various housing, health and educational projects in the West Bank and Gaza Strip. “The Palestinian people are grateful for these positions that express the strength of relations between [Emiratis and Palestinians],” he said.

“The peace treaty between the UAE and Israel comes as a significant breakthrough in the course of Arab-Israeli peace negotiations that have been stalled for 30 years. This important achievement reduces Arab expectations, which destroyed many of our lives and dreams and wasted billions of dollars that could have been invested in future generations and modern technology. As a Palestinian, I have full confidence in the wisdom of the Emirati leadership, its insightful vision and its authentic Arab affiliation. The Emirati move is an advanced step towards achieving a comprehensive peace.”

Salem Al Qaisi, a Palestinian intellectual and businessman living in the UAE, said:

“I have been in the UAE for 47 years, and I am proud to be in this honorable country. The people of the Emirates and all its rulers have always defended Arab issues. The [Israel-UAE] deal represents a wise and bold decision which will bring peace to the entire region.”

Moataz Fanous, a Palestinian legal adviser also living in the UAE, commented that the Emirati leadership has proven to the world that it has an active and vital role in making peace and supporting the Palestinian cause.

The deal, Fanous said, “came in support of Palestinian rights and interests because it opens a new door for dialogue and negotiation, and enhances peace in the Middle East.”

Saeed Nuri, an educational expert, thanked the Emirati leadership “for standing by the Palestinian right and a just peace,” noting that the UAE has in the past five provided material, political, economic and moral support to the Palestinians.

By welcoming the Israel-UAE deal and praising the Emirati leadership, these Palestinians are trying to do damage control to what Abbas and the Palestinian leadership have done by waging a vicious attack on Crown Prince Ben Zayed and accusing him of being a traitor.

Several citizens of the UAE, Saudi Arabia and other Arab states have strongly condemned the Palestinian leadership’s vehement attacks on Ben Zayed, including the burning of UAE flags, and have accused the Palestinians of being “ungrateful.”

By continuing their attacks on the UAE and other Arab countries that are reportedly considering establishing relations with Israel, Abbas and other Palestinian leaders are not only incurring massive damage to Palestinian communities in the Arab world, they are also feeding the ravening hunger of the anti-peace and rejectionist camp in the Arab and Islamic countries. By arresting and threatening Palestinians who dare publicly to promote the Israel-UAE deal, the Palestinian leaders are again demonstrating that they, like all other Arab dictators, evidently consider basic human rights a privilege they reserve for themselves alone. 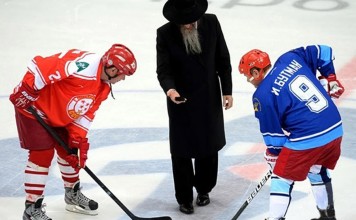