Home InDepth Columns Krakow Jewish Festival
Share on Facebook
Tweet on Twitter
The Jewish Culture Festival in Krakow is one of the most important and largest events of its kind in the world. The first one took place in 1988 and its program focused on a scholarly conference on the encounter between two cultures, Jewish and Polish. It was a modest occasion but it turned out to have enormous significance, considering the boldness of the subject matter, upon which the communist authorities of the day looked askance.

This year’s 18th Annual Jewish Cultural Festival in Krakow was a resounding success with a record number of people in attendance.

The festival was a conglomerate of Jewish music, art, literature, dance, traditional cooking, and tours of the area synagogues and cemeteries. Some of the performers at the festival included Chazan Benzion Miller, who has been participating in the opening concerts for so many years, that his absence would change the very nature of the festival.

While the festival usually focuses on contemporary Jewish culture, this year there were a lot of exhibits that focused on pre-Shoah culture. Jewish artists in Krakow between 1873-1939 and Unpainted Jew – XIX-century woodcuts from the collection of Alicja Schottlas were just two of the many beautiful exhibits.

The festival was also the setting for the ceremony, organized by the Museum of History of Polish Jews, of honoring Poles who have helped preserve Jewish memory in Poland.

While most of the festival is secular there was also a very strong religious content. The traditional Melaveh Malkah was very-well attended and the opening chazzanut concert on Sunday night that included Itzchak Meir Helfgot; Azi Schwartz; and Benzion Miller, accompanied by Daniel Gildar; Neimah Cantors’ Choir; and conducted by Marc Temerlies, played to a standing-room only crowd. Chief Rabbi of Krakow, Boaz Pash, gave a lecture in basic Judaism, while Hanna Kossowska covered the topic of Jewish cooking, and Chazan Miller taught chassidic songs.

Janusz Makuch, director of the festival

Being the 60th anniversary of Israel’s independence there were also many events reminding one of the Polish roots of Zionism. The Israeli Ambassador to Poland, Yossie Peleg, gave a number of lectures and circulated among the crowd spreading the word that, while Poland was once the home of world Judaism, today after the Shoah, the center of the Jewish world has moved to Israel, but Poland will always be remembered for its past role.

The goal of the festival has been to show that the Jewish people have been an integral part of the Polish nation for nearly a millennium, especially in the ancient capital of Krakow. There have been good times and bad, but for the most part, Judaism was able to develop more freely in Poland than any other European country. Since the Shoah, and the destruction of the Jewish community, both Poles and Jews have forgotten the close ties built over the centuries. The festival hopes to rebuild those ties.

“Another edition of the Festival is now part of history,” explained Festival Director, Janusz Makuch. But as we hope – it will remain forever in your memory and your hearts. We would like to extend our thanks to our sponsors and donors, as well as media patrons – without them we would not be able to organize our festival! A shaynem dank!” 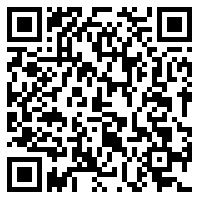